Yet another lunch break outing to Central Park recently led to a nursery of Common Raccoons Procyon lotor searching for food both natural and human-supplied in the vicinity of Turtle Pond.  The four youngsters, seemingly without the benefit of adult supervision, were trying their best to get into trouble but were a little too scared of humans to come up on the short boardwalk, though one did come close.  Mostly, all four raccoons spent their time swishing their paws through the water and mud at the edge of the pond, hoping to find something good to eat, though occasionally one stood up and looked at we humans with a plaintive look as if to say, “Hey, look at us digging through mud down here, how about a peanut or something!”

We humans resisted their adorable entreaties and gave them nothing, just marveled at the little creatures out and about on a very overcast day.  One woman mentioned rabies as a concern and I said that I pay pretty close attention to news about wildlife in New York City and I had not heard of rabies being a problem, especially in Central Park.  A quick google search when I got home showed that I was wrong; rabies has been found in a raccoon in Manhattan as recently as 2008, though that was way up in Inwood Hill Park.  As always when dealing with wildlife one should keep one’s distance and never pet, play with, or try to take home a wild animal, especially one that is a known rabies vector.

UPDATE: As of 7 December 2009, three raccoons in the northern portion of Central Park had tested positive for rabies, two in the last week.  Again, keep your distance when it comes to these cute and cuddly animals.

Anyway, enough talk of disease, on to the photos of the adorable raccoons! The only thing left to do at the end of this post is to decide which raccoons are cutest, these from Central Park or the one from Forest Park? 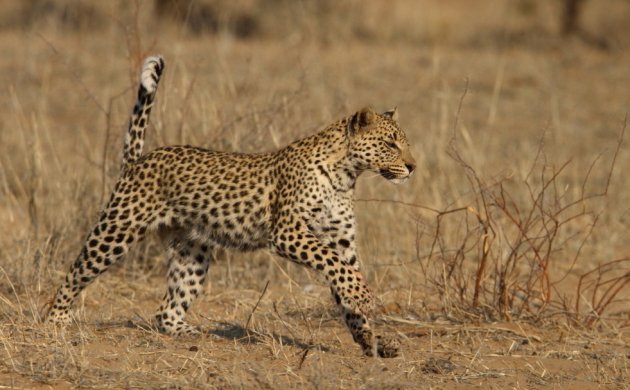 A morning in a Kalahari Leopard's life