January 7, 2022 by Tristan Lowery No Comments 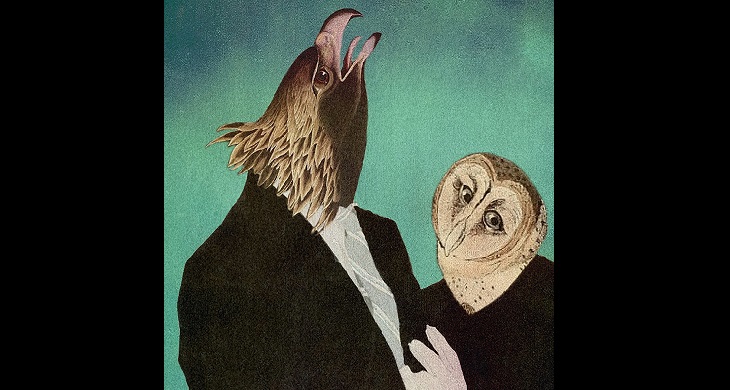 Now that we’re nearly a week into 2022, I’ve made a resolution for the new year to keep a more regular schedule posting here at Birds and Booze. 2021 was a busy, even tumultuous year for me, and while I always strive to stick my usual weekly posts, that wasn’t always possible. But that means I’ve got a lot of excellent stuff coming up for the next year, what with recent purchases around the holidays and backlogged tastings from last year to write up. And of course, I’m always on the lookout for new bottles and cans throughout the year.

That said, this will be a somewhat inauspicious start to the 2022 edition of Birds and Booze in that this week’s beer is from a brewery we’ve already featured on several occasions here and it’s a style we’ve gone over many, many times. Good Monster is a New England-style double IPA from Collective Arts Brewing of Hamilton, Ontario, which was released last April as a welcome addition to their “Core Lineup” of year-round offerings.

The can art is by Glendale, California artist Ilaria Cortesi. Titled Birson and Pird, this fanciful piece superimposes two bird heads from John James Audubon’s The Birds of America on black-clad human bodies. At first glance, it almost seems like a whimsical sendup of Grant Wood’s iconic America Gothic, sans pitchfork. True, there’s also no frame farmhouse in this background but replacing the female figure with a Barn Owl (Tyto alba) provides some agrarian continuity. However, the raptor filling in for the farmer isn’t bald (or bespectacled, for that matter), but a Golden Eagle (Aquila chrysaetos). I really have no idea whether American Gothic was in fact the inspiration for the art on Good Monster, but this is where the mind is wont to wander halfway through a pint of strong double IPA!

Is the can art of this beer really a mashup of Audubon and Wood, or have I just had too much double IPA?

Good Monster is brewed Citra, Amarillo, Mosaic, and Simcoe hops, four of the most popular varieties of the last decade or so. I think the Simcoe and Mosaic influence is especially strong in Good Monster, permeating this beer with the unmistakable fragrance of ripe peaches. There’s also a good dose of grapefruit and balsam fir in the bouquet, lending a wintry, almost Christmas-like counterpoint to the summery peach aroma. Juicy stonefruit flavors continue in the palate, along with tropical passionfruit, bright hints of guava paste and caramel, and a nice pineapple tang to the smooth finish. All that fruit – along with a soft, creamy mouthfeel – goes a long way in tempering the true eight-percent strength of this cloudy, orangey ale.

Stay tuned for more in the year to come – cheers!