It was extremely difficult to decide a winner of the Corvus: A Life with Birds giveaway.  Five stellar entries were received and all are deserving of victory but there can only be one winner.  Fortunately for this overworked and underpaid blogger I got to remove a couple of the entries from competition based on technicalities (future 10,000 Birds’ giveaway entrants should take note of our draconian adherence to the rules).  The winner, Paul Dubuc, chose to write his paragraph about the Fish Crow, quite possibly the least likely species of corvid that one would expect to be someone’s favorite.  I did enjoy all of the entries, and encourage everyone who entered to keep hope alive and enter the next contest that we here at 10,000 Birds come up with.  Thanks to everyone who entered and to Counterpoint Press for providing the motivation in book form to our entrants.  Keep an eye in your mailbox for your book, Paul.  And I hope you all enjoy the entries below.

First comes the disqualified entrants.  I really liked this first entry from Radhika Ramesh who is enamored of Blue Jays, a favorite of mine as well, but the hybrid paragraph/poetry simply went beyond our humble contest’s requirements.  Enter our next contest too, Radhika, because anyone who likes Blue Jays is a birder that I can get along with…

The Blue Jay has to be my favorite corvid – it was the very first bird I noticed from my balcony after I moved to the mainland United States from Hawaii, the first bird of the eastern United States  that I looked up in a field guide at a local public library, and one of the few birds that perked me up on those first few alone-at-home days. The Blue Jay also taught me the difference between structural color and pigment color when I learned that that gorgeous blue on the jay was not really blue at all! In a moment of silliness (or maybe jay-inspired happiness), I even composed a little something on the corvid (originally on my now defunct blog):

The Blue Jay.
Brightens my day.
With its pretty blue
Even if its not ‘true’.

Entry number two, from Alan Tilmouth, was also disqualified for lack of paragraph-ness.  It is definitely a nice quatrain though and describes the Black-billed Magpie delightfully.  I think magpies in general would do rather well if we had a corvid election.

The number one is Black-billed Magpie
Of all the corvids I have seen.
Black and white with flicking tail
that changes black to iridescent green.

Our final disqualified entry barely managed to be disqualified, and only because it went one sentence over the five-sentence limit.  Jason Kessler’s paragraph on the American Crow was well-written and compelling, and would have earned bonus points for referencing Bernd Heinrich, one of my favorite authors, if it hadn’t been just a tad too long.  Better luck next time, Jason!

My favorite corvid is the American Crow.  Their intelligence level, as pointed out by Bernd Heinrich, makes for a level of personal idiosyncrasy that requires larger study samples than many other species if one is to begin drawing conclusions.  If two Palm Warblers land at your feet and pump their tails, you might surmise, “Hmmm.  It seems that Palm Warblers pump their tails.”  But if you see two crows running across the backyard with squirrels heads in their mouths, your thought might be, “Oh, that’s just Heckle and Jeckyl; those two guys are nuts.”  So you add this observation into your study, and then observe on.  I find this challenge entrancing.

I don’t know why, but I never expected an entry dedicated to the Eurasian Jackdaw, but Amy Evenstad came close to winning this contest with her paragraph explaining why jackdaws are her favorite corvid.  I must say that the little experience I had with jackdaws made me rather fond of them as well.

Eurasian Jackdaws are my favorite corvid. They were the most common corvid and one of the most common birds I came across during my years living in the Netherlands. Their call is unmistakable. My brother-in-law, still living in the Netherlands, keeps a video diary and I am always so happy to hear calling jackdaws in the background when he brings the diary outside. They also have one of the coolest bird names ever.

Our final entry, the winner, by Paul Dubuc, makes Fish Crows sound like duck-imitating, chain-smoking, drunkards.  In other words, this was one inventive paragraph!  The only demerit this paragraph deserves is the non-sequitur-ish last sentence, but this minor flaw makes the paragraph more endearing, in this humble contest-judger’s opinion.

My ex-Marine, 5th-grade PE teacher informed me that if it looks like a duck and quacks like a duck, it’s probably a duck.  That’s a great aphorism for the principles of deduction and the laws of probability, Mr. Noffsinger, but what if it looks like a CROW and quacks like a duck, smart guy?    The Fish Crow sounds like an American Crow that has smoked ten packs of cigarettes and downed a fifth of Jack backstage at a Motorhead show, then stole Lemmy Kilmeister’s vocal organs (and his girlfriend) after drinking him under the table.  The Linnaean appellation ossifragus means “bone-breaker.”

Again, thanks to all of the entrants!  I only wish I had five copies to give away!

Pilgrim on the Great Bird Continent 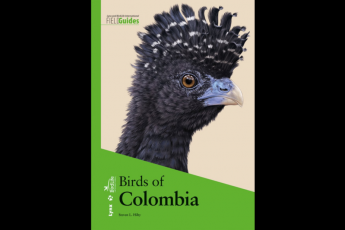 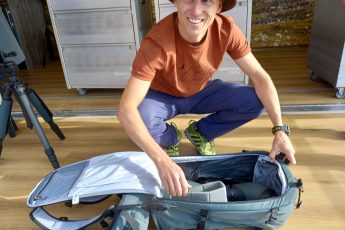