Why choose Cape May over Cape Cod?  Well, Cape May is an absolute birding Mecca and my two previous visits were both wonderful.  Not only that, but Cape May is further south, and in late April the further south one gets the more birds one is likely to find.  Of course, because Daisy and I would be going with our friends Mike and Lena (you might remember me visiting them in Germany and threatening to throttle Lena) and because spending the whole weekend with my eyes in my binoculars would be rather rude, I had to be careful about not overbirding while, at the same time, making sure that as a birder I stayed healthy and got at least my RDA (of birds).  Also, should I spend the entire getaway weekend loking at birds Daisy would not let me survive.  And that would mean no more birds, ever, and that would be a bummer.

So, as a birder, I had a very fine line to walk.  Too far to one side and I would not see any birds and lose my street credibility in the birding community (and you know how tough birders can be when they smell weakness: the next time I showed myself at a good twitch I might end up bruised, battered, and sans optics) but if I went too far the other way my friends would think I was an insufferable dork and Daisy would abandon me and I would be left all alone with only Mallards and House Sparrows for company, a poor trade indeed.  Fortunately for me, then, that pretty much everything one wants to do in Cape May is outdoors, and if one is outdoors in Cape May during a gorgeous sunny April weekend one can’t help but to notice birds!

Saturday morning is a perfect example.  After eating a marvelous breakfast at our obligatory stop at Uncle Bill’s we decided to walk from our beach front motel along the beach to the lighthouse.  Mike and Lena, who had never been to Cape May, actually suggested this activity.  Now, just so those folks who have never been to Cape May know, the route Mike and Lena chose was entirely in Cape May Point State Park and would take us past such marvels as the breeding grounds for Black Skimmers, Piping Plovers, and Least Terns, the world-famous Cape May Hawk Watch platform, and a colony of Purple Martins.  This left me with no choice but to bring my binoculars and camera and was I ever glad I did!

Piping Plover that kindly wandered past

While migrant passerines were in short supply there were plenty of breeders that had already returned for our viewing pleasure.  And when dolphins decided to frolic close to shore, well, who in their right mind can resist watching dolphins for as long as they are in sight?

And, if while we watched the dolphins, flocks of Glossy Ibis and huge flocks of Double-crested Cormorants flew over, well, no one can expect a birder to ignore birds, right?  That would be cruel and unusual punishment!  Of course, flyover migrating cormorants certainly don’t compare to kettles of Swainson’s Hawks or over fifty Mississippi Kites, but for April in the northeast they aren’t bad (and if we wanted migrating raptors we should have waited for fall for our visit to Cape May).

And once we got to the visitor center (and once I cleaned the suntan lotion that had sweated into my eyes out of my eyes) we had a Purple Martin colony to look at, another sight that even non-birders enjoy.  No one can resist such a sleek species of swallow. Now, I don’t want to give the wrong impression here: it’s not like Daisy and Mike and Lena were prison guards doing their best to keep me from my binoculars, beating me every time I called out the name of a bird.  No, they are rather understanding of my obsession, and even enjoyed some of the sights I pointed out (though I wouldn’t recommend discoursing to them at length on the subtle differences between Forster’s and Common Terns, but then, that’s true of any non-birders).  And the birds at Cape May are so varied and accessible that no one can resist them.  Seriously, do you know anyone who is not going to look, and once they’ve looked, claim they didn’t like looking at a breeding-plumaged Common Loon in the surf?  And if they refused to look, or, once they looked, claimed they didn’t like the loon, would you really still want to associate with them?

Daisy, Mike, and Lena all passed the loon test, as I knew they would

After our walk to the lighthouse and back and an expedition to town for food and beverage and a brief rest after all of that walking we did what virtually every visitor does in the evening: we got in the car and drove west on Sunset Boulevard until the boulevard ended and then we sat on the beach and watched the sun set.  It was nice (and made nicer by fly by Northern Gannets and Brant).

The next morning Daisy surprised me by agreeing to a short expedition when neither of us could sleep.  We took a short drive over to the Nature Conservancy property that borders the state park (we could have walked but I really wanted some coffee before anything else).  The sun was already strong and it wasn’t even nine in the morning (we really picked a great weekend to get away to the beach).  It is a pretty spot, and the lighthouse always makes a nice backdrop. We didn’t see any rarities but we got some really great looks at birds flying by the observation tower. We met back up with Lena and Mike, ate breakfast, and were on our way back to New York City.  It was a heck of a weekend and we had such a good time that some even jumped for joy… If you liked this post on birding Cape May this past weekend, well, Patrick had a pretty good expedition there too… 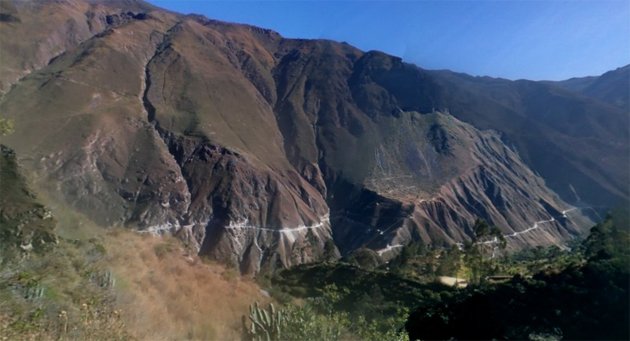