To the north of Kuala Lumpur, is a section of forest, easily accessible from the city. A flight over the forest via Google Earth, shows that quarrying is encroaching into the forest from the north and west and the city is threatening to overwhelm it from the south and east. Go now while the chance is still available. 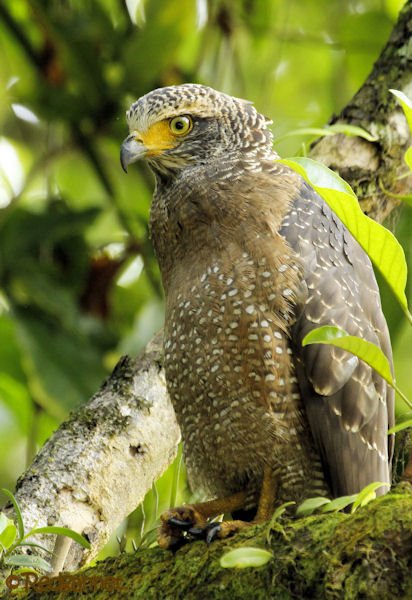 FRIM (Forestry Research Institute of Malaysia) is open to the public who come to bathe in waterfalls, cycle, walk, picnic and attend educational events, but most of this takes part in a small section close to the entrance. The majority of the forest is off-limits to the casual wanderer/birdwatcher. There are, however, plenty of trails and roads that can prove very productive to visiting birders and I came away with 4 life ticks on a recent visit. The best birding of the day was found along the much quieter roads in the south east section.

But this post will feature a Crested Serpent Eagle which presented itself irresistibly on a perch beside the road. As you might surmise from the name, it is a snake-eating eagle with a crest. However, the crest is not always obvious and its diet is likely to contain birds and small mammals as well as reptiles. The crest can appear as a black cap when seen from the front, but the edged crown feathers show best when slightly raised and viewed from the side. 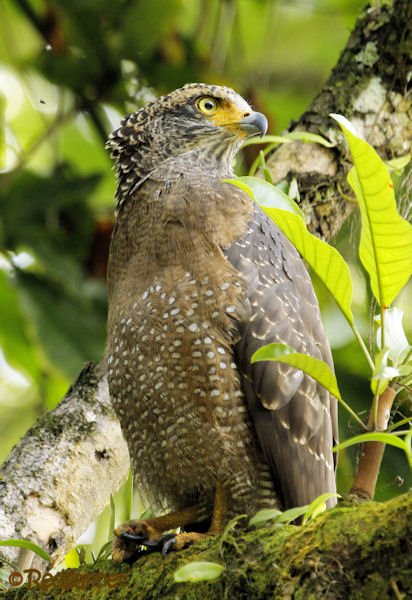 Spilornis cheela, can be found right across tropical Asia, preferring forested habitats. It is an easy bird to identify in flight with its broad white bands along the underside of the wings and tail. 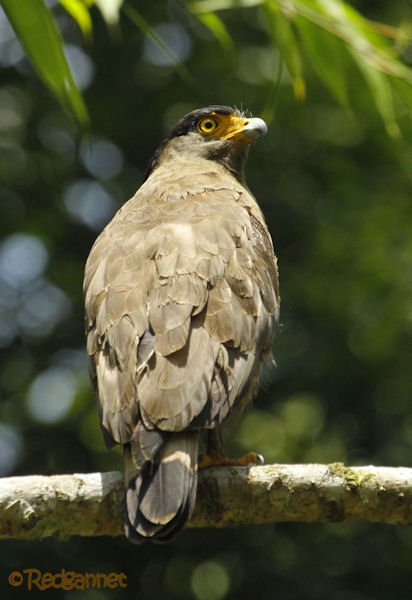 This individual was calling to its mate who was perched above a nearby stream. The call sounded as though a piece of bodywork was rubbing against the wheel of an approaching lorry. The dreadful screeching put me in mind of a young bird crying to be fed, but the juveniles are much lighter underneath with dark streaking, two broad tail bands and paler, scaled crests. The mate did not look impressed.

« Previous post
Red-headed Honeyeaters in Broome
Next post »
Where Are You Birding This Final Weekend of July 2017?