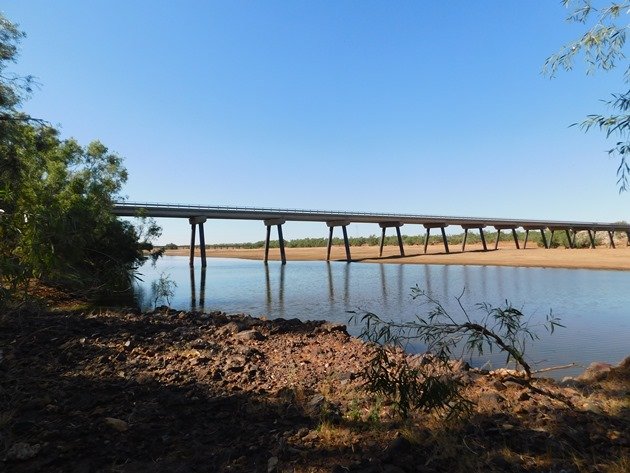 The De Grey River rest area is a good place to take a break if you are travelling the long journey between the two towns of Broome and Port Hedland in Western Australia. After over 500 kms most people need to at least stretch their legs before they get to Port Hedland. The highway is not the most exciting, but there is also very little traffic and no need to stop along the way. If there are any delays then they will be listed on the Travel Map website. We usually keep a list of the birds that we see along the way to break the boredom! The highway has been flooded in the past, so it pays to keep an eye on the website for road closures during the cyclone season. In the header photo you can clearly see the bridge is well above the water level. There have been several occasions over the years where the river level is just below the bridge after significant rains usually due to cyclone activity!

For many years you were allowed to stop at the De Grey River and camp along the river bank. We first camped together there in September 1987 and we were the only people there. Over the years the highway improved and more people started to travel. Nowadays there are a lot of caravans on the highway and they seek out picturesque locations with warm weather. They head north! As the water disappears from the rivers during our winter months in the north the birdlife moves to the remaining pools.

Sadly in June 2018 a weed was found in the area and they had to completely close the rest area down. Noogoora Burr is a serious pest and spreads very fast. Main Roads decided to not completely close the area, but make a new parking area for people who needed a 24 hour rest-camp! They had already spent the money on a toilet block, picnic area, free Wi-Fi and a rubbish drop off, so it made sense to control the situation. They erected fences and vehicular access to the river bank for camping was no longer permitted. It does not completely solve the problem, because animals transport the burrs, but it will hopefully slow the spread.

The rest area was reopened in April 2019. Although you now have to stay on the new stone chip parking area it has been greatly beneficial to the bird-life. The entire river bank is free of vehicles and nature loves it. We had an overnight stay on our way to Marble Bar last time we went south. We soon started a bird list and it was fairly busy with birds coming in for a late afternoon drink. The birds were the birds that we always observe there. Then suddenly we had several Brown Quail nip out of the long grass just in front of our camping table! Thankfully the camera was close by, but it was pretty tricky turning it on quietly!

We had never observed Brown Quail here before, but in the past we would have been down by the river! The disappointment about having to be up on the gravel was soon forgotten.

As if that was not enough we discovered that the large tree that we had chosen to get the last of the shade from had an inhabitant. There was a bit of rustling and then we discovered we were being watched by a juvenile Nankeen Night-Heron! It stayed there all night and I was able to get some photos once the early morning fog lifted.

Although the De Grey River rest area has changed significantly since we first visited it together in 1987 it is still somewhere that we will always stop. It may just be to stretch our legs or it may be to take advantage of the “24 hour stopping permitted”. Either way it continues to offer surprises. 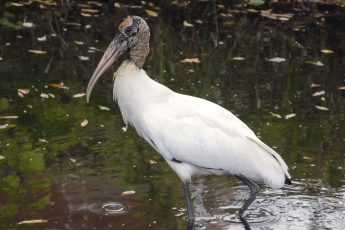 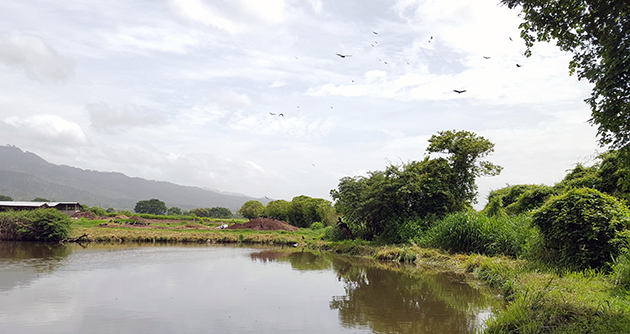 Where Are You Birding This Final Weekend of October 2018?