On and off for the last several months I’ve been working on a personal project to enter a massive amount of old bird records from the state of North Carolina into eBird. We’re fortunate in this state to have the last 30 years of Carolina Bird Club journals, including the invaluable quarterly sightings reports, in a searchable database online.  It’s an amazing resource and relatively easy for me, particularly as eBird reviewer for the state, to enter these sightings one by one into eBird where they’ll live in the internet for ever and ever.  Not only is this a crash course in mid-Atlantic distribution and abundance over the last 30 years, the sort of thing that will make me a better birder in the long run, but it’s a window into another generation of birders coming of age in the state in the 80s, and discovering so many of the birds and places we birders 30 years later take as truth written in stone.

I’m struck by a cadre of birders whose names I recognize as the old guard now, then in their 20s and 30s and birding the Tar Heel state with that furious dedication and focus that young people have.  Three decades past and they’re the state’s rare bird committee, the leadership of the state ornithological club, the authors of countless articles – even books – on birding in the state, the voices that, for better or for worse, are respected as the final words on identification conundrums or distribution questions.  But then, they were like me (or, at least the me of the not too distant past).  Young and hungry for birds.

Flash forward to the second decade of the 21st century and there’s a new generation of birders with that same explorer’s mentality, and I’ve often thought how lucky I am, as a birder, to have those guys (and a couple girls) beating the backwoods and turning up some pretty spectacular stuff.  And better, most of them are avid eBirders, and dedicated to getting all their checklists, not just the ones with the flashy birds, into the database.  Most of the birders in this “new” guard are significantly younger than me, but their enthusiasm is addicting and, as a birder, I feel a much closer kinship with these young guns than I do among the baby boomers that make up the predominant birding generation in just about every birding community, and not just because of the ease in which technology plays a part in chasing rarities and spreading the word about good birds or the thrill of the next state tick .  That’s not meant to be pejorative towards those who have come before, but there’s a certain ennui that sets in when your state list hits 400 and the chasing slows down, when you crack the double century for Christmas Bird Counts and everything feels like it’s been done before.  It’s just the inertia of a community.  New blood is essential, and these days, there’s a real sense that North Carolina birding is experiencing something of a renaissance, driven primarily by this group of young birders injecting a lot of excitement into the community.  The last couple years have certainly been a fun time to be birding around here. This coming weekend is the annual winter meeting of the Carolina Bird Club, the ornithological club shared by both Carolinas, in Southport on the southern coast of North Carolina.  In the past, it seems that lack of time and money has prevented many younger birders from attending meetings like this, and the entire state community of birders, across generations, suffers from it. But this time it’s clear the sense that these… I hesitate to call them kids, but you know… young people are crucial to birding in the state going forward is one that has not just been noticed by me.   For the first time since I’ve been a member of the CBC, the meeting organizers have sought out young, sharp, birders as trip leaders, and many have heeded the call.  I see this not only as a way for the birding community to show confidence in this new crop, but to mix people up in an attempt to knit those ties that bind us as birders together.  We’re all in this together, after all. I bring this up also because yours truly was asked, for the first time, to lead trips too.  I suppose it says a fair bit about the birding community that my 30-something self was lumped in with the teens and 20s that make up the core of this youth movement, but I’m happy to help.  I’ll be tackling the Saturday Target Round-up, the broom wagon running around the region sweeping up the best birds seen the day before.  With Pacific Loon, Harlequin Duck and Black-chinned Hummingbird all recent and long-staying vagrants it should be a nice, if busy, day in the field.

So if you find yourself on the south coast of North Carolina this week, keep an eye out for the groups of birders being ably led by any number of youngish looking birders.  They’re the next big thing, and it’s great to see them get some recognition.

Where Are You Birding This First Weekend of October 2009? 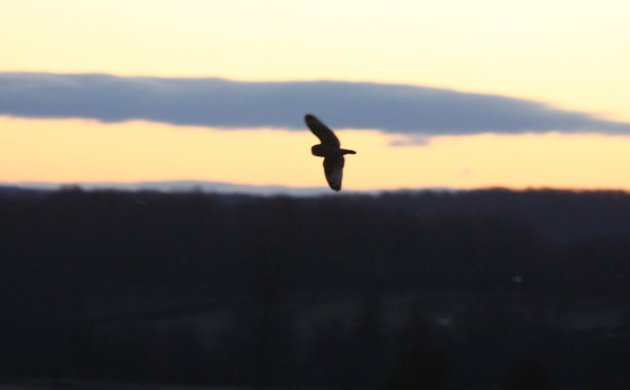 Where Are You Birding This Last Weekend of 2013?