Somehow, despite having lived in Queens for over two-and-a-half years, and 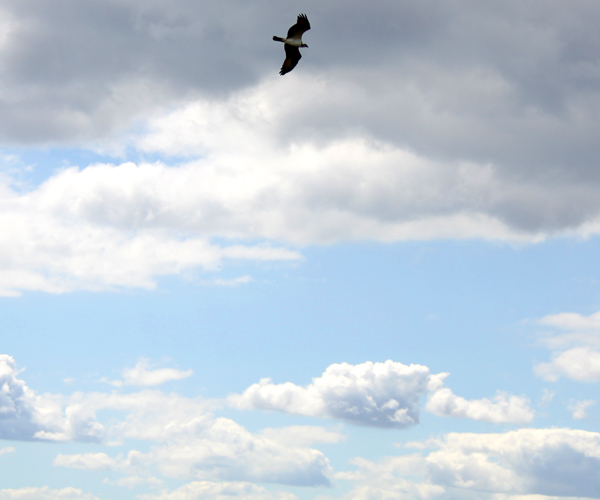 despite being a birder, I had never been to the one and only hawkwatch site in my fine borough.  I recently rectified that error of omission and am I ever glad I did.  In fact, my visit to Fort Tilden’s fine hawkwatch platform was so marvelous despite the heavy cloud cover that I made a second visit within a week so I could enjoy the birds and the view on a sunny day.  I mean, who wouldn’t want to watch falcons fly by with the distant New York City skyline as a backdrop?  I certainly enjoyed my time there and can’t wait to get back when the northwest winds are blowing.

Fort Tilden, located on the Rockaway Peninsula, was until 1974 a base for the U.S. Army and part of New York Harbor’s coastal defenses, but is now, like Jamaica Bay Wildlife Refuge, a part of the Gateway National Recreation Area.  As such, it is managed by the National Park Service.  The actual hawkwatch platform is located high up on top of what was, at one time, an artillery battery that now looks like an overgrown hill. 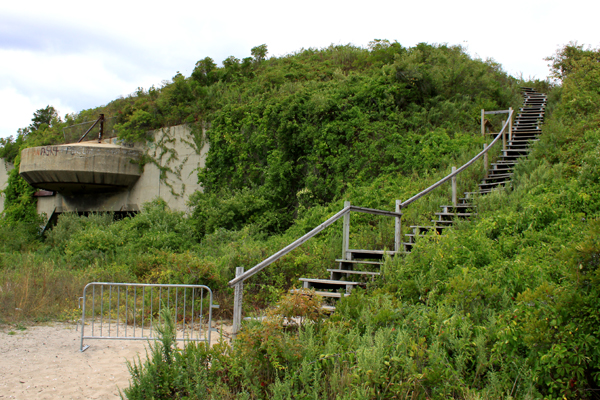 Most of the raptors that go past the Fort Tilden hawkwatch platform are falcons, accipiters, Northern Harriers, and Osprey, though occasionally a buteo goes through, and, rarely, a vulture.  My visits, both on days when northwest winds were blowing, which is when you want to go to the Fort Tilden hawkwatch, were heavy on American Kestrels and Osprey, with Merlins a distant third and Northern Harriers an even more distant fourth.  A single Cooper’s Hawk and a couple of Sharp-shinned Hawks rounded out the migrant birds, though the Peregrine Falcons that nest on the Marine Parkway Bridge, which is visible from the platform, made an appearance as well.

While the raptors are, of course, the stars of the show, the view itself from up

on the platform is nothing short of outstanding.  As was already mentioned, the New York City skyline is visible from the platform, as well as a long way up and down the Rockaway Peninsula.  In addition to the already-mentioned Marine Parkway Bridge one can see the Verrazano-Narrows Bridge way off in the distance. The planes taking off and landing at JFK International Airport are always visible, and the Atlantic Ocean is, well, who doesn’t like to be able to look at the ocean?  And if one looks out across the ocean to the southwest one can actually see Sandy Hook, New Jersey, the other half of New York Harbor’s old coastal defenses.  Even if no hawks are moving the casual visitor to the Fort Tilden hawkwatch platform will not be disappointed.

And as for when the hawks are moving?  Well, I’ll let the image of an American Kestrel below, taken with my 100mm macro lens as she flew over, convince you of the awesomeness of a visit.  Go to the Fort Tilden hawkwatch platform.  You won’t regret it. 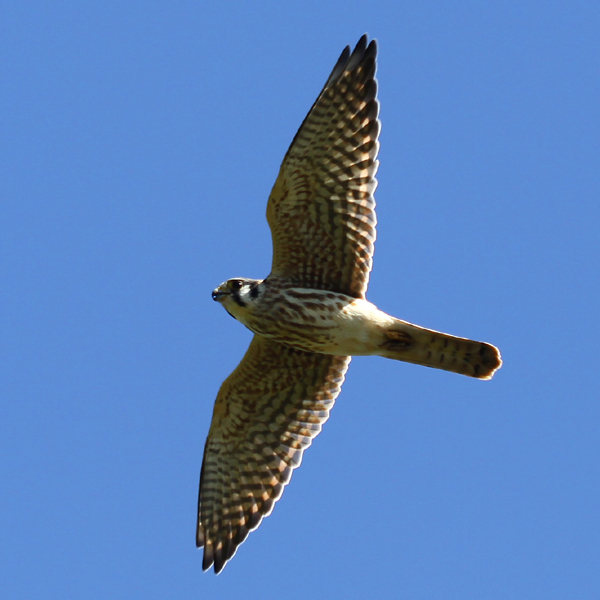 « Previous post
Where Are You Birding This Third Weekend of September 2010?
Next post »
CBS Finally Covers Some Real News