Kinglets on the Move

Both of the kinglet species of North America are 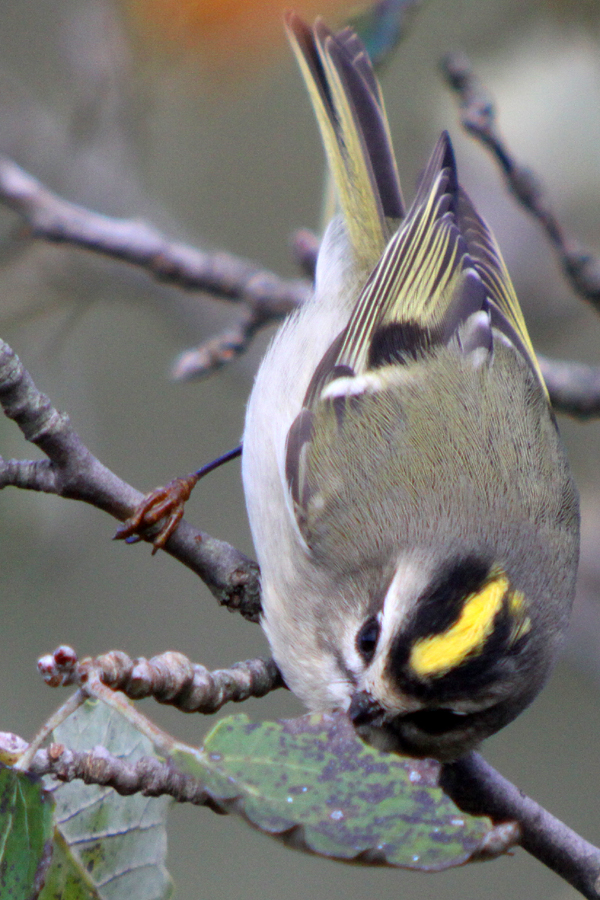 known as fast-moving, frenetic, and friendly little creatures, that is, if one doesn’t mind risking charges of anthropomorphism by using an adjective like “friendly.”  Me, I’m more than glad to call kinglets friendly, mostly because every time I hear their thin call notes I get a smile on my face.  How can one not like a tiny little bundle of bird that moves through the foliage so rapidly that one is left to conclude that it somehow managed to get a supply of stimulants?  While a drug-abusing kinglet may seem unlikely, it is no more unlikely than getting a clear shot of a kinglet at close range through a digiscoping rig.  Yet that became my goal today when I was out and about birding and came across both Ruby-crowned Kinglets Regulus calendula and Golden-crowned Kinglets Regulus satrapa foraging on a migratory stopover.

I was with Seth and Andrew and we were at Plum Beach, where I recently had such a great experience with Clapper Rails, and our goal was to get Seth his Nelson’s Sparrow for the year, a goal that was difficult to meet because of the strong northeast wind.  Somehow we managed to do it, though the looks were lousy.  More cooperative were the two kinglet species, on which I focused my eyes, my binoculars, my scope, and my camera.  I hope you like the results! 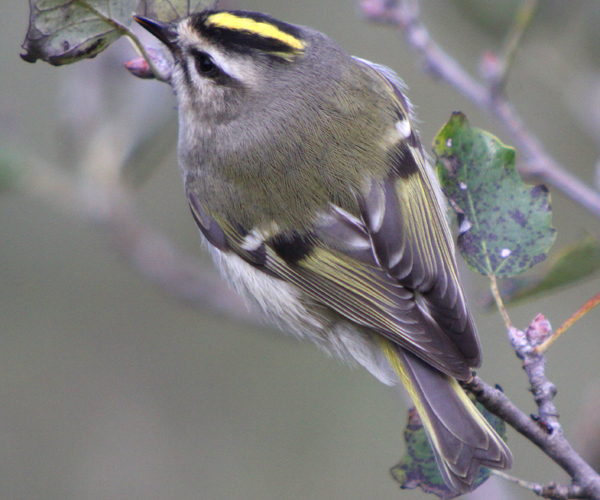 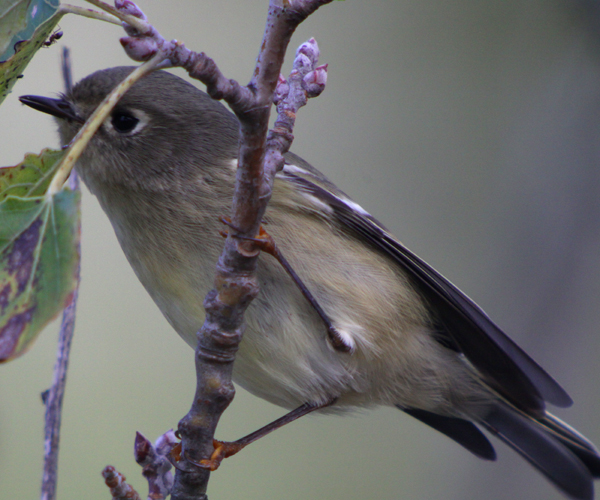 There was one small tree that both species of kinglet were frequenting and while I was there I assumed that there must be some kind of food source that they were exploiting, though I couldn’t figure out what it was.  Once I got home and examined my pictures, however, I discovered that what had attracted the kinglets was apparently ants, as the picture below shows.  I do not know if they were eating the ants or just crushing them to use the folic acid that squeezed out on their feathers to ward off parasites. 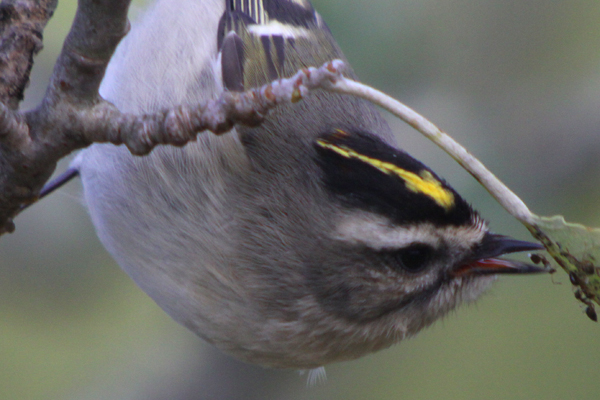 The picture below is perhaps evidence of anting, rather than ant-eating, though it may just be an example of an ant clever enough to use its own predator as an escape mechanism.  Either way, I was pretty amused when I found this image when I got home. 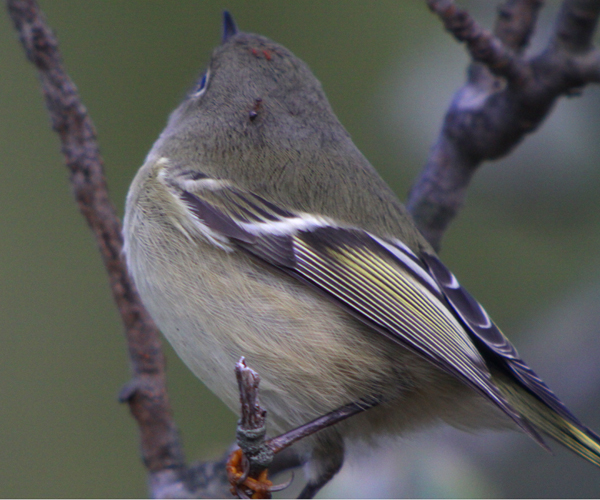 This is yet another reason why I love birding, the mysteries one finds and has to puzzle out.  Even better is the fact that I wouldn’t even have known that there was a mystery if it weren’t for the fact that I was digiscoping the kinglets.  So, what do you think they were doing?  And have you ever seen such behavior from either kinglet? 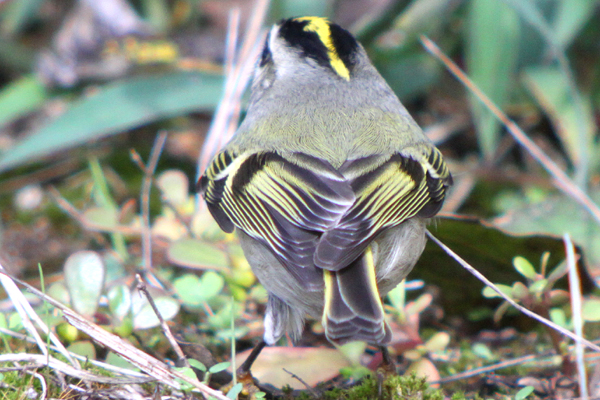