Lovebirds in the Limelight 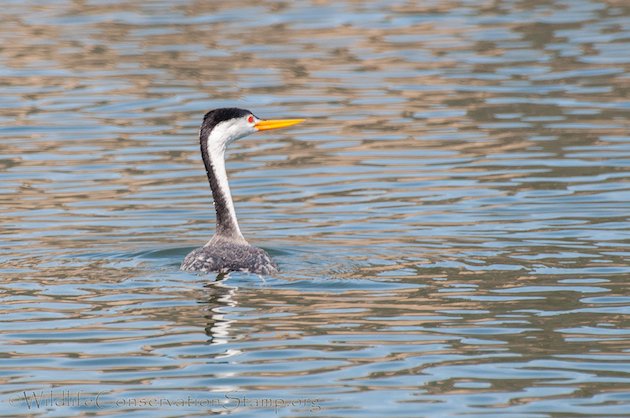 In case you missed it, today’s Google Doodle managed to reference not only the current Winter Olympics in South Korea, but also the fact that it’s Valentine’s Day.

The Doodle features two animated Grebes, amid a snowy landscape and Asian architecture, engaging in a beautiful, serene mating dance that Google’s explanation likens to the elegance of figure skaters. The pas de deux concludes with what can only be described as a sweet bird hug.

It’s not as athletic as the Hooded Grebe’s calisthenics,  nor as astonishing as the acrobatics of Clark’s Grebe (photographed solo, above, by Larry Jordan). But the Doodle is still lovely, and will hopefully inspire at least a few people to become interested in these incredible birds.

The Big Year: The Movie?