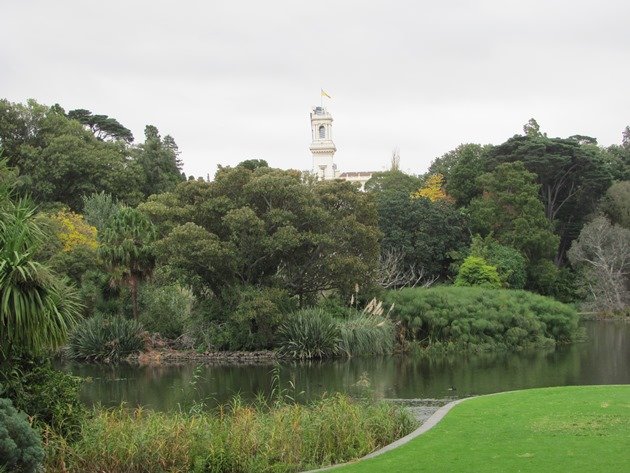 When you live in a city you need somewhere to escape to where you can find some variety from the birds that call the city home. Melbourne has an amazing asset right on its doorstep and I have spent a lot of time there. It is just a short walk over the River Yarra to the Royal Botanical Gardens and both tourists and locals alike can enjoy the beautiful surroundings. In fact these gardens are so huge that many people would not expect to explore all of the area in one visit. It is also interesting to watch the changes in the bird-life as the weather changes and each day can offer different species as they pass through. All of the small trails have been very good for finding White-browed Scrubwrens and Eastern Spinebills over recent weeks. Map of the Botanical Gardens

When you walk along the Yarra Riverbank to get to the Botanical Gardens you start to hearing the pinging sound of the Bell Miners as you approach. These birds are a lot more vocal than they are visible, but when we first arrived in Melbourne there were some young birds that were slightly easier to photograph! Rainbow Lorikeets are a common bird in the city, but are normally seen screaming across the sky. Willie Wagtails are a common bird in the Botanical Gardens and flit form tree to tree and across the many lawns looking for insects. Grey Fantails have arrived in large numbers since the weather got colder and I have seen one Rufous Fantail in the gardens. Australian Wood Ducks are bountiful on the lawns and other common ducks are Chestnut Teal, Pacific Black Ducks and the occasional Hardhead. Silver Gulls have made themselves quite at home around the main lagoon. The lakes and surrounds of the gardens offer ideal habitat for Eurasian Coot, Purple Swamphens and Dusky Moorhens. They are used to the presence of people and wander among them unperturbed. On all of my visits to the gardens I have observed Black Swans wearing neck bands and they have moved from Albert Park where they were originally marked. One pair have been there since we first arrived in Melbourne. The most I have seen on any visit is three birds, though. The lake provides a habitat for other egrets and herons and I have observed a White-faced Heron and a Great Egret on several occasions feeding along the edge.

Sadly there are some problems with man-made rubbish in the park, as there are anywhere. It is unclear if the Silver Gull with string around its legs gained it at the park itself or when it was in the nest. It would be nice to remove the disabling string of course, but it appears to be an unwilling participant in being captured at this stage. Red Wattlebirds are common around Melbourne and especially in the gardens, but not always easy to photograph. The “wattles” themselves are pink and dangle down from their “cheeks”.

Recently some of the grevilleas started to flower and the Little Wattlebirds have moved in to feast on the nectar. Thankfully there are some shorter trees enabling easier photography. One of the most elusive birds in the park is the Nankeen Night-Heron and I observed one the first time just before a storm when it chose to relocate. It didn’t land in the best position for me to see it, but I had seen it! It then poured with rain and neither of us were going anywhere for 45 minutes! Just recently on a dull day I thought it was worth going to see if it was out in the open a bit more. I was delighted to see not one, but ten Nankeen Night-Herons including juvenile birds!! They were all staring back, but stayed still while I took several photos and moved on. The worse the weather it appears gives you a better chance of finding these elusive birds in the gardens! Whether you live in Melbourne or are visiting Melbourne, this is a great place to spend a few hours whether you are interested in plants or birds. It is obviously somewhere that birds pass through as they move around the state and the variety of birds almost changes on a daily basis. 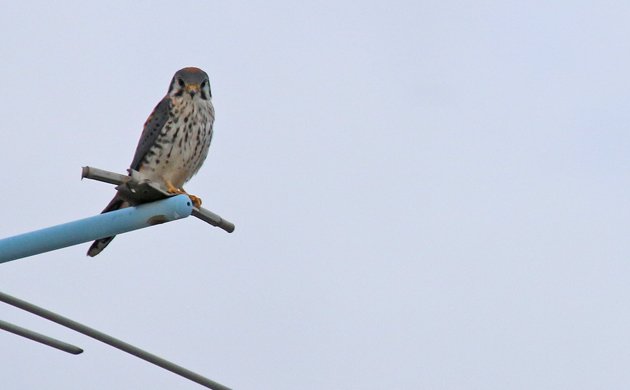 Where Are You Birding This Final Weekend of November 2010?