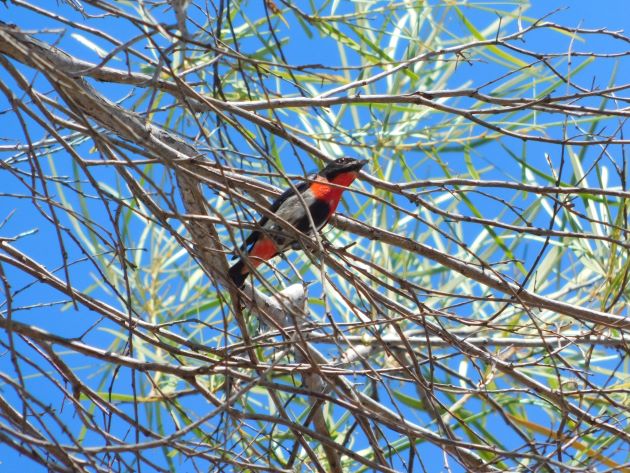 I am not sure if it is pure coincidence, but I have observed the male Mistletoebird feeding the young a lot more than the female Mistletoebird. It may simply be a coincidence or maybe she has a bit of catching up to do after being in the nest for some time. Both parents have had to spend a lot of time flying back and forth with food and on one occasion this past week the chicks were being fed every minute.

The two Mistletoebird chicks have grown very fast and the nest is looking rather stretched. The Mistletoebird parents have been feeding them from above and below, which may be to ensure both of the chicks get fed equally. Here are some of the photos that I have taken over recent days of the Mistletoebird family.

The Mistletoebird chicks appear to be constantly hungry! They soon developed feathers and started to look more like their parents, but with a wide open beak the majority of the time!

We wondered what happened to the waste that the Mistletoebird chicks produced. It was clear that the adults could not get to it in the nest, but then we discovered that the chicks rotate and the female Mistletoebird has been observed removing the waste in her beak on several occasions now.

Waste removal by the female Mistletoebird

Yesterday morning both chicks were out of the nest and the parents were busy feeding them close to the nest. The male Mistletoebird called out as we approached and the chicks continued to call out for more food. The raising of these young chicks is not over yet! They can fly short distances, but then again they only have short tails!

Mistletoebird chicks out of the nest

We are really enjoying the experience of observing another bird species that is black, white and red breed in our local patch. Of course the Pied Oystercatchers are also breeding at this time of year and we continue to monitor their progress along our coastline. 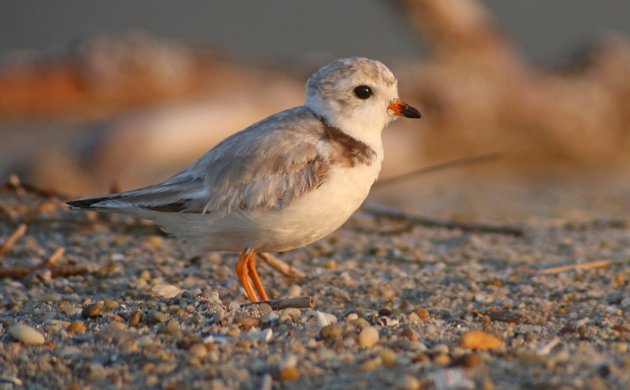 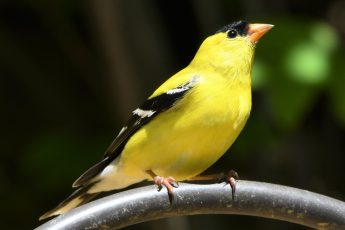 Where Are You Birding this First Weekend of March 2009?