By the end of February, the American Woodcocks at Mason Farm near Chapel Hill have been calling on territory for the better part of two months.  It’s one of the many advantages to life south of the Mason-Dixon line, and I don’t know whether it’s the mild winters or the wintering birds forcing our residents to hold their own earlier, but from Christmas Bird County season to the Ides of March there are Timberdoodles doodling in the fields out at the Farm.  Peenting from the hedgerows, whistling overhead, and prancing about on the paths as if they own the place.

For all this simple Bogsucker viewing, it was outright embarrassing that I’d never taken the opportunity to indulge.  My woodcock experiences in the state have exclusively been of the inadvertent variety.  The random bird flushed from underfoot like some feathered landmine and made off over the hill before I have a time to properly recover.  For a bird as famously weird as this upland shorebird with the backwards facing eyes, this just doesn’t cut it.  Naturally, it took someone else to get off my duff and make the three mile journey at dusk to the woodcock fields.  My new eBird nemesis for my home county got this bird on me, an affront I could never let stand, so it was off to Mason Farm at dusk the next weekend to close that gap with extreme prejudice.

To find the woodcocks, you go out after dark.  That sounds like the beginning to an off-color joke, but the birds do their thing only when the sun goes down.

That’s not much better, now that I think on it. You park the car and walk down the path about 300 meters to the biggest field.  Before you get there, you’ve probably heard the first couple peents.  So if you’re cool counting that on your list, you can leave now.  But you might as well stay, find a spot where the path curves to the right and wait.  That woodcock in the field next to you seems to be working its way closer, until a small black shape not unlike a grapefruit with a straw stuck out of it finally rockets vertically, whistling like an old fashioned arcade video game, spiraling around you faster and faster and faster until the bird comes down to a stop in the path not ten feet from you, all awkward bill and belly, and begins to call.

The peeent is a well known, even famous, part of woodcock lore.  It’s the little hiccup just before that catches you off guard; that’s not usually in the recording.  In the fading light the bird waddles back and forth across the path, filling with air almost to bursting (that’s the hic), and bursting forth the noble peeent.  You don’t need a spotlight, though even if you had one the bird would be unconcerned.  For nearly five long minutes it does its thing, calling out into the darkness at apparent rivals in nearby fields.  No female joins him, that business was probably seen to some time ago.  This late season show is all bravado, a presentation at the pleasure of all the other male woodcocks in the area, and the few birders who come regularly to watch.

This birder, finally, one of them.  County bird ticked.  Only six weeks late. 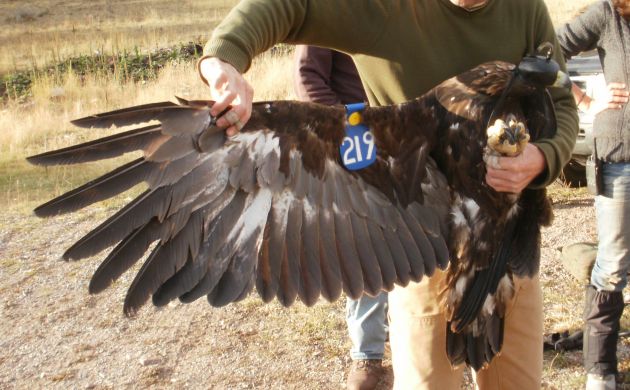 « Previous post
Great Green Heron on Birding is Fun!
Next post »
Tales of the 2012 Superbowl of Birding