Then again, with such compelling subject matter how could Kessler have failed?  The documentary revolves around the 2002 WSOB and intersperses interviews with participants and birding celebrities, action from the WSOB itself, and footage of birds.  Occasionally non-birders are interviewed, like when a police officer describes birders driving as “pretty erratic” and having a “lack of consideration for other motorists.”

For those who don’t know about it, Opposable Chums provides a nice history of the WSOB, which is rather easy considering the guy who thought it up, famed birder Pete Dunne, is one of the birding celebrities interviewed in the movie.  It is held every year in New Jersey, a destination described by an interviewee as “the place people think of as the other end of the tunnel.”  But New Jersey is ideal for such a competition, according to those in the movie, because the varied habitat, small size of the state, and its geographical position which causes it to be a migrant funnel.

Since the first WSOB way back in 1983 it has grown as fast as birding has.  Now there are multiple divisions in the WSOB: whether a team wants to sit in one spot all day, try to photograph as may species as possible, or limit themselves to a geographical area, there is a division for them.  And the documentary features members from several different types of teams, including one so large that two school buses were required to get them from birding site to birding site!  Perhaps most amazing was the team that competed on foot, covered almost 50 miles, and saw a ton of birds.  Though the interviewees did bring up the stereotypes many people still believe to be true about birders (“old ladies in tennis shoes” being a popular one) I was heartened by the gentleman who declared that while competing in the WSOB “less people give me a hard time and more people want to see what I’m looking at.”  Maybe birding has become, gasp, acceptable?

While this movie is short enough (65 minutes) for even non-birders to enjoy there are some aspects from which birders will take particular pleasure.  At least twice during an interview the interviewee is distracted by a bird flying by, a tendency of birders that must have driven the filmmakers crazy!  Often birds can be heard singing in the background during a scene which, as a birder, is a wonderful challenge.  The discussion of how birders become birders brings up a couple tales that sound familiar, probably because every birder’s tale of how they started birding has some elements in common.

For those who have done big days some of the challenges that teams must overcome will seem familiar.  Bloodthirsty bugs, the bane of birders, are discussed, as is exhaustion, necessary bodily functions, arguments within teams, and the police.  An interesting tidbit that I was unaware of was that the WSOB, for safety reasons, disqualifies any team that gets a speeding ticket during the competition.  This provides a strong disincentive to speed and minimizes the likelihood of a birder-cop interaction but, nonetheless, when carloads of people are pulling over in desolate areas in the middle of the night the police might take an interest.

But the biggest challenge facing the teams is finding birds, a challenge that has sadly, in some cases, become more difficult as many species continue to be in decline.  That is why using the WSOB as a fund raising tool for conservation causes is so great: not only do participants get to go birding all day but they are also raising money for the conservation cause of their choice, a point that is stressed strongly in the film.

I would highly recommend adding this movie to your DVD library.  It is entertaining, informative, and, who knows, if you show it to a non-birding friend they might be convinced to give birding a chance!  You can get the movie here. 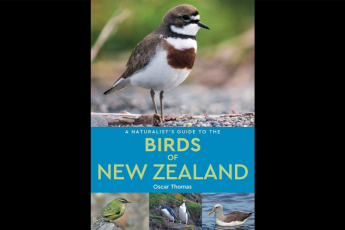 « Previous post
Where Are You Birding This Last Weekend of August 2008?
Next post »
So It Is Possible to Escape the Borg…