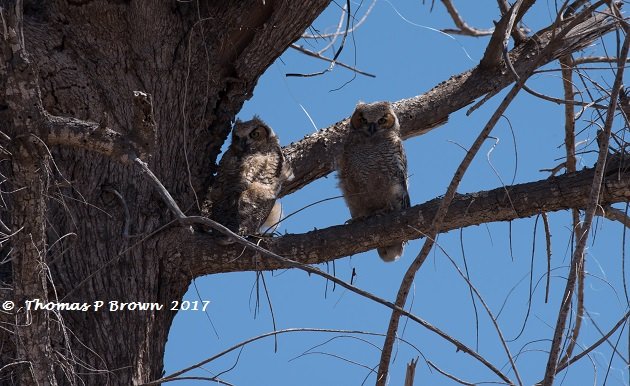 I have no doubt that most of the regulars on this site have similar driving habits as mine. For better or worse, my head is always on a swivel, looking here and there to see what is flying about, or in my case sitting on top of a cactus. While I don’t consider myself an inattentive driver, I mean it’s not like I am texting, or looking up a bird species on my phone app. Just the occasional glance to the left or right to see if I can spot something new.

In this particular case, the exceptional sighting occurred while driving north thru the middle of the Baja on Highway #1, on our way to Santa Rosalia. You see, after 17 years living and traveling full time on our 40′ Sailboat “Eagle” we have decided it was time for a change. We have sold our beloved little desert trailer, the 16′ Shasta we called Casa Poquita, along with the Dodge Durango that pulled it. This, in favor of a Ford F350 4×4, diesel, crew cab, long bed, which I am not sure, but might be larger all by it’s self, than the Durango AND trailer combined! The trip to Santa Rosalia was to purchase a new 30′ 5th wheel that will serve as our new home, and mobile birding center.

I have become pretty adept at Id’ing birds by body posture, flight pattern, location and sometimes color, all at a pretty high rate of speed, sometimes up to 60-70 miles per hour. But I even surprised myself when I spotted two owls in a tree, on the passenger side of the road, doing nearly 70 MPH. Of course that was enough to cause the truck to slow down and turn around in the first possible wide spot on the highway, camera gear was pulled out, tripod set up, all right along the highway. They turned out to be juvenile Great Horned Owls, one of which was hiding on the nest until I showed up. It was quite interested in what I was doing. I never did see an adult bird, but figured they were not to far away. 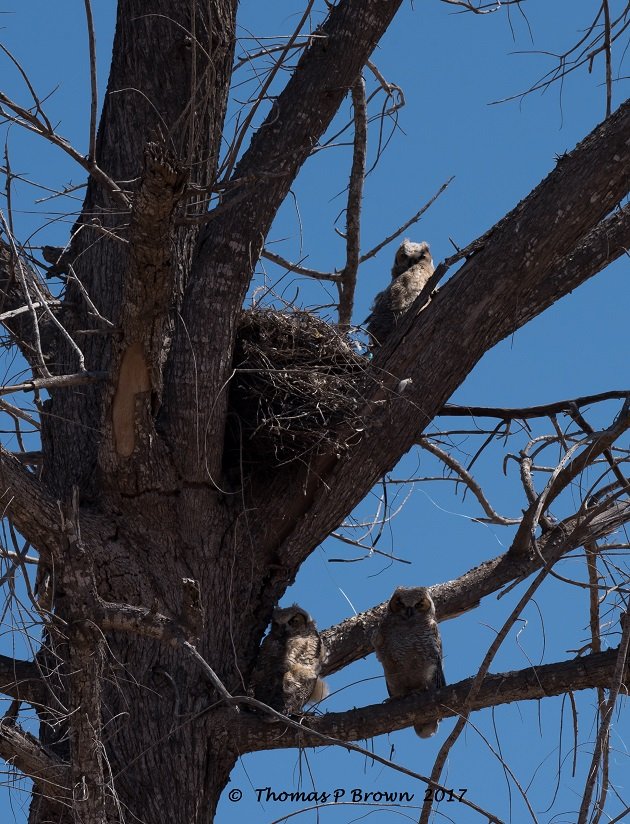 We covered nearly 800 miles in two days, with a huge number of birds spotted….but I only stopped for one, Great horned Owls! 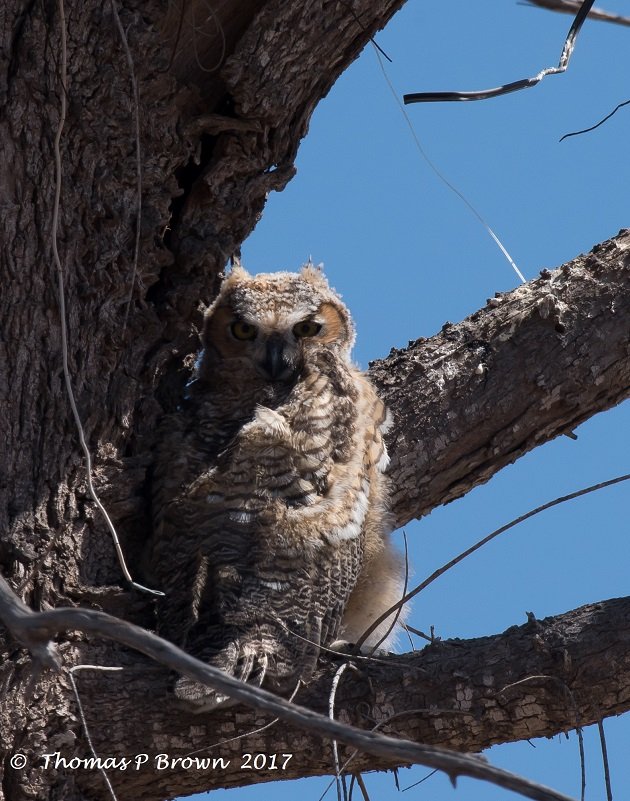 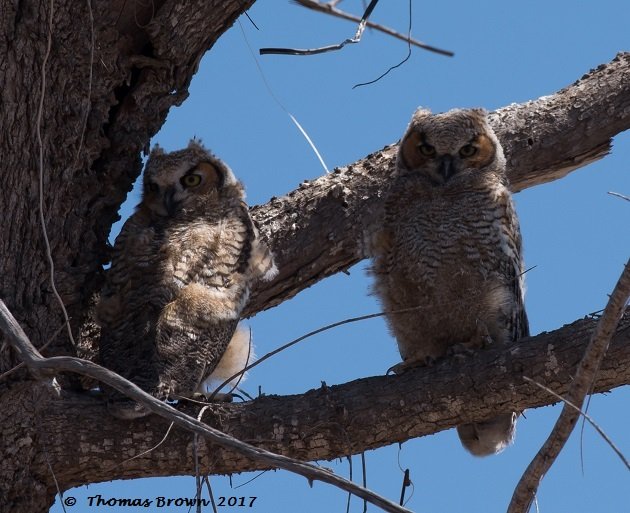