Perhaps just once in a decade, the UK experiences an invasion of Painted Ladies, Vanessa (Cynthia) cardui. Painted Ladies are part of the Aristocrat group of butterflies. The group contains the largest and most beautifully patterned lepidoptera and their classy appearance is recognised with classy names such as Red Admiral, Purple Emperor and Camberwell Beauty. The Aristocrat group is not a recognised classification group. For that we turn to the Nymphalidae. 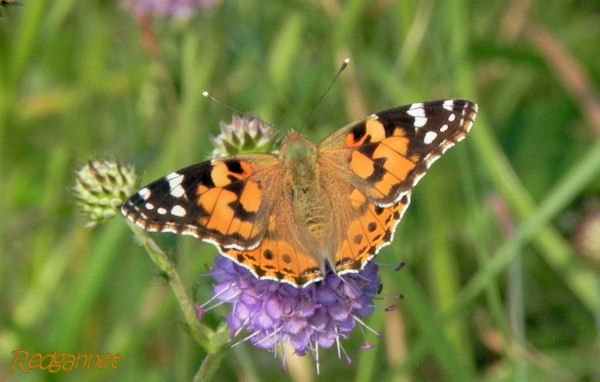 Anyone in North America might know them as Cosmopolitan Butterfly. Any individuals found in Britain are immigrants or progeny of emigrants from Europe and Africa and thus receive exalted status. 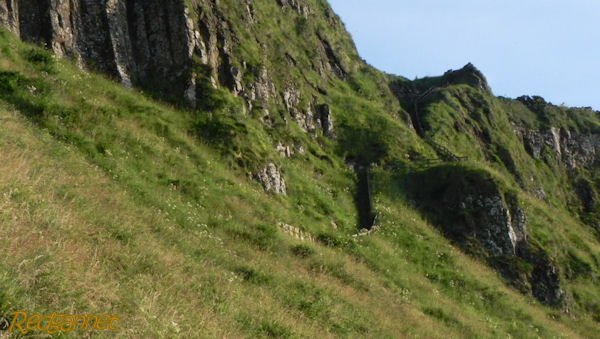 This year is an irruption year with Painted Ladies showing up in abundance. These individuals were seen during a cliff walk in Northern Ireland during August. Thus they are likely to be offspring from spring immigrants. 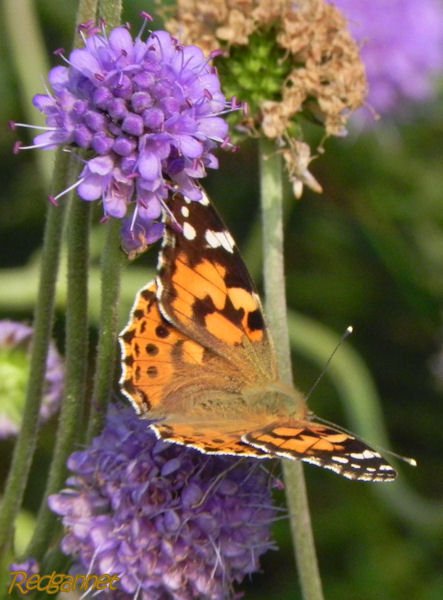 Immigration can continue through the summer with butterflies being blown in from the continent, often in huge numbers. It was reported that more than 28 million crossed the south coast of the UK over one weekend in May 2009. 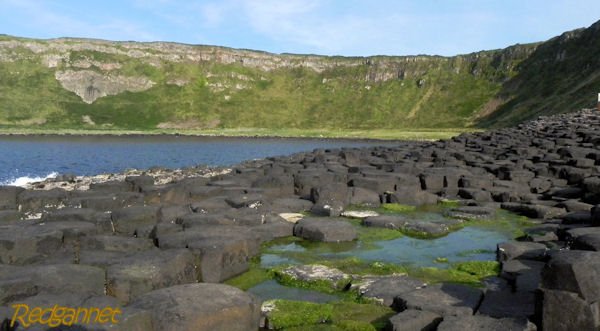 My cliff walk took me up the Red Trail from the Giant’s Causeway (an outcrop of hexagonal, basaltic columns on the north coast of Northern Ireland). The flowers were unfamiliar to me, possibly because I don’t spend enough time on rugged sea shores, but I decided that they must be a scabious sp., as I have some from the family in my garden.

Wildflower guides lead to believe that they are Devil’s-bit Scabious, which grows commonly all over Britain and possibly calls into question my powers of observation rather than the frequency of my cliff climbing. 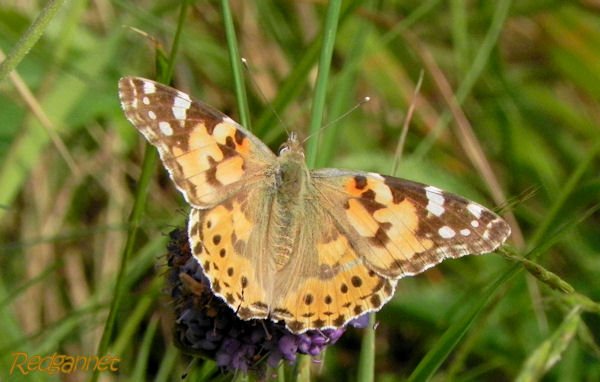 The Painted Lady is thought to be one of the world’s most succesful butterflies with a range covering the globe apart from Antactica and South America. It migrates through successive generations, similar to the Monarch butterfly. Until recently it was not known whether the British-hatched Painted Ladies made a return migration, but recent studies have shown that high altitude migrations do occur and that the return journey can cover 4000 miles. 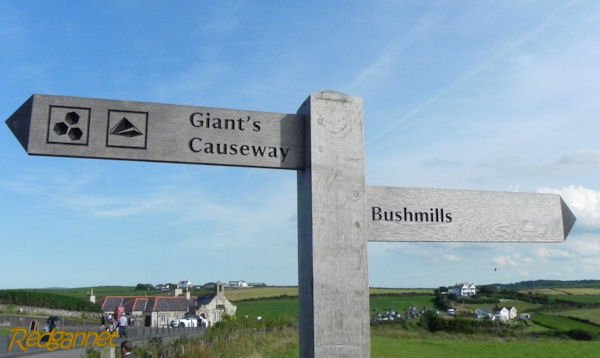 My own migrations are much reduced this week.

« Previous post
Pied Oystercatcher chicks two weeks on….
Next post »
Where Are You Birding This Second Weekend of August 2019?