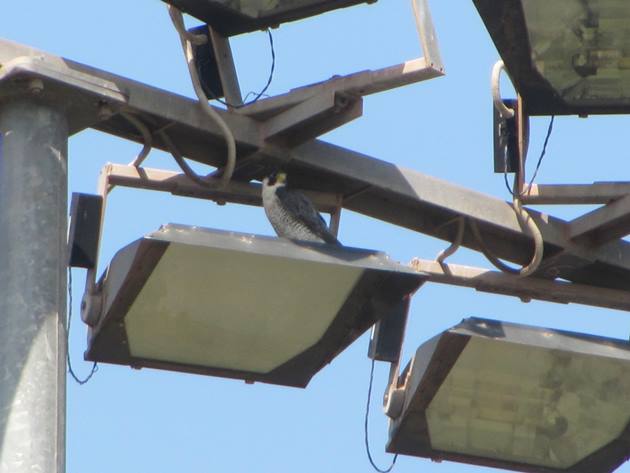 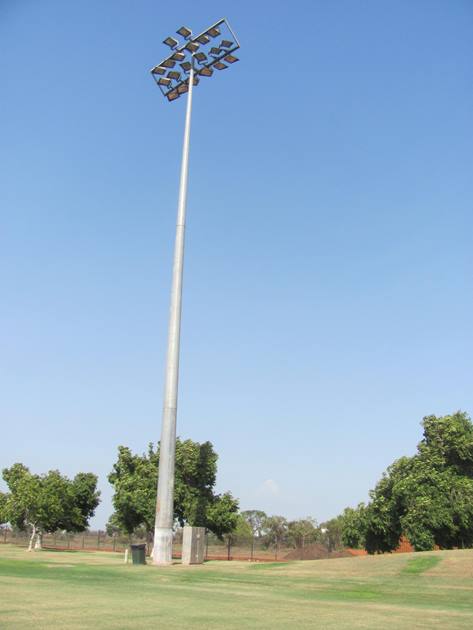 Peregrine Falcon on the light tower!

The general consensus among birders is that this particular Peregrine Falcon is a different sub species and is most likely Falco peregrinus calidus. The features around the head appear to indicate that it is this subspecies from the northern hemisphere. There has been a previously accepted record by the Birdlife Australia Rarities Committee in regards to a Peregrine Falcon observed in the Northern Territory on November 4th 2016. The subspecies of Peregrine Falcon that we believe to be visiting Broome would normally breed in the Eurasian Arctic and migrate to South Asia and Africa. It is quite probable that Falco peregrinus calidus visits Australia more often that is observed due to the observations often being brief and fast.

Pointing my small camera at the light stand and being far enough back to actually see the Peregrine Falcon I was able to get some shots that clearly show the different facial pattern. The Peregrine Falcon acknowledged my presence on the grass as it peered down on me! 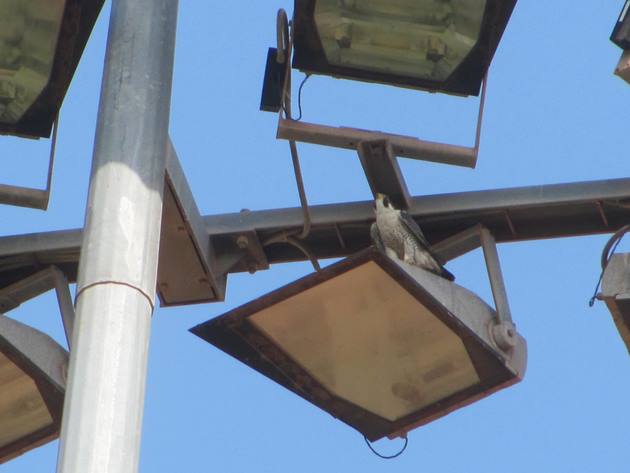 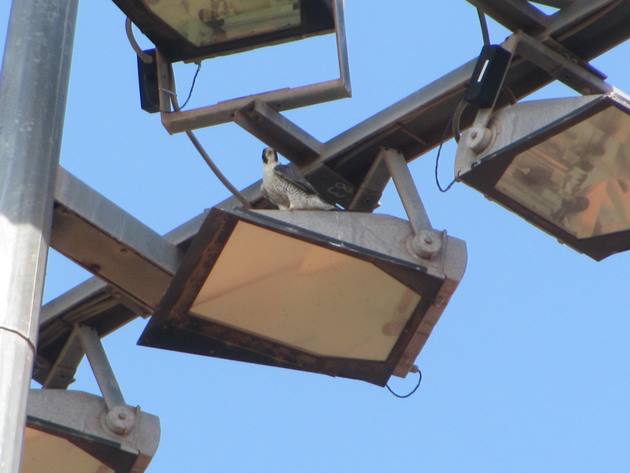 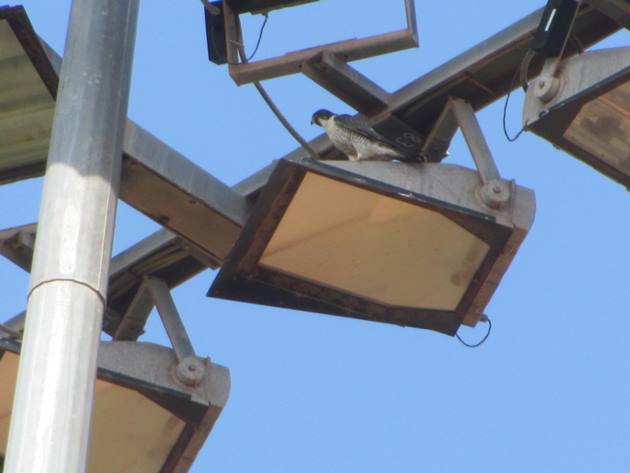 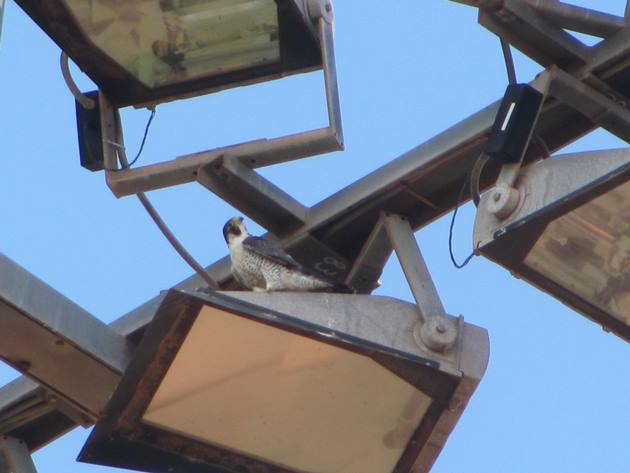 Peregrine Falcon on the light tower

Several birders have added their Peregrine Falcon photos to eBird and the BRAC Sports Field is an eBird Hotspot always worth investigating. Only time will tell if there is agreement that this is indeed a well-travelled Peregrine Falcon from the Arctic tundra!

« Previous post
The Little Big Year-Week 44: Off to the islands ‘Mon
Next post »
All of a quiver