The Little Big Year-Week 44: Off to the islands ‘Mon

The crunch is on, and with less than two weeks left in the year, we are trying to squeeze out as many more species as possible. Last week, we quite impulsively jumped in a rental car and drove 2600 miles round trip to south Texas to pick up 34 new species. That was the best possible spot we could find from our Tucson base, and given our badly stressed budget. It just so happened that as we were crossing the bridge from South Padre Island, back towards our Air BnB in Alamo, we got a call from Jeanne’s brother. It seems his family of 5, had rented a condo that sleeps 8, at Atlantis Resort, on Paradise Island, in the Bahamas. If we could get there, all other expenses were covered. It did not take us long to set a budget, and then Jeanne hit the internet to see if there were any flights within that budget. It just so happens, that there were some pretty decent priced flights out of Tucson, so Jeanne booked a couple of tickets, and then had to beat it back home from Texas. A 14 hour driving day got us to El Paso, and then a short drive the next day got us back in the Tucson area with a half day to wrap up some business, get packed and get to the airport by 4:30 Saturday morning.

Now it was time to see what fun birds I could track down, and what kind of help was available once we got there. I was fortunate enough to be following in Mike and Corey’s shoes, and between referring back to their posts here, and an e-mail from Corey, at least had formed a plan of sorts. At Corey’s recommendation, I was able to get a hold of Carolyn Waddel, a renowned guide here in this area, but she was completely booked until Wednesday morning. The more astute of you will recognize that this story has been written and posted well before I meet with her, which is tomorrow. While this trip was primarily scheduled as a family rest/rest/vacation outing, with 13 days left in my Little Big Year, that plan is mostly out of the question. There just had to be a way to get around this island, without the expertise of a guide. We had done it all the way around the world, why not now?

Once we got checked in, and a map of the island was procured, I could see that while birding was not going to be impossible, it was going to have some challenges. I had scoured eBird to find the local hotspots, and with so little time, picked the Ardastra Botanical Gardens area. We caught a cab first thing in the morning, and were dropped off at the gate just before the 8AM opening. At 8:15 a local gentleman was walking by, and had the generosity to let us know that the gardens were closed for renovation. Yikes, plan “B” was quickly formed and we made the short walk to the Zoo, Gardens and Conservation center of the same name. Before we had even made it down the long drive way, we had several species, including the Bahama Mockingbird, a Palm Warbler, a Gray Kingbird, and a Smooth-billed Ani.

Here is one of those Ani’s sunning it’s self. 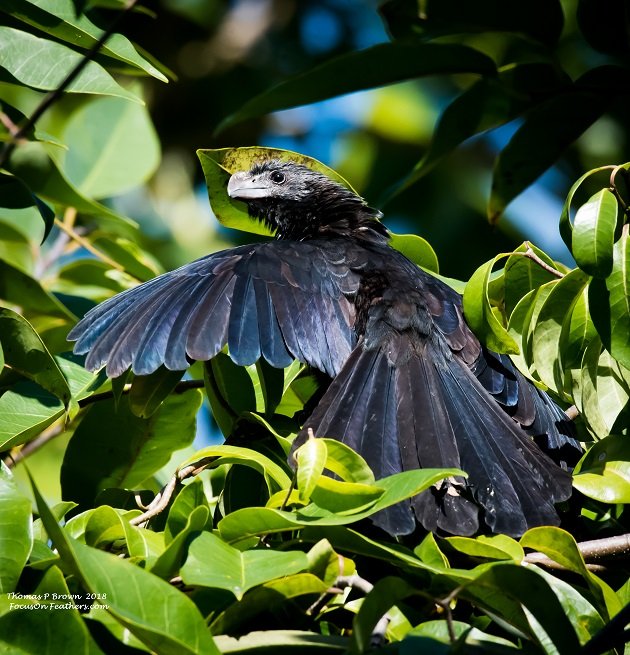 This fairly good sized piece of property is a mix of petting zoo, education center and rehabilitation center for birds and animals. It has been located in a group of large old growth trees, several man made water features, and a great selection of flowering plants. We had about an hour and a half of peaceful tranquility, checking off bird species after bird species, until the buses started dropping off load after load of cruise ship guests. The gardens are known for their large flock of Flamingos, and they do a regular feeding, much to the delight of the, well, interesting mix of international travelers.

Despite all this, we did manage to get nearly 20 new birds for the list. Unfortunately, this gazillion dollar resort we are staying in, has perfected the art of sucking dollars out of every possible venue, and the internets service is no exception. In order to post this story, internet service at the rate of $35.00 US per day will be available! My phones international data plan is not as good as I hoped for, so I will have to cut the photo portion of this week’s posting a bit short. But, since I will be here a few more days, I am sure that I will be able to make up for it next week, once we are home.

I have not posted my findings on eBird yet, so I am giving you a best guess estimate on the bird count as of today, 12-18-2018

This Black-throated Blue Warbler was a bird we missed while in Texas, so it was great to see one right off the bat! 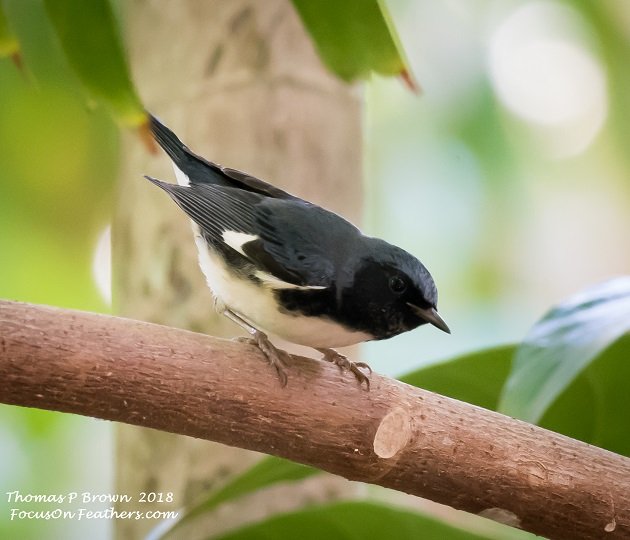 This is the local Red Legged Thrush. 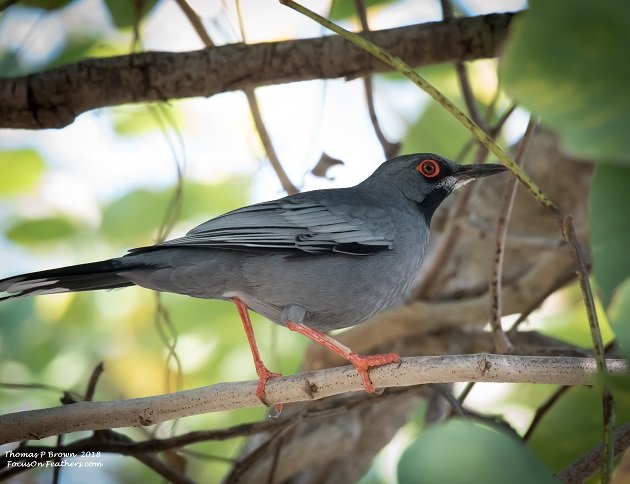 So far the only hummingbird we have seen has been the Bahama Woodstar. We saw several females before seeing this male just as we were leaving the gardens. 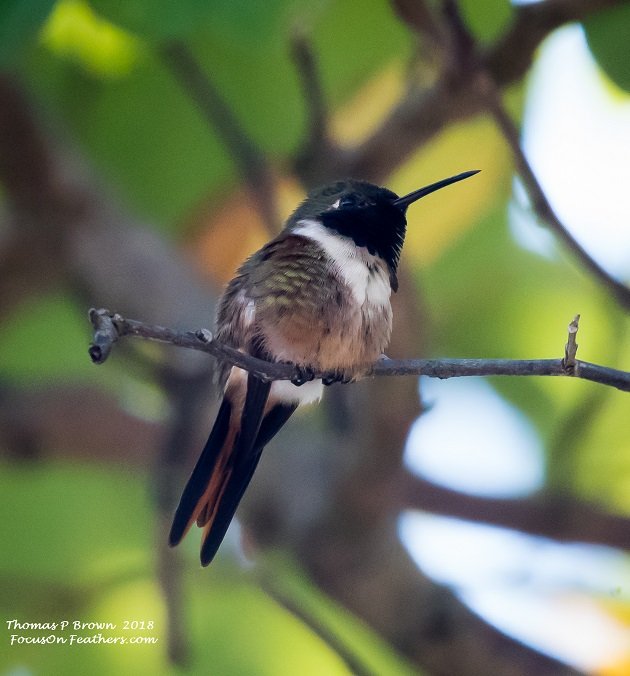 This is only my second ever Yellow-throated Warbler, my first was last week in Texas. 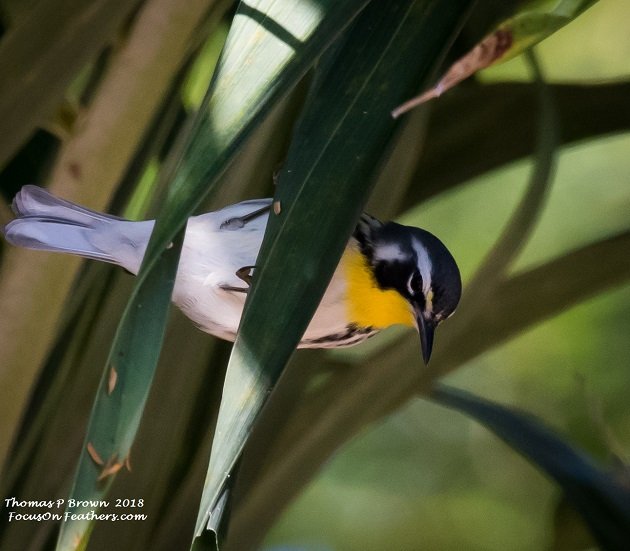 Our last bird for this posting will be the Prairie Warbler, this being a Lifer for me! 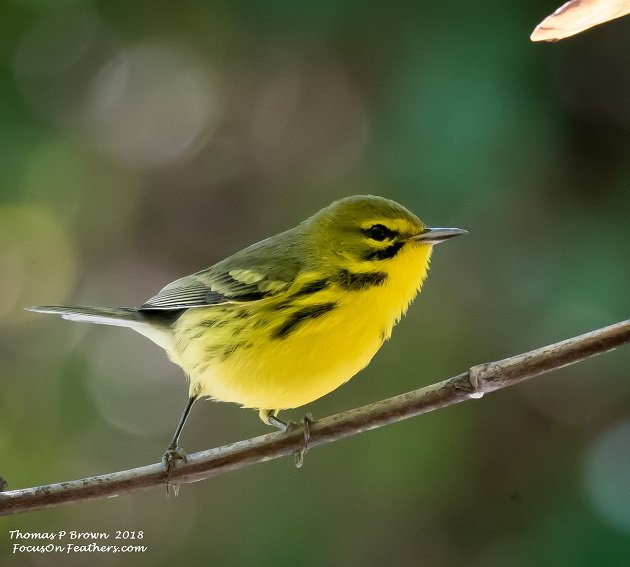