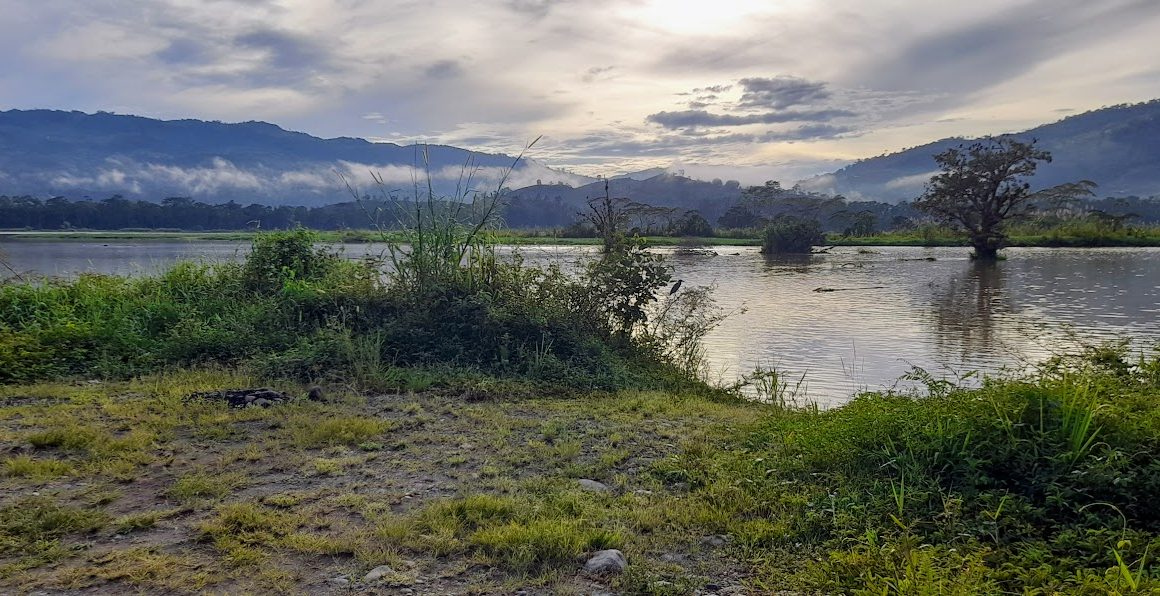 On that glorious day, I observed ten critically endangered birds, representing 8% of their Costa Rican, or 2% of their global population!! But, let’s start at the beginning.

In my previous post, I dealt with Rancho Naturalista Lodge itself and birding within their private reserve. Now, I’ll move away from it, visiting nearby lakes and rivers with Rancho in-house guides Mercedes and Harry, and our driver Daniel behind the wheel of the mighty Isuzu D-Max.

Fresh and misty morning soon turned into a warm and sunny day, with a sky full of swallows: Blue-and-white, Southern Rough-winged and Barn Swallows. We were heading to La Angostura Lake (cover photo and yes, like the aromatic bitter, no one was able to tell me why), the largest water body in the Turrialba area, created by damming the Reventazon River. Driving a huge 4×4 across a tiny, improvised bridge, Daniel sneaked through the forest to the shallow back side where the river enters the lake.

Black-bellied Whistling-Ducks, Muscovy Ducks and Blue-winged Teals were around us, together with Green, Great and Little Blue Herons, Cattle and Great White Egrets, Black-crowned and Yellow-crowned Night-Herons, plus one locally rare Pinnated Bittern in the floating vegetation, as well as several dozen Neotropical Cormorants. A Wood Stork lands in a tree, while one Neotropical River Otter swims across and climbs a floating log.

As the sun was getting stronger, we, the birders, were sitting in the open so our views would not be obstructed. Daniel the driver was way smarter, finding the only shadowy spot next to the D-Max.

Since I wanted to buy some genuine tastes of Costa Rica, we continued to C.A.T.I.E. campus gardens – the Tropical Agricultural Research and Higher Education Centre, located 3 km east of the town of Turrialba. The campus has a pond (above), partially covered by hyacinths full of Northern Jacanas, where I tried to spot at least one caiman (alas, without success), a botanical garden and manicured grounds (with quite a few Green Ibises) together with a souvenir shop. Still, the extraordinary Boat-billed Heron was nowhere to be seen. Into the souvenir shop for some local coffee, chocolate and cocoa, then a coffee mug with an image of a Three-toed Sloth and the Field Guide to the Mammals of Costa Rica, and off we go. Driving around the bamboo thickets on a small island in the lake, Mercedes spotted it! At least one Boat-billed Heron awaited us in the thickets.

The next area was the Pacuare River Gorge, which features Class III and IV rapids. Now we were in Finca Tres Equis, a family cocoa farm (if I understood well, it translates as Triple X Farm) and a private reserve of over 300 hectares, of which more than 70 percent is a forest, representing part of a Jaguar corridor. Daniel drove down a rough track towards the river, and every now and then we would stop and wait for some trogons, toucans, manakins or jacamars. One of the first stops yielded two Crested Guans with their bright red throat wattles, high in roadside trees. Next stops offered White-crowned Parrot and Barred Parakeets, Chestnut-sided and Canada Warblers, Collared Aracari, half a dozen Purple-throated Fruitcrows… I heard a strong double-nock of a huge Pale-billed Woodpecker, but the bird didn’t present itself to our eyes. There was a Gartered Trogon right above me, and one cooperative Brown-throated Three-toed Sloth on a cecropia tree, raising its head to smile at us. A group (maybe 4-5 ex.) of Panamanian White-faced Capuchins greeted us, before they decided to vacate the premises.

At the Pacuare river bank there was a group of rafters getting ready to tackle the noisy waves. The only thing noisier, making the rapids barely audible, were the Cicadas on the opposite bank! Above us were Chestnut-collared and White-collared Swifts, while Long-billed Hermit and Bronze-tailed Plumeleteer visited a nearby flowering bush. In a rock-garden in the middle of the river, one Fasciated Tiger-Heron was fishing, with both Amazon and Green Kingfishers nearby. I kept an eye on the rafters, wanting to see how they faced the standing waves, only to spot them using the other fork in the river and avoiding them altogether! 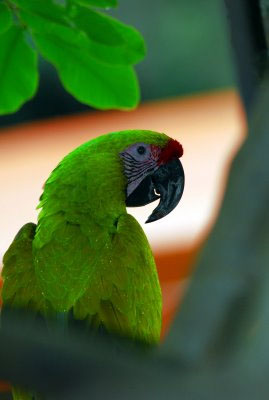 By now, you distinctly remember that I mentioned some ten critically endangered birds. No, I will not reveal their whereabouts, they were somewhere around. I was lucky to observe Great Green Macaws on my earlier trip, too, but then they were just silhouettes flying through the mist. This time I observed them with 10s in bright sunshine, only ten metres above, seeing every detail: enormous lime-green parrots with blue flight feathers and loud, raucous calls!

Like many other large birds, Great Green Macaws are monogamous and form strong pair bonds for life, so strong that even when the pair flies with a large flock, the birds keep close to each other and almost touch their wings in flight. Young birds, at least in captivity, become mature after 5 years and start breeding after 6 or 7 years.

This species qualifies as Critically Endangered because extensive habitat destruction and capture for the cagebird trade are causing extremely rapid and continuing population declines. Their favourite food are seeds of almendro tree which is, however selectively, still logged in Costa Rica, while pineapple plantations are rapidly expanding and replacing tropical forest habitat.

Coming to Costa Rica, I needed only a few dozen species to cross my first big threshold: a thousand species. I came with 957, and started to collect my birds like an Acorn Woodpecker collects its nuts. And after one of these excursions, I was having a beer on the veranda at Rancho Naturalista Lodge, while entering my notes into eBird. I knew that I had probably crossed the threshold, but there was a chance that I was at 999 bird species! Or 998!! My OCD would not stand that! I needed a nicely rounded figure. It was a sigh of relief when I discovered that my species #1000 became a Short-tailed Hawk. Next goal: 1100 species, to cover about 10% of the total. Sounds reasonable and should be within reach.

Southeast of the Caribbean-slope town of Turrialba and high on a hill overlooking riverine forests and coffee farms of the Tuis River valley, the not-to-be-missed Rancho Naturalista is the perfect introduction to birding Costa Rica: relaxed, friendly place, serving delicious locally sourced gourmet food – and you have to shovel birds off the path to pass through.

Read the previous stage in When Harry Met Mercedes.

Find the next stage of the tour, highlands and Casa Tangara dowii here. 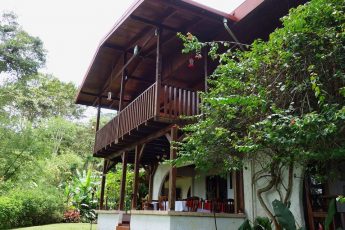 I'll fly tonight to the magical kingdom of Costa Rica 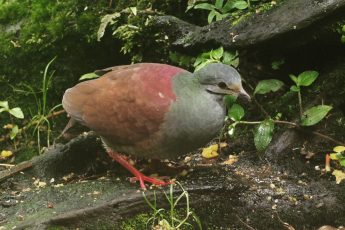 « Previous post
Entrance Point, Broome
Next post »
Our Favorite Bird Books (and one pair of Binoculars) of 2022