You ever notice how rare bird alerts (RBA) differ from state to state? I travel much when working for Nikon and I certainly make it a point to check out what has been seen locally. After years of reading posts and rules from other listservs I have come to the conclusion that most are inconsistent and some are just nothing more than a loose forum. How come we call them RARE BIRD ALERTS? Doesn’t this constitute that when you post it should be something that the majority would consider RARE? I think so. However, I am just one opinion in a eclectic crowd of birders.

For example, recently, I wrote a blog post about a Long-tailed Jaeger that showed up on the Front Range of Colorado. This is considered a rare bird chiefly because it shows up so infrequently. Also, it is a highly sought after bird that many birders might like to see even if it is not a lifer. Thanks to good friend and fellow gonzo birder, Glenn Walbek, he was able to provide this photo (among others) to the masses. I am going to use this example of the Jaeger with a fictional example. It is possible to see a post like this and then get someone talking about their Mountain Chickadee activity at their feeders. I am not saying this isn’t cool information in the right gallery, but since the Mountain Chickadee is a common resident bird in most of Colorado, it shouldn’t be on a RARE BIRD ALERT. I am also not saying this should be some elitist online society where only the best of the best post. I am saying that all posts should stick to the topic. I am the type of person that likes to be aware of the rare birds in my state immediately as someone posts. Thus, I get individual posts sent to my smart phone, but in doing this I have to delete dozens of posts a day that are not on point with the main objective.

I have joined a few and am involved in the main Colorado site. However, I noticed that certain rules apply. For example, no band codes are allowed and furthermore, you must put the county where the bird was seen in along with the site. This is okay for people in state, but what about out of staters who are reading the post. Now they are forced to search online further to find out where that county is because they don’t know and most certainly in cases where the out-of-state birder finds the rare bird. I have been in this position. How about for huge states like Texas or California. A rare bird seen in the Davis Mountains, TX doesn’t necessarily help someone birding in Harlingen, TX.

This is a huge country with huge states involved, but I must think there are better ways to organize these RBAs so they are not so scatter-brained. eBird has managed to organize a network of local experts to monitor their region. More and more people are using eBird and I think this will become the wave of the future as more people join this online society. At least with eBird you can look into trends locally and understand more about local migrational movements. I don’t claim to have any answers, but I do have questions and I often here people groan about the same topic of this post. Which is very odd because nobody wants to bring the problem to the surface.

As mentioned earlier, RBAs aren’t all bad. I wouldn’t have known about the latest influx of phalaropes in the state without someone posting. My local birding has been cut down due to time on the road and I am familiar with Red-necked Phalaropes as a common fall migrant. Lately, however, there have been a few Red Phalarope reports which would certainly be a uncommon bird at best in this season. So, I am off to Cherry Creek State Park to try and find one of these: A Red Phalarope (photo taken by Bill Schmoker) which displays a thicker, more stout bill than the Red-necked and in full winter plumage would be clean, slate gray on the mantle. This Red-necked Phalarope (photo taken by Bill Schmoker) shows the more delicate, longer bill and steeper forehead. One must also keep a close eye on the streaking on the mantle when separating these birds. Hopefully, luck is on my side. Coincidentally, Glenn Walbek posted on the Colorado RBA as I was writing this about a possible Red Phalarope at Cherry Creek State Park. So timely! So, I guess bottom line is that RBAs are great in circumstances but often have me rolling my eyes in the back of my head as well. Good Birding out there! 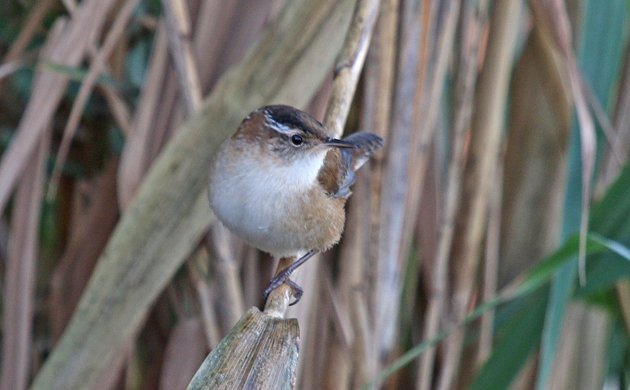