The first time I saw a Red-legged Seriema, I had no idea what it was. What family is it from? Where does it come from? How do I get to see one in the wild? I didn’t even know where to start. This first encounter was during a bird of prey exhibition at Leeds Castle, so the information was forthcoming from the commentary, but the chances of ever seeing one in the wild seemed remote. 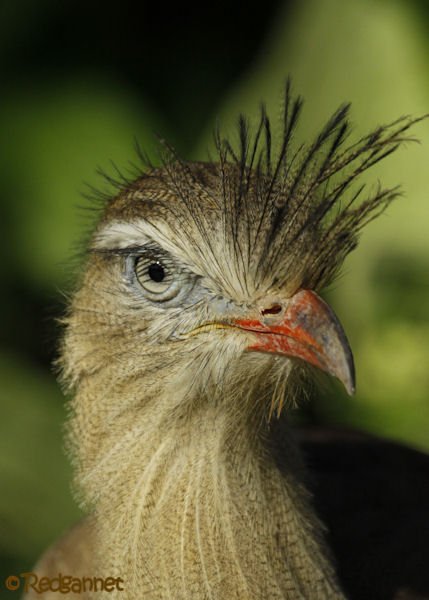 Fast forward 8 years and I found myself in Brazil. My birdy buddy, Martin and I had enlisted the help of Adilei, a local guide from REGUA, a beautiful lodge in the Mata Atlantica. Adilei had suggested that we might encounter a Seriema on our day trip to Pico da Caledonia, but made the call just beyond the entrance to the lodge 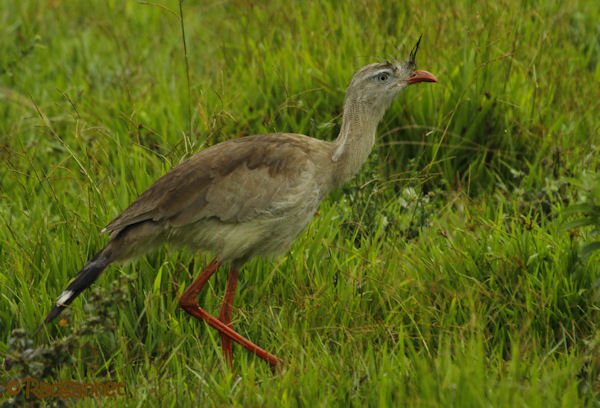 We pulled over to see two birds legging it through a roadside pasture chasing down insects that make up much of their diet. They are often found in association with cattle and benefit in much the same way that egrets do. 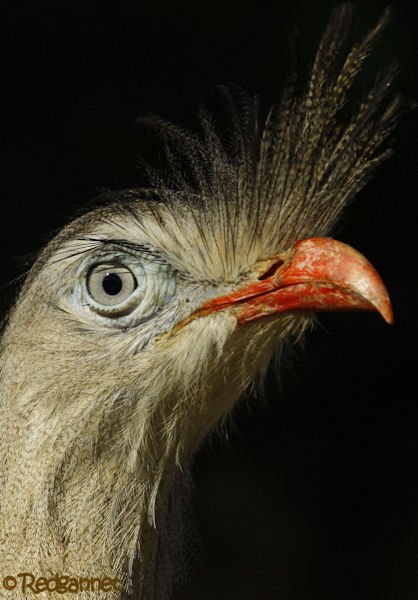 It was a good sighting and a reasonable record photo was obtained, but the main show came at a site that Adelei knew of in the highlands. Pastures and meadows have been developed on the de-forested slopes of the mountains and these are the favoured habitat of Red-legged Seriemas. After a very productive day higher on the mountain, Adilei capped out the day by locating a family of the birds which consisted of a mature pair with a grown offspring (probably). 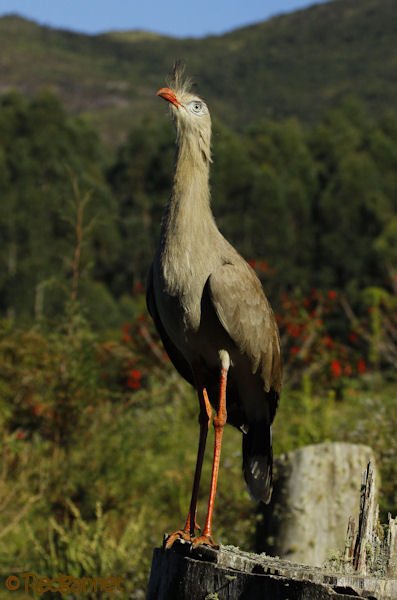 Red-legged Seriema, (with the only other member, the Black-legged Seriema) is placed in the family Cariamidae. They share the feature of a raptor claw on the third digit of each foot. This sickle claw is used to rip larger prey into manageable chunks and suggests an evolutionary association with the extinct Terror Birds.

Terrible, perhaps not, but they are certainly bold. When we first encountered them, one came running towards us and stared us down. As we moved position to get better light for a photo, the three birds tracked us closely to make sure that we did not present a threat to the family. 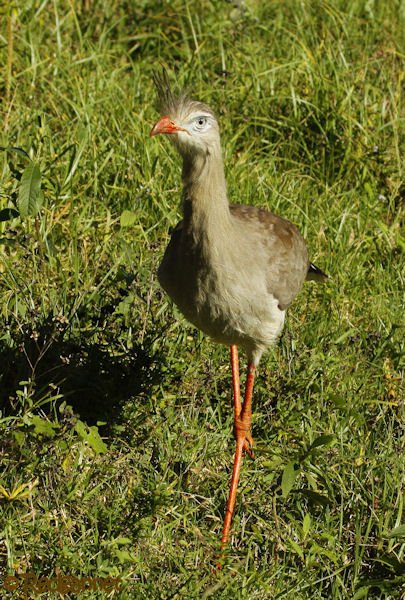 As if being eye-balled and herded by an extraordinary, prehistoric bird was not enough, we were then witness to a synchronised territorial display involving an astonishing song and the worry that the birds were about to vomit. 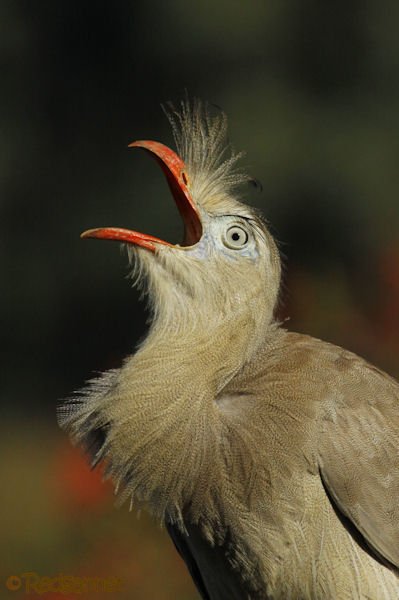 Red-legged Seriema, Cariama cristata, can be seen in Brazil and Uruguay and overlap with the Black-legged Seriema in Northern Argentina and Paraguay. 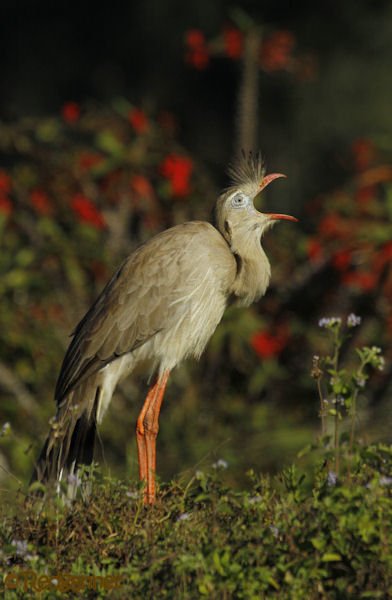 « Previous post
Black-faced Woodswallows in the Kimberley
Next post »
Where Are You Birding This Third Weekend of June 2017?