Rufous Fantail and other forest surprises 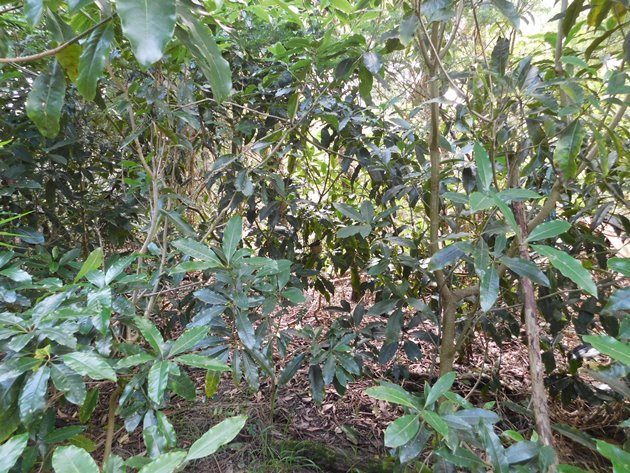 It can be challenging birding in new environments, especially when it involves tall trees! At home in Broome we don’t have many tall trees and so whilst we are visiting Victoria we have had to adapt. We are having to adapt to cold weather too, because it has mostly been very cold despite it being summer!

Grey Fantails are incredibly common around Gippsland and probably the most common bird around Foster. Rufous Fantails are observed less often and my first encounter was on 5th November on the Great Southern Rail Trail between Foster and Fish Creek. I then started to observe more Rufous Fantails in December.

Whilst walking in Whipstick Gully Natural Features Reserve on 7th December I observed a Brown Goshawk high up in a tree. The area is very hilly and there are numerous walking trails and mountain bike trails. There have been very few occasions that I have encountered anybody else in the reserve, but I have encountered two Tiger Snakes. I can’t walk too quietly, because I need snakes to know I am present and allow them to move away from the trail that I am on.

As I moved around the trail to try and get a better observation of the Brown Goshawk I was distracted by a small bird nipping into the bushes. I was then delighted to observe a Rufous Fantail carrying food to two chicks in a nest. The nest is in the header photo, but I don’t know if you can see it. 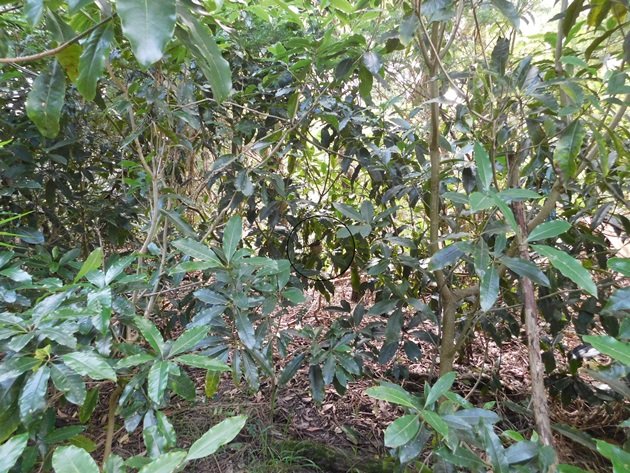 Rufous Fantail nest circled for you

The female Rufous Fantail then sat over the chicks and I was able to capture some photos. 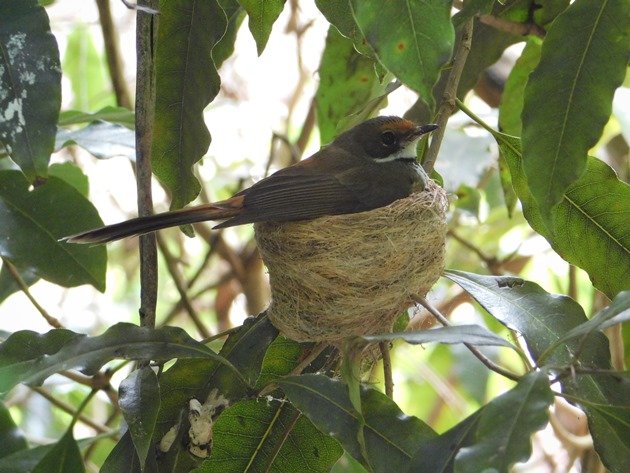 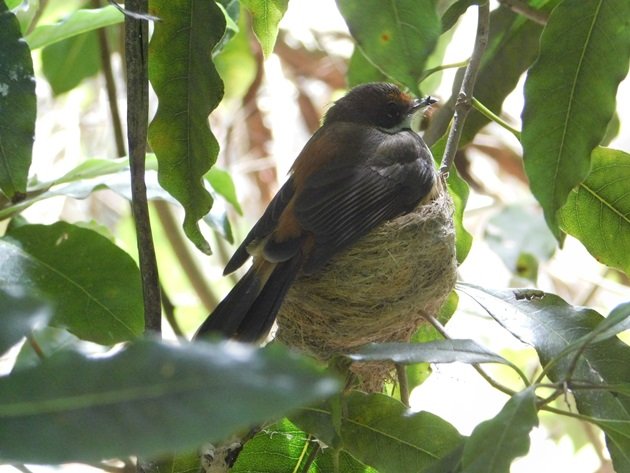 Rufous Fantail on the nest

I visited the nest briefly on a few other occasions to see the young birds being fed by both adult Rufous Fantails and by 15th December the chicks were very large. One appeared to be trying to get out of the nest and the following day the nest was empty. 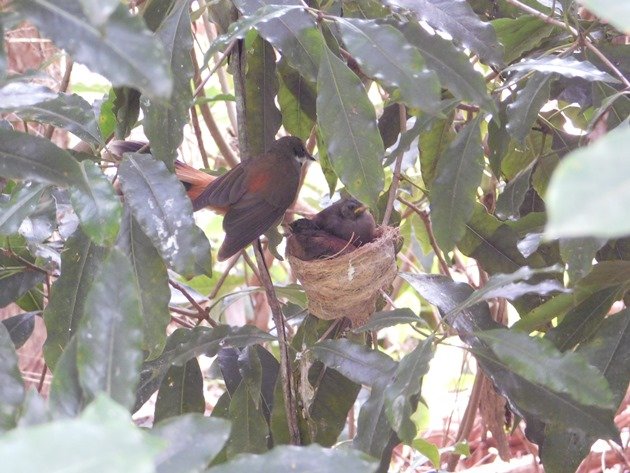 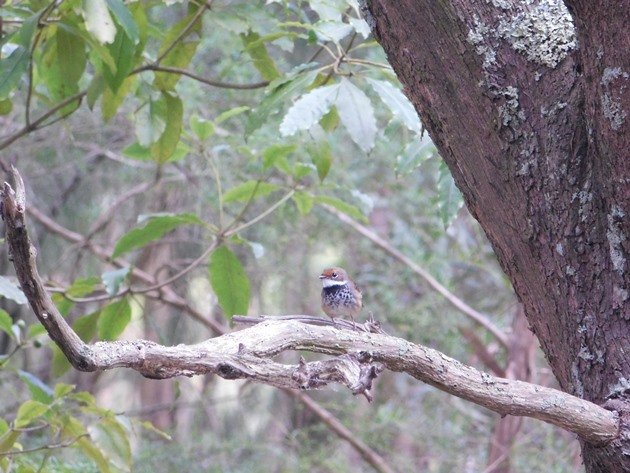 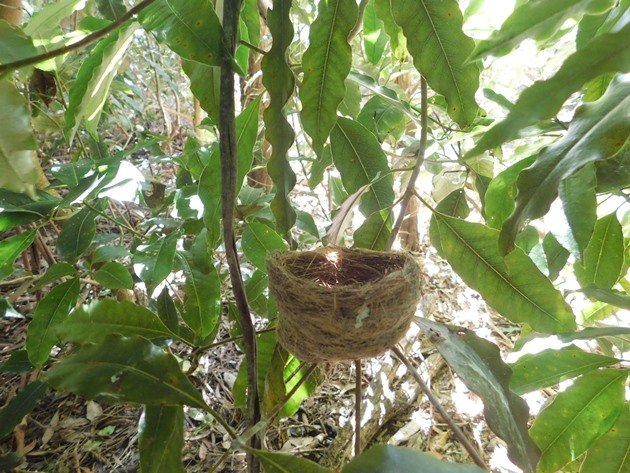 On my second visit to the Rufous Fantail nest I was scanning the forest and noticed an odd shape in the trees. I raised my binoculars and there was one huge male Koala relaxing in the fork of the tall tree. 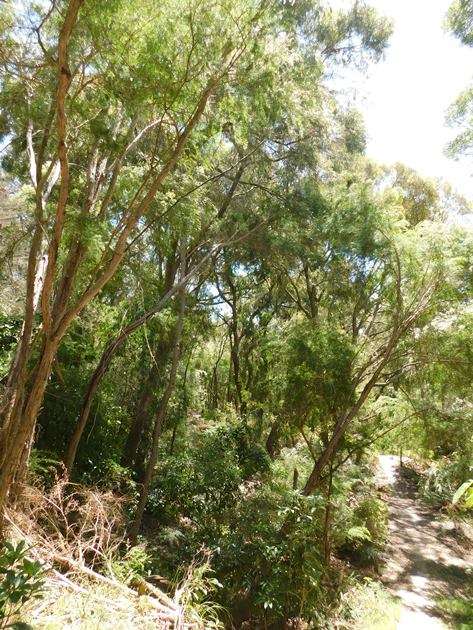 There’s a Koala in this photo! 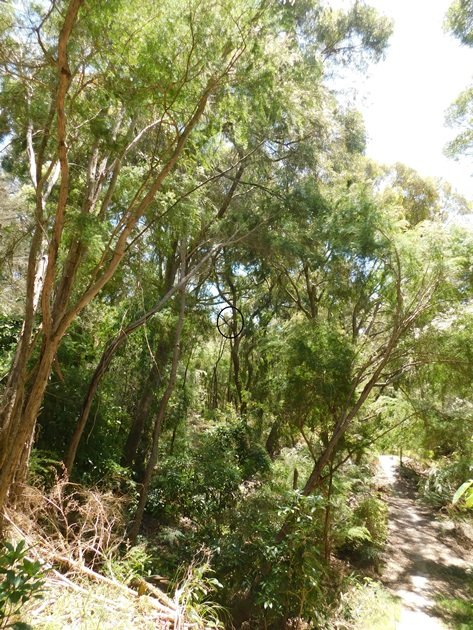 Koala-circled to show you the location! 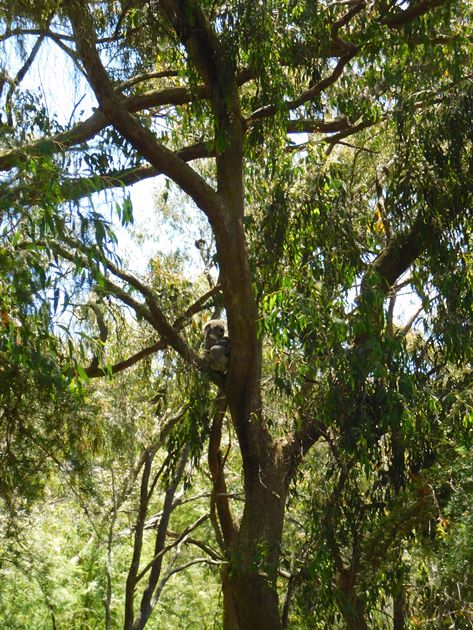 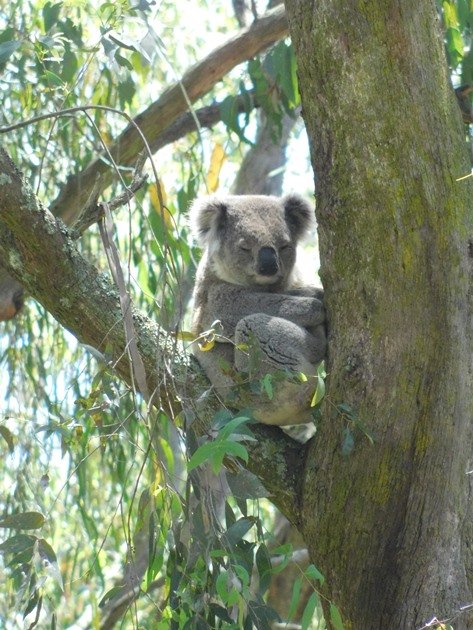 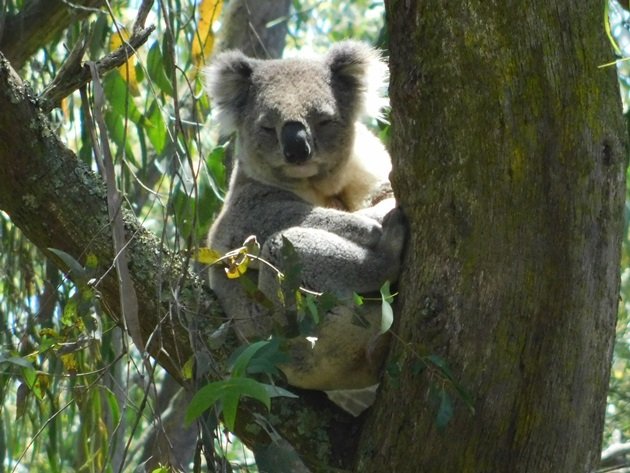 The Koala becomes obvious when you zoom in a bit!

Then to my surprise I saw another nest. This nest was even higher up and appeared to be balanced on some mistletoe. There were three chicks in the nest. It was very tricky to capture a photo of the chicks due to the height and all of the vegetation. There were no adult birds present at the time. 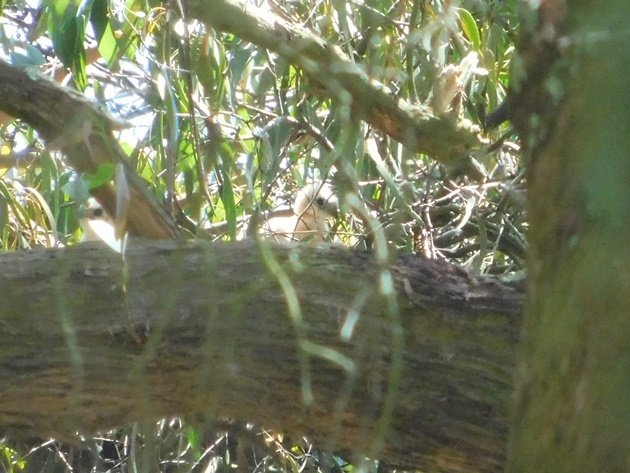 I was able to take Grant to see the Rufous Fantails very late in the evening after work. He had not observed Rufous Fantails since we arrived. He was quite surprised that I had found such a well-hidden nest, but I most likely would not have found it if there had not been an adult bird returning with food.

The Koala was still present in the same tree and the identification of the chicks in the higher nest was confirmed to be that of a Brown Goshawk when an adult returned with food. I have only observed one Brown Goshawk chick in recent days and it has rapidly increased in size.

Observing birds in very tall trees does have its challenges, but it does also have its rewards!

I will also take this opportunity to wish you all a Happy Christmas! 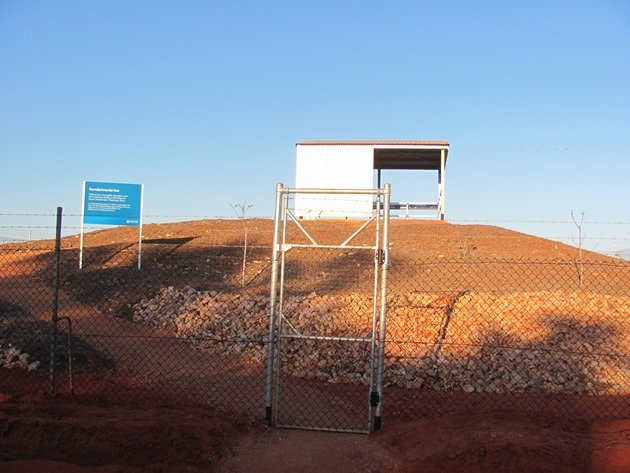 « Previous post
Murder Most Wildfowl: A Review of “A Dance of Cranes” by Steve Burrows
Next post »
Bird Counts and Cold Fronts in Costa Rica