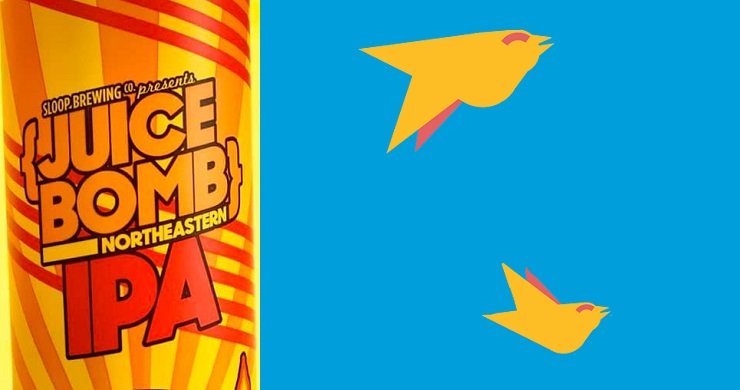 As the peak of spring migration in the northern hemisphere, May is always an exciting but exhausting month for birders in North America. For the last three weeks, I’ve been getting up early every day to spend several hours before work searching for newly arriving migrants at my local patch, waking earlier and earlier each day to beat the sunrise. I’d be lying if I said it wasn’t tiring. But it’s almost June and we’re nearing that finish line. It ain’t over until the last Blackpoll Warbler (Setophaga striata) sings. Or something like that.

During the rest of the year, when the birding is a bit quieter, I always try to find something interesting to write about each week at Birds and Booze – perhaps a beer with a species we haven’t seen before, or a wine label with an especially striking depiction of a bird, maybe something with a good story or a seasonal connection, and so on. But come late May and I’m groggy and scrambling to write a review on Thursday night before hitting the sack and setting the alarm for 4:30 a.m.? I’m probably going to settle for just about anything with a bird on it for a quick and easy post. Which is precisely what we’re getting this week.

Juice Bomb IPA by Sloop Brewing in Hopewell Junction, New York is a great beer – it just doesn’t have much going on bird-wise. Sure, there are some birds on the can of this New England-style IPA. Two, in fact – and they’re cute, cartoonish, and orange, looking a bit like the Twitter logo. They even look like they could be swallows but we can’t say for sure. Whatever they are, they’re birds, and they’ll do. Right now, I’m just hoping I remember to make my cold brew coffee after wrapping up this review and before I crash tonight for another early start tomorrow. Things will be back to normal soon, right? 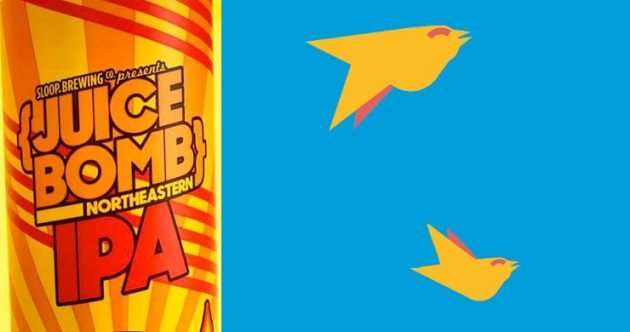 Juice Bomb is a New England-style IPA, a hazy, hoppy, and fruity style that’s probably the most popular beer style in America right now and one we’ve covered many, many times. This is one of the cloudier ones I’ve seen, exhibiting  a milky opacity that would be downright unnerving to most beer drinkers just a few years ago. It’s a veritable fruit salad in a can, showing off plenty of fresh orange and pineapple aroma, along with bursts of ripe peach, cantaloupe, and mango. There’s a light bit of malt sweetness on the nose under all that fruit, too, if you’re looking for it, but it’s alright if you’re not – this is an easy-going IPA that can be as serious or relaxing as you like. Of course, it certainly wouldn’t be a juice bomb without another round of fruit flavors on the tongue, beginning with a sweet and mildly tart dash of blueberry, which is gradually overcome by an assertive wash of grapefruit, and ending with just the right touch of piney bitterness. There’s a citrusy tingle in the mouthfeel that gives way to plush, velvety texture one expects from every good New England IPA. 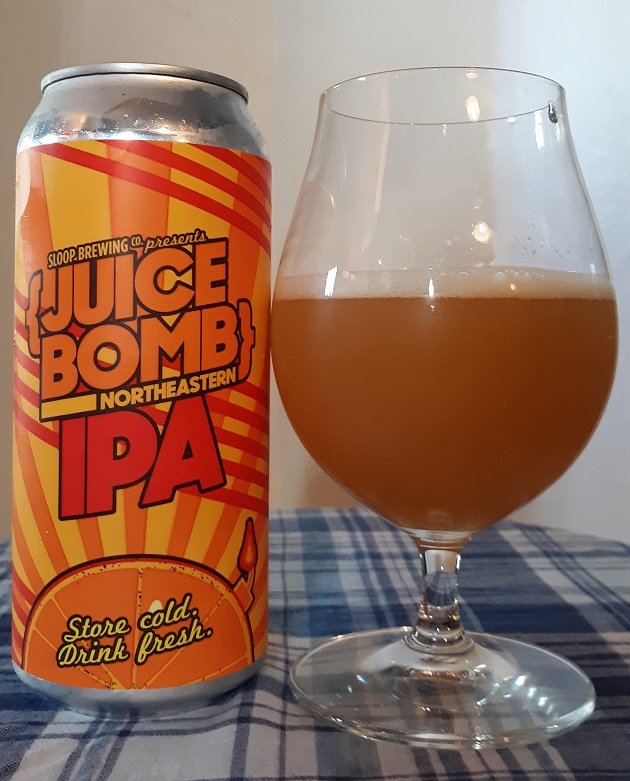 Here in New York, the Memorial Day holiday weekend looks like it’ll be warm and summery. Undoubtedly I’ll be out birding in the early morning again, when that coffee I mentioned will be my drink of choice. But I think I’ll mix it up a bit with a little evening yard birding by looking for Common Nighthawks (Chordeiles minor) flying over my home at dusk – and Juice Bomb seems like the perfect beer to crack open when I do.

« Previous post
Where Are You Birding This Fourth Weekend of May 2020?
Next post »
Emerging birding destinations: Serbia