A few weeks ago a colleague of mine at work expressed delight as he looked over my shoulder at work and saw a large photo, the first such photo ever, of a Moustached Kingfisher. The species was in the news because some scientists had finally managed (or bothered – it’s much the same thing) to locate the population high in the mountains of the Solomon Islands, and catch and photograph one. What wasn’t publicised at the time, but the scientist later both admitted and owned, is that the kingfisher was then killed and collected for scientific reasons.

I’m not going to rehash the arguments for scientific collecting here. If you want to know why most scientists support collecting this piece in Science explains it better than I can. I can understand why some people are conflicted, but the value to science of the collections is immense. I worked with an enormous collection of bird skins in the collection of Te Papa (The National Museum of New Zealand) during my (unfinished) PhD. The majority of the collection had been made in a haphazard way during the Victorian era, with a much smaller contribution made in the modern era mostly from incidental mortality. The large room the collection was held in was a profoundly weird place. Shelf after shelf after shelf of trays of dead birds, most with their original archaic Victorian era label written in spindly cursive attached to a leg. Box after box of egg. Unsurprisingly the ones that most stick in the mind were the lost species. I took measurements from Chatham Bellbirds, Chatham Fernbirds, and South Island Snipe. I remember looking at a single skin of a Long-legged warbler from Fiji, the only known specimen or record of its particular subspecies, the sum total of all knowledge about its kind. And most haunting was the cupboard of mounted specimens of extinct species. New Zealand Bitterns. Huia. Piopio. Bush Wrens.

This collection isn’t some ghastly memorial or symbol of human stupidity. It’s a scientific collection, and has and is used by scientists to expand what we know about birds. Before Richard Owen hit on the inspired idea that museums could be places for the education of the masses, they were simply large collections of important objects used for academic research. Today one can’t help feel Owen’s idea has been turned on its head. Museums have become about the visitor’s almost exclusively, if you ask a curator. Their original and crucial function is being lost as museums struggle to balance the books and keep the punters amused.

Predictably this distinction is lost on the section of society that a) knows very little and b) enjoys overdosing on outrage, and they were, well, outraged by the death of a single bird (in a way they aren’t by say the loss of an entire species to deforestation). In part this was due to the outstanding way the reporting was handled by the press. If you feel like spelunking into stupidity and bile, have a read of the comments section of the Daily Mail article.

And if you thought that the first line of my last paragraph came across as elitist, patronising and smug, well, you aren’t the only one. Because it did occur to me that we have a massive problem here. When I first heard that the kingfisher had been collected my response wasn’t “why?” but a groan and a “why on earth did you tell anyone?” I feel that way about hunting as a conservation tool too sometimes, wondering if perhaps its best to not tell people what conservationists and scientists do because people get angry about the wrong things. And that also worries me greatly, because that’s a profoundly cynical and undemocratic way to think. So it was the right decision for the scientist to bring it up. We should be honest about science and conservation, even if it isn’t always the easiest path. 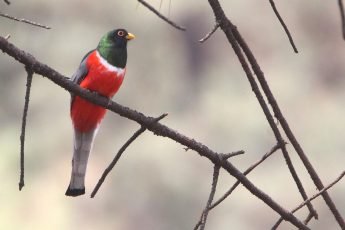 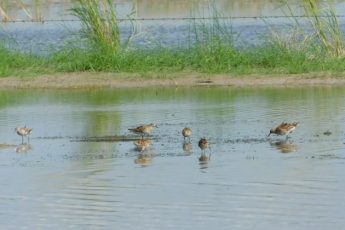 « Previous post
Only for Dogs and Birders – Kalamas Delta, Greece
Next post »
What is the State Bird of New Hampshire?