There are things you don’t do in the mountains. You don’t go surfing — except that river surfing, or at least stand-up paddleboards, are totally a thing now. You don’t eat sushi — except the salmon. The salmon is good. And you don’t see shorebirds — except Mountain Plovers, Upland Sandpipers, Killdeer. And especially Spotted Sandpipers. The Spotted Sandpiper – or Mountain Meep Bird, as Chuk dubbed it — was everywhere as we floated along the North Fork of the Flathead River. As I’ve noted before, floating is not ideal for birding, but sometimes it’s all you’ve got and if so, it’s time to learn to appreciate the Spotted Sandpiper — along with the Bald Eagle, the Common Merganser, and other commonplace water birds of Montana.

The neat, natty Spotted Sandpiper is the most classic of Montana shorebirds in that, unlike the others, it actually does confine itself fairly strictly to shores — it’s just that those shores need not abut salt water. Lakes and ponds, streams and rivers, all are home to this widespread bird. In winter, they may even visit the sea.

That said, they are not very confiding, and were it not for their calls it would be easy to miss the brown birds on brown banks as we drifted by. The white flashes on tail and wing when they take flight would seem like they should be obvious — until you see them against the tangles of driftwood and live pines and varicolored rocks along the river’s edge. They seem not to mind each other’s company, for I saw them often in pairs — the female usually confines herself to one male and helps out a little around the nest, though they sometimes dabble in polyandry like their more notorious cousins the phalaropes. But they do not want ours.

The whole wilderness feels that way, sometimes, when you are floating — there and gone, glimpsed and hidden. 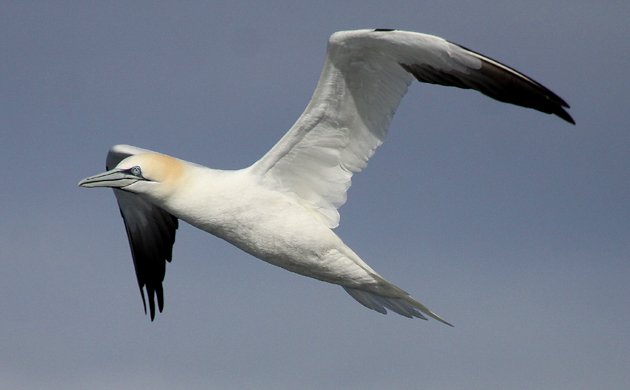 « Previous post
Where Are You Birding This Second Weekend of July 2013?
Next post »
The Eagle Has Landed