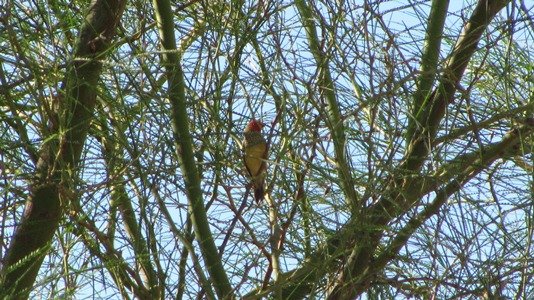 Star Finch Neochmia ruficauda are small finches that are very well camouflaged and to add to the challenge they like to hide in reeds, spikey green bushes and are a real challenge to photograph. They also have a shriller note than other finches and although I can pick it up others cannot always do so. They are present in the north of Australia, but interestingly there is a gap on the map right over Broome! We either have to travel north or south to observe them. Last year we saw a nice flock at Parry’s Lagoon Nature Reserve and they would all come down to the water together to drink.

On the few occasions we were able to go birding whilst Grant worked in Karratha this year we did search out the Star Finch at the Maitland River. Once again they attempted to trick us by getting into dense bushes and in the reed beds, but with their bright red heads they were not quite hidden. They did choose the bushes with the biggest spikes, though! I would like better photographs, but this is my attempt at the Maitland River. Star Finch at the Maitland River

For a brief moment three of the Star Finch flew from the spikes to the dry riverbed and gave me a brief opportunity to take a photograph, but they were quick and nervous. There are plenty of raptors in the area and of course they were not taking any risks. If you doubt the spikes I am referring to then do not fear! I photographed them as well! They are impressive and you would not want to be walking through this patch of bush in the dark without light! We have had nice low tides again in Broome and we don’t have Star Finch here, but we do have the most amazing Star Fish here. I have decided that they are definitely a lot easier to photograph and until I get a better picture of a Star Finch I will try and satisfy the readers with Star Fish. They definitely don’t move as fast! Star Finch are another bird species which is in aviaries, but despite the frustration of not being able to get good photographs due to spikes I would much rather see them in the wild any day. 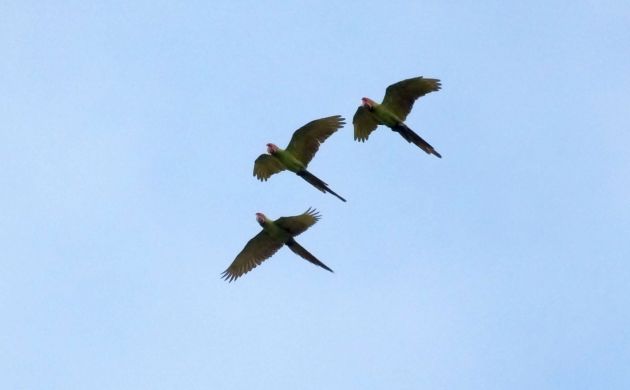 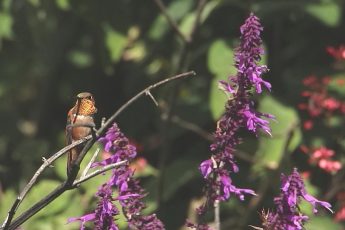