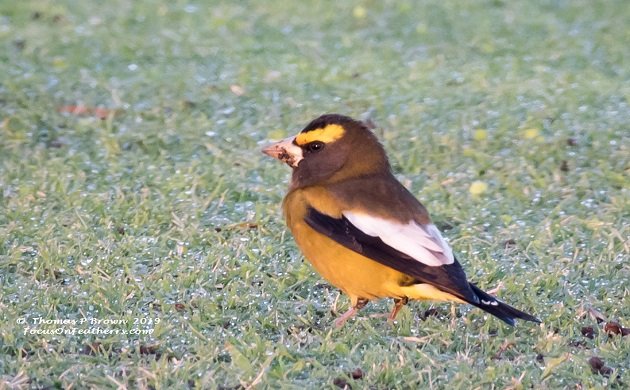 As we march ever closer to the end of 2019, I continue to marvel at the number of birds that pass thru, or reside in this relatively small area. After an extensive year of travel in 2018, I have mainly focused on Pima County and the Tucson area for my birding. The early part of the year found me learning my way around, and meeting some incredible people. This also provided me with the “Low Hanging Fruit” of birds, you know, the easy stuff. As the year has gone by, my search for new birds now has me covering vast amounts of Pima County looking for the rarities, the one off birds that have not been seen a while. The last couple of weeks have found me chasing Surf Scoters, California Gulls, Ring-billed Gulls, Mountain Plovers, American Redstarts, and a bird that seems incredibly far from any of its normal habitat. Just a few days ago, I got a text about a male Evening Grosbeak, out in the middle of a small public golf course, in the middle of the desert. The bird was nearly 120 miles one way, so I was out the door by 3:30 AM, along with birding buddy Brian Nicholas. Other than the distance traveled, this was about as easy a twitch can bee, as the bird sat in the very middle of the #1 fairway, chasing bugs. I can only assume that the birds was very lost, exhausted and hungry, as it gave up all defensive measures and just ate away, despite the three Cooper’s Hawks circling the golf course looking for an easy meal. I had been in touch with several other birders on their way to see this rarity as well, so I stood guard over the bird, waving off the hawks repeated efforts at making a very colorful meal of the bird. Finally, when the superintendant of the golf course came out to mow the nearby #1 green, the bird flew up into a small mesquite tree, which offered some better protection. By the end of the day, the bird had flown off, hopefully to safer area to rest up and get its self a good meal! 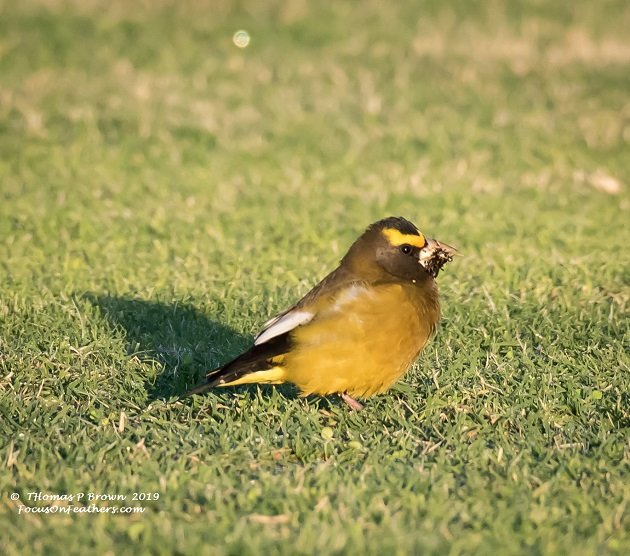