Seth, online bookseller extraordinaire and ally to the Core Team, brought to my attention a while back the writings of an ardent conservationist better known for his modest success in politics. I’m talking, of course, about Theodore Roosevelt. A chapter in his 1916 work, A Book-Loverâ€™s Holidays in the Open is titled “Bird Reserves At The Mouth Of The Mississippi.” Teddy’s writing is sublime. His description of wild and domestic birds, as well as the varied flora and fauna that populate their habitat, is informed by such a deep fascination and reverence as would do any naturalist proud. The following paragraph is a perfect example of his engaging style:

There were other birds. The soldierly looking red-headed woodpeckers, in their striking black, red, and white uniform, were much in evidence. Gaudy painted finches, or nonpareils, were less conspicuous only because of their small size. Blue jays had raised their young in front of the house, and, as I was informed, had been successfully beaten off by the mockers and thrashers when they attempted assaults on the eggs and nestlings of the latter. Purple martins darted through the air. King-birds chased the big grackles and the numerous small fish-crowsâ€”not so very much bigger than the gracklesâ€”which uttered queer, hoarse croakings. A pair of crested flycatchers had their nest in a hollow in a tree; the five boldly marked eggs rested, as usual, partly on a shed snake skin. How, I wonder, through the immemorial ages, and why, did this particular bird develop its strange determination always, where possible, to use a snake’s cast-off skin in building its nest? Every season, I was told, this flycatcher nested in the same hollow; and every season the hollow was previously nested in by a tufted titmouse. Loggerhead shrikes were plentiful. Insects were their usual food, but they also pounced on small birds, mice, and lizards, and once on a little chicken. They empale their prey on locust thorns and on the spines of other trees and bushes; and I have known a barbed-wire fence to be decorated with the remains of their victims. There were red cardinal-birds; and we saw another red bird also, a summer tanager.

The chapter is not too long and can be read in its entirety here. This is essential reading for birders as well as any who question whether conservation is a concern worthy of a U.S. President:

The Audubon societies, and all similar organizations, are doing a great work for the future of our country. Birds should be saved because of utilitarian reasons; and, moreover, they should be saved because of reasons unconnected with any return in dollars and cents. A grove of giant redwoods or sequoias should be kept just as we keep a great and beautiful cathedral. The extermination of the passenger-pigeon meant that mankind was just so much poorer; exactly as in the case of the destruction of the cathedral at Rheims. And to lose the chance to see frigate-birds soaring in circles above the storm, or a file of pelicans winging their way homeward across the crimson afterglow of the sunset, or a myriad terns flashing in the bright light of midday as they hover in a shifting maze above the beachâ€”why, the loss is like the loss of a gallery of the masterpieces of the artists of old time.

These are sentiments that do credit to both a leader and a nation. 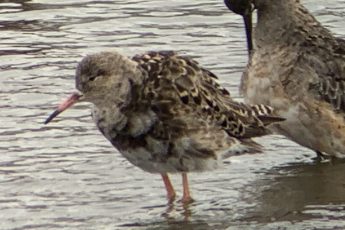