I’ve been back from Belize for several days now and have fully recovered from the chiggers, the sunburn, the sand flies, the rum, and the exhaustion of international travel. (I know, I know, poor me, right?) Thinking back on the time we – the family and I – spent enjoying a new country for all of us I realized that my favorite birding of the whole trip was while we were at Sleeping Giant Rainforest Lodge, along the Hummingbird Highway near Blue Hole National Park. It involved me sitting on the porch of our casita, generally with a mojito in hand and Desi hanging out on the hammock, and watching birds come to the big bare tree that stood about thirty meters away as we listened to the babble of the brook that flowed through the garden. It was peaceful, fun, and perhaps the best way I can come up with to spend a vacation. 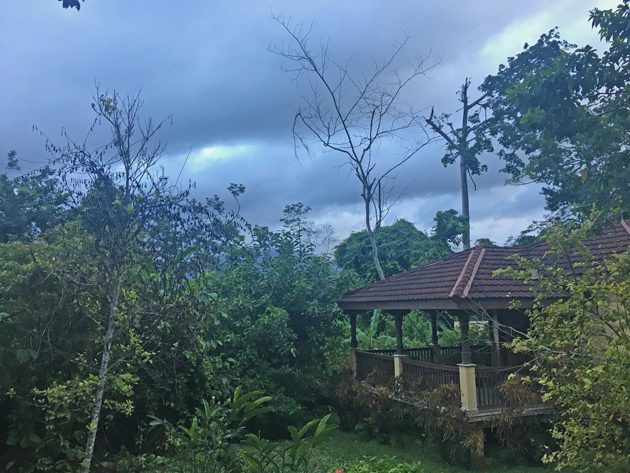 That skinny little thing sticking up out of the left side of the porch next door is the tree in question.

It wasn’t that the birds that came to the tree were particularly rare or particularly close. Most of them were common and the light on the tree was only good in the afternoon. They were mostly birds of disturbed habitat as, despite the name, Sleeping Giant Rainforest Lodge is only adjacent to a rainforest, not in one, a very big difference. But what they were was continuous. There was almost always at least one bird in the tree, as it was the perfect staging area for flying across the Sibun River, which flowed behind the tree, or for landing in after flying across the river. 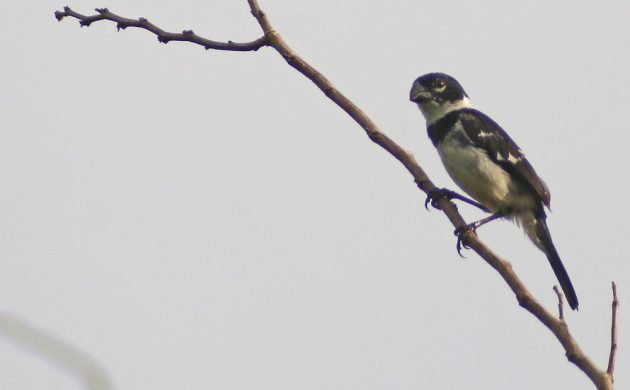 White-collared Seedeaters were one of the most common birds at Sleeping Giant and they would often perch up in the tree to sing. 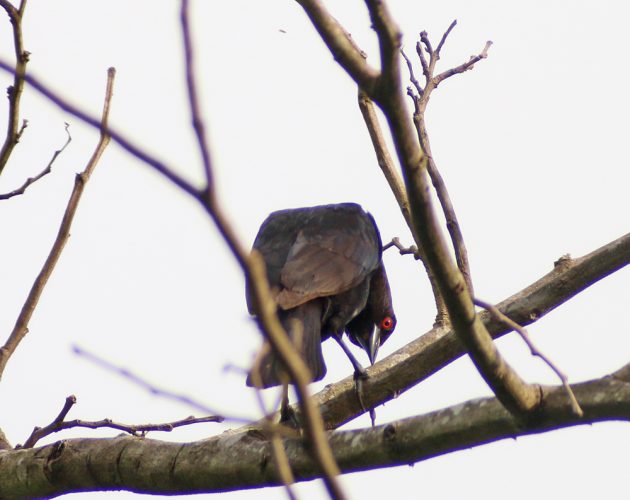 For some reason, I really like Bronzed Cowbirds. Maybe it’s that scary, red eye? 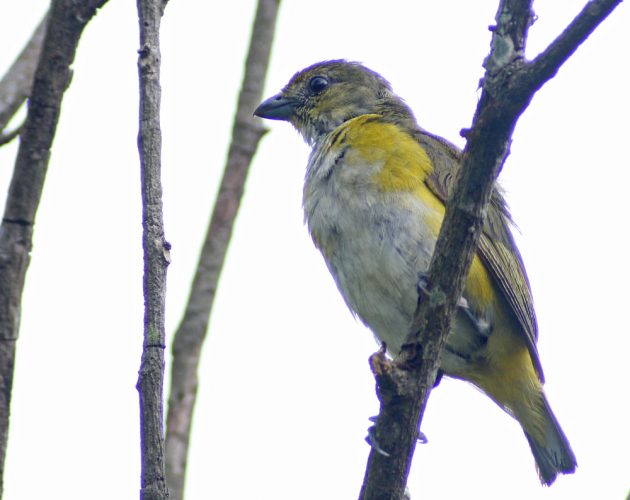 This bird stumped me when it flew into the tree. Fortunately, it sat and let me watch it for quite awhile and get some pictures. I’m relatively certain it is a female Yellow-throated Euphonia, but am open to correction. How annoying that females of the species lack the namesake throat! 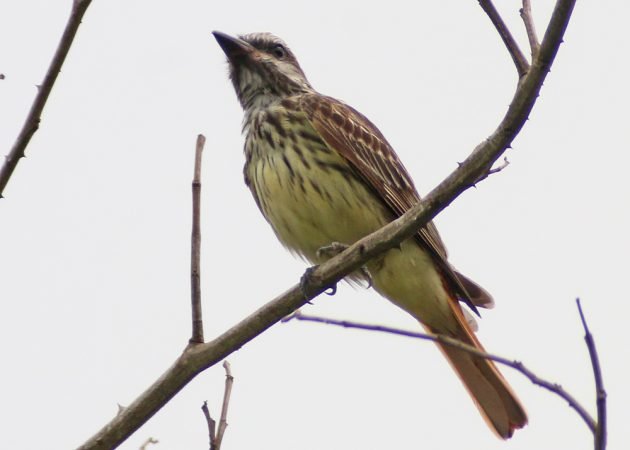 Sulpher-bellied Flycatchers are a snazzy bird and are unfairly overlooked for all the bright-yellow-bellied flycatchers. 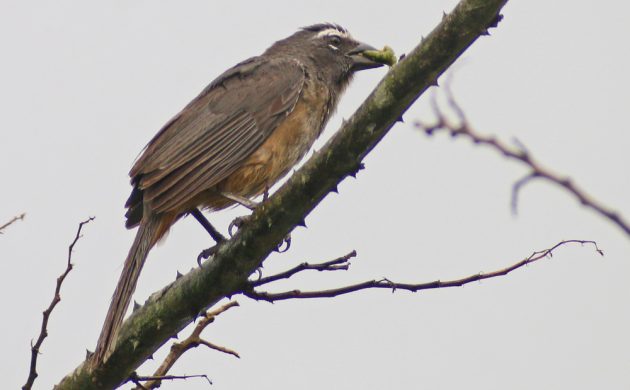 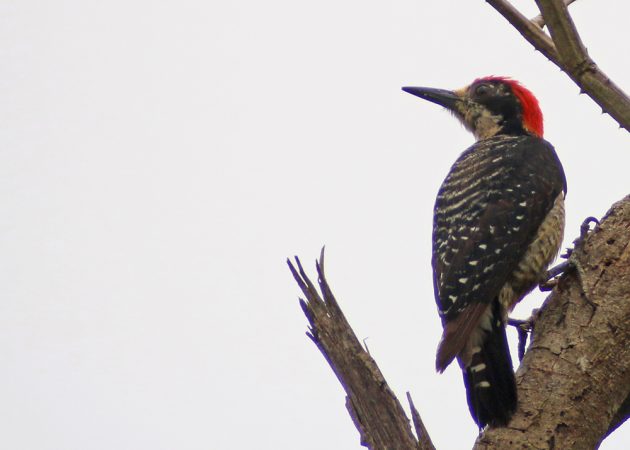 Black-cheeked Woodpecker was one of the four species of woodpecker I saw at Sleeping Giant but the only one I got decent images of. 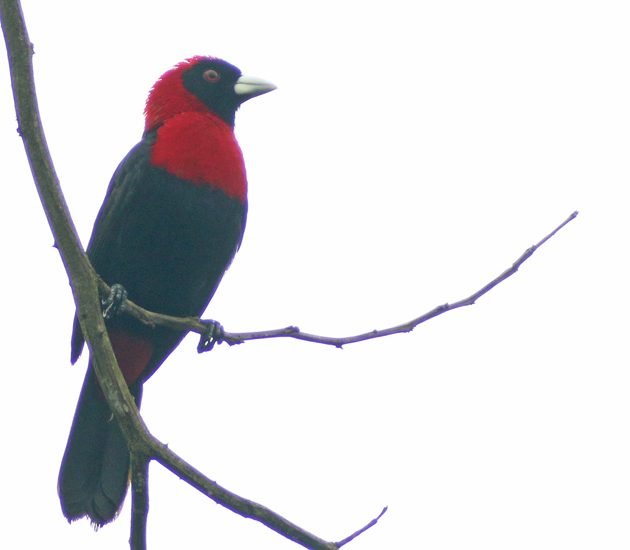 If I managed to see this many cool birds in one tree in one location while drinking mojitos and entertaining a seven-year-old how many awesome birds did I see on the rest of the trip? You’ll have to wait and see and come back to the blog for more to find out!

« Previous post
Will Environmental Laws Prevent a Wall Through Santa Ana NWR?
Next post »
Best Bird of the Weekend (Second of August 2017)