So, why would a cool, well-known, often-read, highly regarded blog need a beat writer for New England you ask? (OK, so maybe you don’t ask, but I’m going to pretend that you did because I need some sort of a springboard here.)  You see, for my maiden voyage here at 10,000 Birds, I want to give you a little background on the area which I’ll be (mostly) covering when I blog here – which I believe to be as an exciting an area for birding as any I know.

As you might know, New England has had a (relatively) long and storied past with birding on all levels – from casual birdwatchers to some pretty serious contributions to the field of Ornithology.   Books can (and to some degree have) been written on the subject and it is not my intention to try to do so here, but I can think of many examples of the historical context of birding in the area – from the founding of the first Audubon Society here in Massachusetts in 1896 by Harriet Hemenway to help stop the slaughter of birds for use in women’s fashion – to the Nuttall Ornithological Club in 1873, the first organization in North America devoted to the study of ornithology, and to the Association of Field Ornithologists, which started out in 1922 as the New England Bird Banding Association.   The area has served as the homes to a number of renown ornithologists such as Ludlow Griscom (although he was born in New York, but I can forgive him that as I was also) and Arthur Cleveland Bent who authored the numerous volumes of the “Life Histories of North American Birds.”  Many famous and published birders still make their home in New England such as David Allen Sibley and Don and Lillian Stokes (I don’t think I really need to tell you who they are) as well as thousands – yes thousands – of everyday birders of all skill levels.  And why is that?  Well, the birding in New England is pretty darn good.  There is the Cape Cod shore where any number of pelagics can be seen, and the great salt marsh that lines much of the coast and beaches that have great numbers and variety during shorebird migration.  There are many great and well-known migration fallout spots like Mount Auburn Cemetery, Plum Island, and the Connecticut River Valley where birds stop and feed on their way to the boreal forests north of us.  Then there are the mountain ranges of New Hampshire and Vermont where higher elevation birds can be found, as well as birds of more northerly climes reaching their southernmost limits. The relative proximity of freshwater, saltwater, fields and forests, mountains and marshes, provides something for every birder at any point in the year.  Want to add Black-headed Gull to your ABA list?  Well, many a lister has traveled here to do so.  Want to see Atlantic Puffins up close and personal, while also being able to see the yellow lining of the mouth of a Razorbill?  Do what National Geographic, Marlin Perkins and Roger Tory Peterson did and take a short boat trip to see them on the rocky islands of the coast of Maine.  Want to be able to study Seaside vs. Nelson’s vs. Sharp-tailed Sparrows?  There are several marshes where you can do so, where the ranges of these birds overlap.  Snowy Owl?  Yep, got ’em every winter.  Bicknell’s Thrush?  We can almost drive right up to them.  Not to mention the vagrants – ever hear the story about the Ross’ Gull in Newburyport?  Or the Red-footed Falcon on Martha’s Vineyard?

There are some other factors that make New England such a great birding area – there are a number of organizations working to preserve land –  the local (and very active) Audubon Societies in each state, to the Nature Conservancy, to some really excellent National Wildlife Refuges and Wildlife Management areas as well as some smaller non-profits that work to preserve land from development.  (i.e. there are a LOT of places to go birding!) Also, I am amazed at the number of birding clubs that the area can support – 14 birding clubs in Massachusetts alone, including the Brookline Bird club – one of the oldest bird clubs in the US which is still going strong and leading bird walks every weekend of the year, and every day during spring migration.

OK, I hear you saying, get to the point.  Well here it is – I am not saying that New England puts everyplace else in the US to shame when it comes to birding – every spot has its history, its great birders, its celebrities, its specialty birds, and its clubs and societies.  I just happen to live in New England and I think its a pretty special place with plenty to blog about – and I hope that you’ll enjoy my sharing it with you here on 10,000 Birds.  And frankly, I hope as I share these experiences with you, that you’ll share info about your local birds, places and experiences via that little comments tag below.

Written by Christopher
Christopher Ciccone was born and raised in New York’s Hudson Valley, educated in western New York where he acquired a few very un-interesting business degrees, before moving to New England and living in both New Hampshire and Massachusetts where he now resides. A little late to the birding game, Christopher started casually birdwatching at Mt Auburn Cemetery in 2000, then became quite serious about birding after a week long trip to Sanibel Island in 2002 - and he hasn’t stopped birding since. A life-long interest in photography has naturally developed in a desire to photograph birds, and so in early 2008 he also started Picus Blog to share his passion for birds and photos with friends and family. 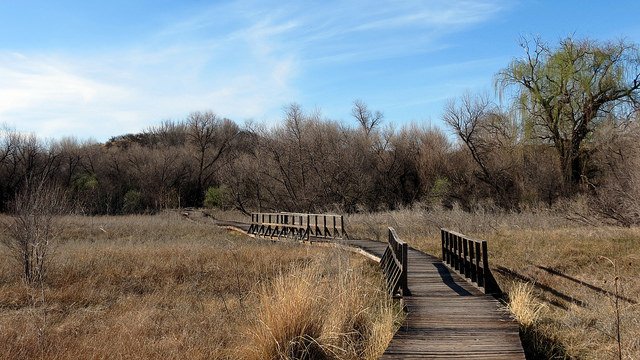