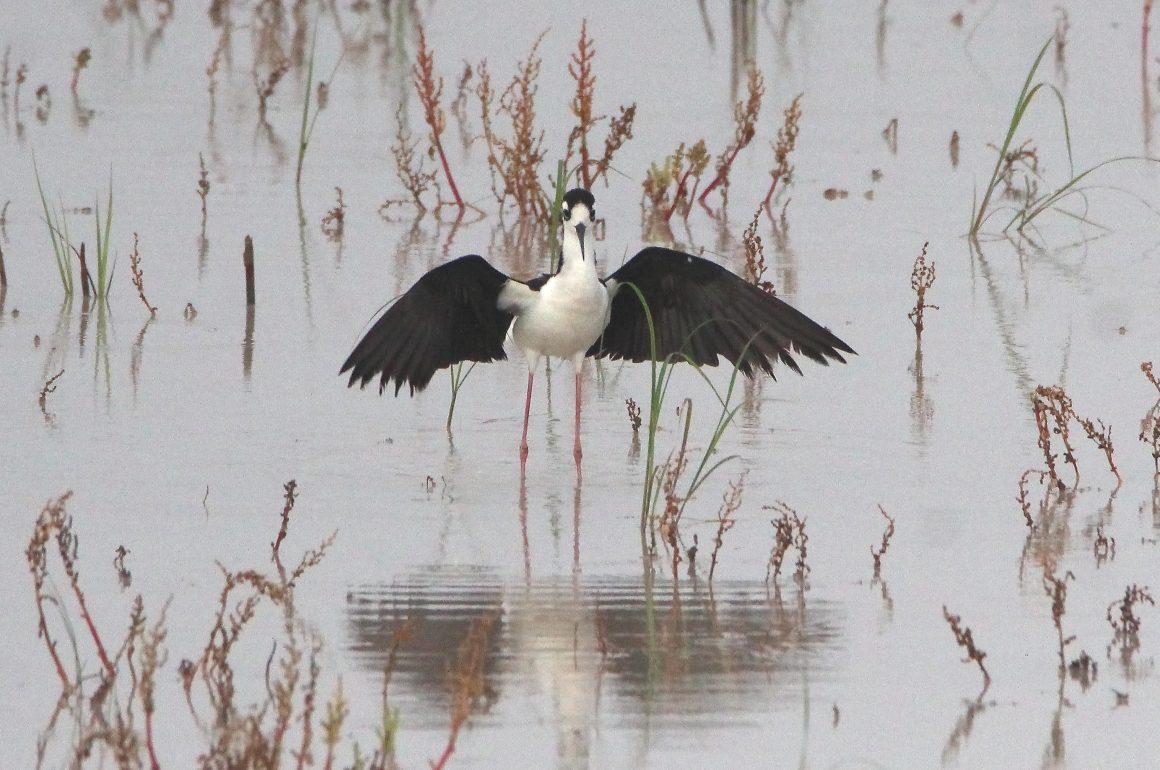 Only one week after the Atlantic hurricane Grace dropped a good amount of rainfall on Michoacán, the outer bands of the East Pacific Hurricane Nora did the same, this Saturday and Sunday. As a result, I suspected that many of the sites on my Monday birding rotation would be pretty muddy. So I headed to the one place where most of my walking/birding route is paved. This route is, ironically, along a lake.

I also wanted to see how these rains were impacting the abovementioned Lake Cuitzeo, which had been 99% dry before the start of this year’s summer monsoon season. Things looked reasonably encouraging on that front; more of the lakebed is now covered with water, although it is still only inches deep. In effect, Cuitzeo is currently a marsh doing a fairly good imitation of a lake:

My obsession with this lake’s recovery is because Lake Cuitzeo is a vital wintering grounds for many thousands, probably millions, of migratory wading birds, waterfowl, and shorebirds. My impression is that populations for these groups are still low there, even for these mostly-premigratory dates. But some of the first arrivers (Baird’s Sandpipers, Wilson’s Phalaropes, Northern Shovelers, some American White Pelicans flying overhead, and a pair of Greater Yellowlegs) do seem to be accepting the current water levels, so that is encouraging. There is, however, an almost total absence of Herons and Egrets, which is surpassingly strange for the site.

Two resident species did seem to be a bit more abundant than they were on my last visit: White-faced Ibises and Black-necked Stilts. The Stilts, in fact, were by far the most active species, often circling over my head while making loud cries. Black-necked Stilts are always amusing birds, with their improbably long bubblegum-pink legs, and bold black-and-white plumage. They are also very active birds, in constant motion. But this time, a few of them took that activity to new levels, fully deserving of the word “hyperactivity”.

Slacker photographer that I am, I typically use my camera in continuous-shoot mode, in the hope that a few of my many shots may turn out decently. So each photo in the following sequence of consecutive shots represents only a half-second of time. This was one hyperactive Stilt!

Is it just me, or is anyone else thinking of the album cover for the Beatles’ “Help” at this point?

And so it continued, until my little Stilt/dervish had turned himself completely around, after only about 3 additional seconds.

I wish I could give a reason for all this hyperactivity, but I really have no idea. This species is known for a brief synchronized dance after copulation, but no romance was occuring. It could have been a feeding behavior, but these Stilts were not feeding. And while its movements could have meant to threaten other birds, the Stilt did not direct them to any bird in particular, and the surrounding Stilts seemed decidedly unimpressed, even uninterested:

All I know for sure was that more than one Stilt behaved the same way that morning. The photo at the top of this post shows another one, and yet a third one can be seen following this paragraph. (But the vast majority of the Stilts did nothing of the sort.)

If any of you have insight into this behavior, feel free to make a comment below. I’d love to solve the mystery of my dancing Stilts. 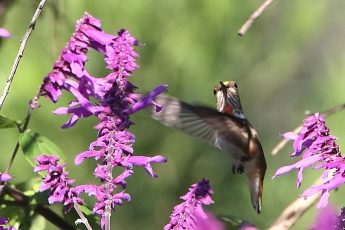