“I would certainly recommend Serbia to visiting birders. My own trip was not an intensive birding experience, and August is clearly not the most productive month. I chalked up 132 species in a pretty relaxed eight days, during which birds shared the agenda with culture. Nonetheless, I visited some excellent habitats, especially the flooded wetlands, and saw some good birds,” wrote the UK Birdwatch Magazine journalist Mike Unwin of his bird tour of northern Serbia 15 years ago.

What has changed in the meantime? Thanks mostly to David Lindo, The Urban Birder, there are a few British bird groups touring the country every year now, even the BBC came to film the world famous Long-eared Owl gathering in the town of Kikinda with more than 700 birds in some winters. Another more noticeable novelty in recent years has been the spread of eBird, the best idea in birding after Peterson developed a modern field guide eight and a half decades ago.

I often wrote of the best birding areas, usually recommending those that I particularly like, but last month, Serbia got its fifth eBird hotspot with more than 150 species (followed by 45 more 100+ hotspots), so, here is the choice of the top-5 hotspots – all of them wetlands – as chosen by local birders: 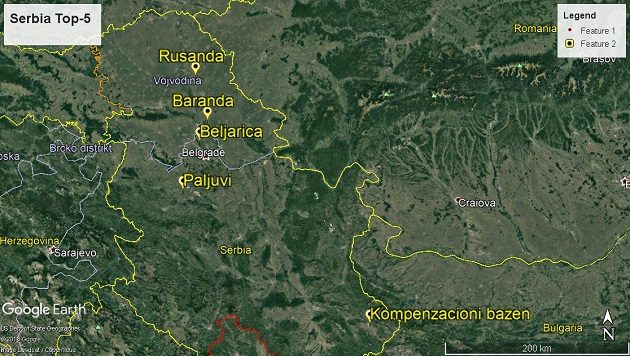 With 154 eBirded species almost single-handedly spotted by the UK expat Geoff Laight, the Paljuvi is the latest addition to the top-5 list. It is a shallow, 150 ha large reservoir made by damming the stream of Kladnica in 1970s and lies 55 km southwest of Belgrade, halfway between the towns of Lazarevac and Ub.

With 154 eBirded species, the Beljarica shares the 4th place on the list. It was created by levee construction in 1920s, cutting off most of the previously spacious floodplain between the Danube and the Tamis rivers, immediately north of Belgrade. With over 2 km in width, Beljarica has the biggest “belly” in the 90 km long system of Pancevacki rit embankments.

Black Stork and three pairs of White-tailed Eagles breed here. Ducks and herons include Garganey and Ferruginous Duck, Squacco and Purple Herons, as well as Eurasian Spoonbill. Waders appear in late summer, including Spotted Redshank and Common Greenshank, Dunlin, Little Stint, Common Snipe and, infrequently, Great Snipe as well. Common Kingfisher, Common Hoopoe and the European Bee-eater come from their nesting holes at the high loess-bluff of the opposite, right bank of the river. Finally, Common and Lesser Whitethroat and Blackcap should be mentioned, together with Wood and Willow Warblers and Common Chiffchaff (most obvious during the September-October migration).

Rusanda is a shallow natron lake by the village of Melenci, 80 km north of Belgrade. So far, 160 species were eBirded at the nearby Rusanda Spa park and the lake itself, a fossil bed of the Tisa River.

The fish farm complex that lies about 30 km north from Belgrade, stretching between the villages Baranda and Sakule, is known as the Baranda fish farm. The main lake, closer to the village of Baranda, attracted more attention from the local birders and its hotspot has so far reached 162 eBirded species, but it should be noted that there are three more 100+ hotspots in the vicinity.

Unlike the previous hotspots, which lie close to Belgrade, the Kompenzacioni bazen lake (literally “compensation pool”), is in the town of Pirot, close to the border with Bulgaria and about 300 km from Belgrade. With 222 species eBirded so far by a single observer, Ivan Medenica, it does not only occupy the first position among the top-5, but also is the only hotspot in Serbia with more than 200 eBirded species.

Mike Unwin further concludes: “The birds are there, the infrastructure is perfectly functional – if a little creaky – and the people are charming. Serbia is a cheap and accessible destination, with some real surprises in store for the visiting birder and some excellent guides to show you around. Ecotourism will no doubt arrive soon, and with luck its revenue will prove that there’s more to be gained from protecting wildlife than selling it to hunters.” Unfortunately, at the time of writing, wildlife is still more commonly sold to foreign hunters. It may be just the time to change that.

More:
The top-5 hotspots of Belgrade
A birding year in Serbia 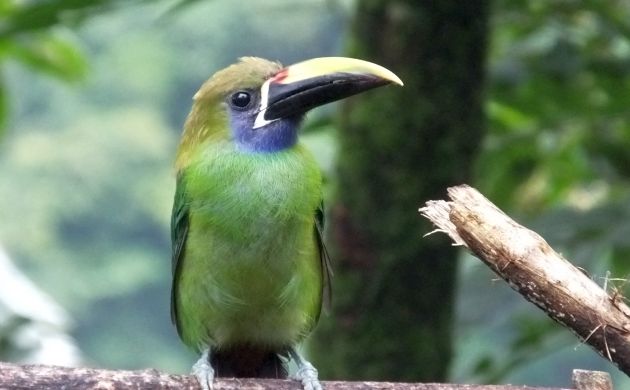 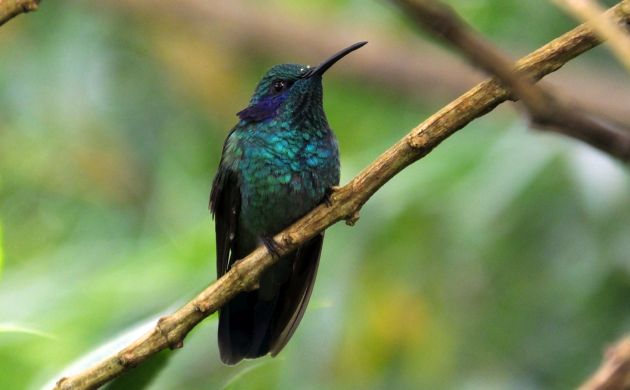 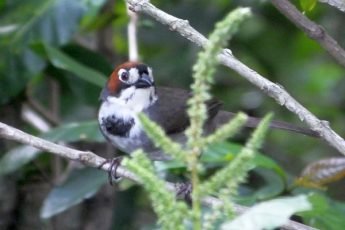 « Previous post
Where Are You Birding This Second Weekend of October 2018?
Next post »
Little Big Year – Week 34: We visit Colorado and Texas