The Wet Season continues in Broome 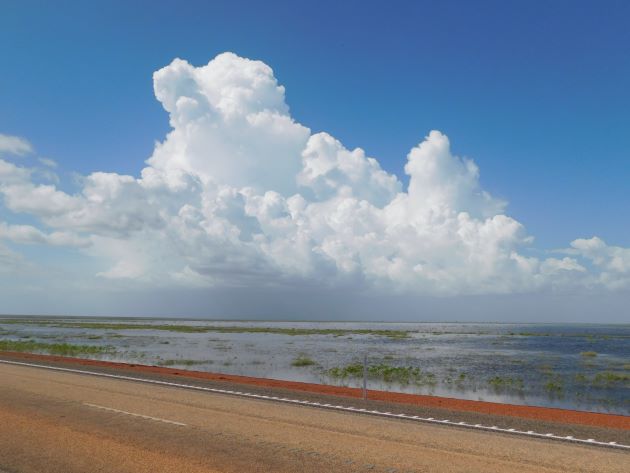 We are currently in the Wet Season in Broome and we have had plenty of rain already this year and there is more to come. I can’t emphasise enough how important it is to check the Main Roads Travel Map before you consider travelling around Western Australia at the moment. Many roads are closed and many won’t be reopened in the foreseeable future. Freight is having to take a detour of over 4,500kms to get to the Northern Kimberley from Perth via South Australia and the Northern Territory. There is also a risk that the highways in the Northern Territory will be closed at short notice due to their Wet Season, so there is a lot of uncertainty when travelling at this time of year, but even more so this year.

As a result of this we are not venturing far by road to go bird-watching! We have been out on the Great Northern Highway, which is open with caution, and the bird-life that we only encounter in very wet years is here already. This clearly means we have a lot more rain to come over the coming weeks and months. The sky can go from blue to black in no time and there are often billowing clouds (see above!) that appear out of nowhere at short notice and then dump no end of torrential rain.

Driving in between the white posts!

Black-winged Stilt between the white posts!

Whiskered Terns loafing on the highway in between the white posts!

The Great Northern Highway runs through Roebuck Plains station and even the bulls are resting on the highway. Many of our native animals are looking for a place that is higher than the water level. Sand Goannas can swim and move around the flooded landscape and now is a good time to spot Frill-necked lizards either on the highway or up trees. There are also tadpoles everywhere that there is water-soon to become noisy frogs!

The White-bellied Sea-Eagles have bred nearby and can be observed soaring across the sky and the Australian White Ibis do like to look down on all of us on the wet ground from the streetlights. They clearly have been on the ground, because they are not exactly white at this time of year!

It is always interesting to go out just after a storm and see how the local birdlife is fairing. The Mistletoebirds are still around and the tree that they nested in is now covered in leaves after all of the rain.

The two families of Tawny Frogmouths are still around and one adult from the pair at Cygnet Park have realised the tree in the middle of the roundabout offers the best protection in wet weather.

The family of Tawny Frogmouths closest to home are always good to observe after a rain event! One of the younger birds just doesn’t appear able to keep a tree-like pose for long and has to turn and look as you go by!

So, for now we are not going far from home, but there are worse places to be stuck, so never mind! 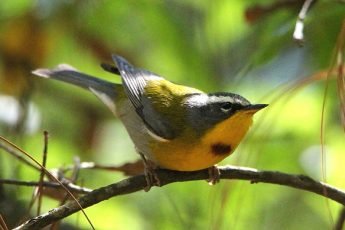