In our times, it seems foolish to be fearful of birds. It’s an hopeful point of view, perhaps, but I like to think that these days, most people are enlightened enough to consider even the most foreboding flock of vultures circling overhead, or an owl giving a momentarily unnerving call in the dark woods at night, as nothing more than the wonderful living creatures they are, simply going about their natural lives in the wild.* 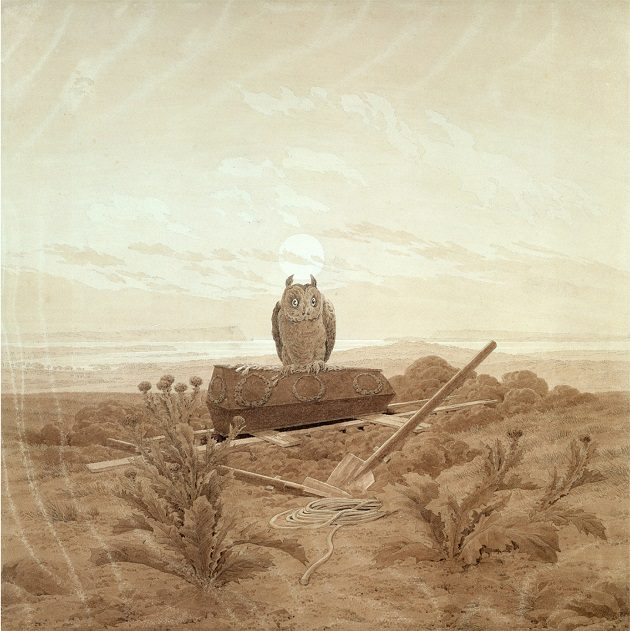 There’s nothing to be afraid of: Landscape with Grave, Coffin, and Owl by Caspar David Friedrich.

But our ancestors weren’t always so lucky to appreciate birds the way we do. With enough imagination and superstition, some birds can be absolutely frightening – as the multitude of spooky fowl haunting the darkest corners of human culture throughout history will attest. With Halloween just around the corner, there’s some harmless fun to be had in in indulging in a bit of playful superstition about some of our feathered friends, who – it bears repeating – are generally benign and not the least bit menacing.

The raven plays many parts in folklore from all over the world, and for the most part, we’ve reserved many of the most unpleasant roles in these stories for this bird. With its shadowy, sable plumage, disquietingly human-like voice, cunning mind, and taste for carrion, the world’s largest songbird invariably makes its appearance in our collective consciousness in an array of disagreeable guises: a crafty trickster, an ill omen, a sinister emissary from beyond the grave, an unasked for presence at the gallows and in cemeteries, and a devourer of the dead. In short, an unwelcome memento mori dressed in black feathers. 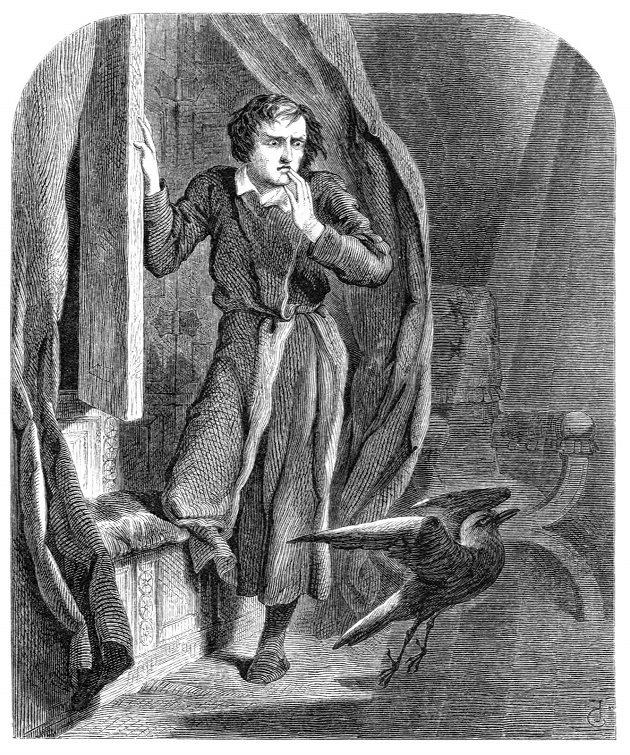 The stately raven gets a bad rap in our poems and stories – forever more.

A 19th-century illustration by John Tenniel from an edition of “The Raven” by Edgar Allan Poe.

In keeping with this unpleasant precedent, a supernatural creature is found in the folklore of Denmark called the valravn, an unearthly, macabre being that traditionally takes the form of a raven. The name means “raven of the slain” in Danish, and according to the traditional stories and songs of that country, valravne gather on battlefields to feast upon the dead. The name “valravn” also resembles – as you may have already guessed – “valkyrie”, the maidens of Norse mythology charged with choosing who lives and who dies in war (the Old Norse valkyrja literally means “chooser of the slain”). 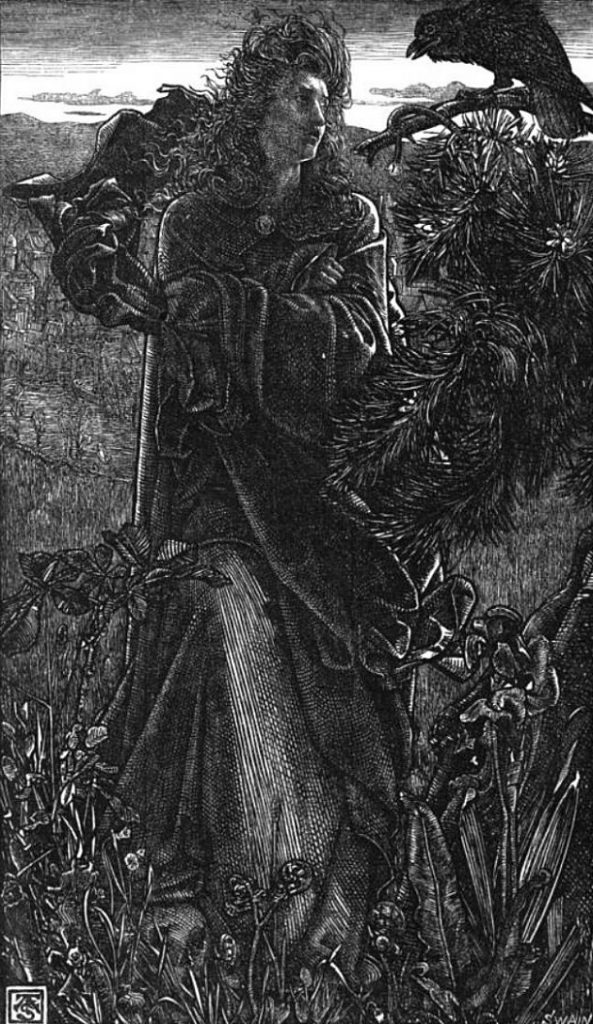 “Something’s rotten in the state of Denmark” – and this raven looks hungry: a raven – possibly looking to become a valravn – consorts with a Valkyrie in this 19th-century image by Frederick Sandys illustrating the 9th-century Old Norse poem Hrafnsmál(“Raven song”). (Wood engraving by Joseph Swain after the Sandys original.)

Valravne are said to gain their malevolent supernatural powers from this cadaverous repast, including acquiring the human knowledge that once belonged to the bodies they consume. Some valravne even become shapeshifters, and they’re generally counted as wicked creatures, fond of all manner of mischief, from waylaying travelers to terrorizing children – or worse.

The name of this supernatural raven from Denmark makes an unlikely name for a California vintner, but Valravn Wines has been making wines in the heart of the Sonoma County wine country since 2014. The project is a small production venture from the people behind Banshee Wines, another supernaturally inspired label. California is a long way from Denmark, but the cosmopolitan Common Raven (Corvus corax) finds a home in both places, as it does throughout most of the northern part of the world. And – if one believes in such things – it stands to reason that were there are ravens, there are valravne. 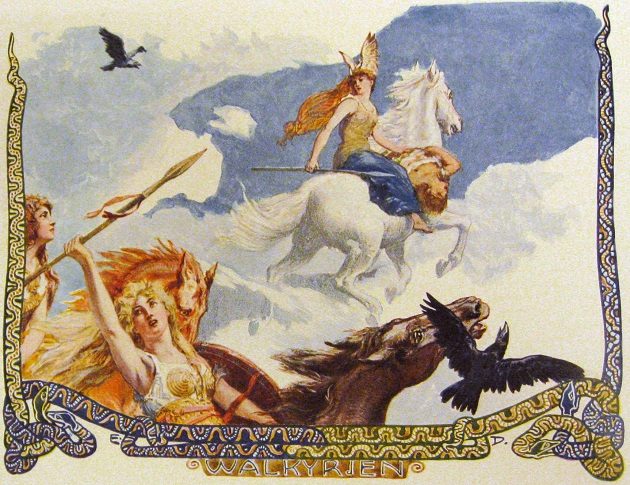 An unlikely scene in California. Though on second thought, perhaps not.

The vineyards of Valravn are certainly home to another old legend – old vine Zinfandel grapes. Though it boasts a long, pre-Prohibition history in California winemaking, the standing of the Zinfandel grape has fallen on hard times of late because of “white Zin”, the popular but much-maligned, saccharine blush wine. Valravn Wines seeks to repair that reputation with robust red wines like this old vine Zinfandel, made from hand-harvested grapes grown on bush-pruned vines up to 120 years old.

The 2015 Valravn Old Vine Zinfandel is a dark, blood-red wine showing incarnadine flashes in the glass. There’s a slight citrus touch to the nose, with a dose of cedar, pepper, and anise, all underpinned by the strong aroma of stewed berries. Blackcurrant and pomegranate flavors are standouts among a blend of fruits that comprise its fresh and zesty palate. Sweetish hints of licorice and cocoa enliven the long and dry finish, which makes this 14.7% alcohol by volume Valravn Zinfandel dangerously drinkable. 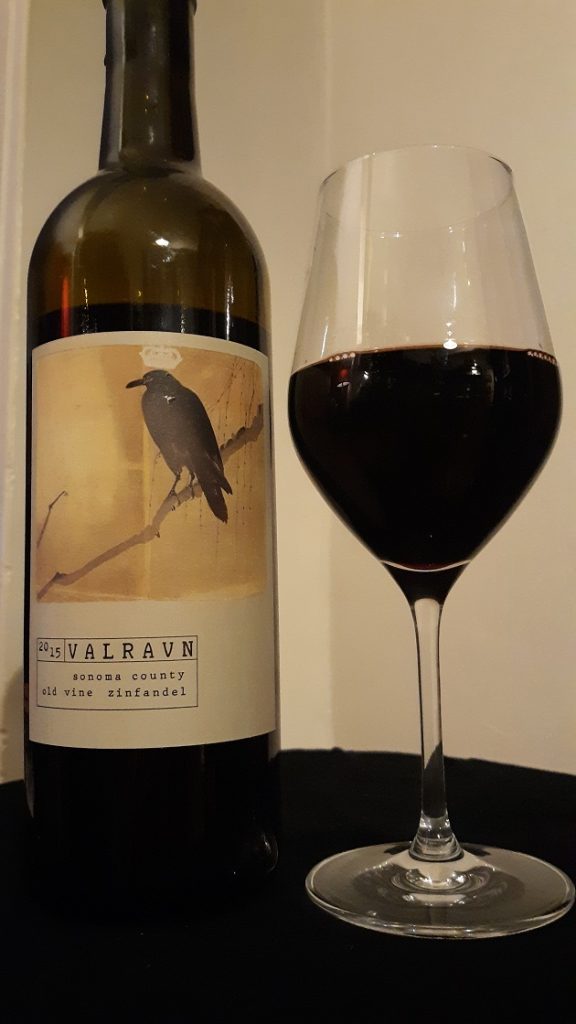 If all that’s not enough to recommend a bottle of Valravn wine as a perfect grown-up treat for Halloween, remember that Zinfandel is commonly cited as one of the few wines that goes well with chocolate.

*Of course, when I write about frightening birds, I mean spooky birds at night in cemeteries – I’m not referring to genuine ornithophobia. If you suffer from this condition, 10,000 Birds is probably the last place on the Internet you should be visiting. 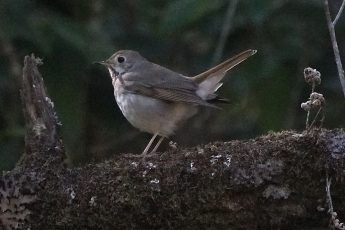 « Previous post
Where Are You Birding This Final Weekend of October 2019?
Next post »
Birds of Cambodia Review