Birders are familiar with the National Wildlife Refuge System, which consists of more than 550 units distributed through all fifty states. National Wildlife Refuges (NWRs), which are managed by the U.S. Fish and Wildlife Service (FWS), contain many of the nation’s most renowned birding locations, including Bosque del Apache NWR in New Mexico, Laguna Atascosa NWR in Texas, and J.N. “Ding” Darling NWR in Florida.

But within the National Wildlife Refuge System is a frequently overlooked collection of properties burdened by a perplexing name: Waterfowl Production Areas (WPAs).

What are WPAs and why should birders care about them? 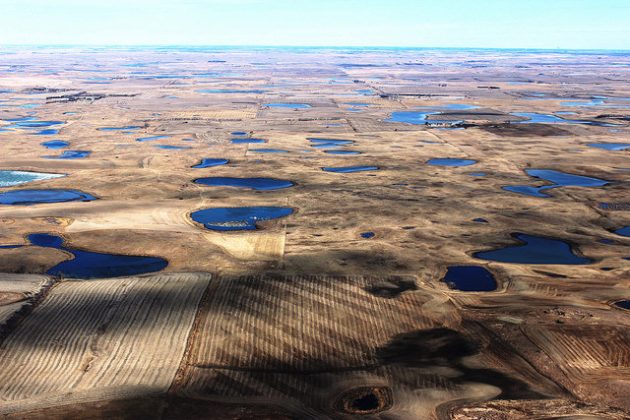 The Prairie Pothole Region of the United States—about 100,000 square miles of the northern Great Plains—is characterized by depressions or basins created retreating glaciers. Often called “potholes,” these fill seasonally with water from melting snow and rainfall, forming shallow ponds and wetlands. The region has justifiably been referred to as the “Duck Factory of North America.”

These potholes and associated grasslands were historically North America’s most productive habitat for breeding waterfowl, making it an area of global significance for Mallards, Northern Pintails, Blue-winged Teals, Gadwalls, Northern Shovelers, and others. However, over time many of these ponds and wetlands have been drained, filled, and converted to agriculture.

In 1958, to address the increasing loss of this valuable habitat, FWS began to acquire land in the region. The resulting properties—WPAs—are small ponds, wetlands, and associated grasslands, primarily in North Dakota, South Dakota, Minnesota, and Montana, but also in Michigan, Nebraska, Wisconsin and Iowa. Most WPAs are small: they range from less than an acre to nearly 7,500 acres, but average just 90 acres. Yet taken as a whole, WPAs total almost 3.8 million acres.

Although many WPAs are owned by FWS, some are private property subject to a conservation easement, a voluntary agreement between a willing landowner and FWS where the owner agrees preserve certain aspects of the property (e.g., maintaining a seasonal wetland and/or grasslands). Most of the FWS-owned WPAs are open to the public, but WPAs created by easement are generally closed to visitors. Some WPAs have trails, observation blinds, interpretive signs, and other facilities for visitors such as birders. Individual WPAs are grouped into Wetland Management Districts (WMDs) for administration by FWS.

WPAs provide critical breeding, resting, and nesting habitat for millions of ducks, geese, and swans, as well as shorebirds and grassland birds. However, because of the agricultural value of land in the region, many WPAs are small islands of wetland habitat surrounded by oceans of cropland. For this reason, waterfowl are concentrated on the remaining patches of habitat, with remarkable results: although just 2% of the prairie pothole region, WPAs and NWRs produce almost one-quarter of the region’s waterfowl. FWS calls WPAs the “Prairie Jewels of the National Wildlife Refuge System.”

Thus, for birders, WPAs are vitally important for populations of many waterfowl as well as shorebirds, grassland species, and other migratory birds. They provide key habitat in areas where habitat is rare, making them disproportionately significant. Without WPAs, many common waterfowl (and other birds) would be much less common.

Although a birder may never visit a WPA, he or she will almost surely see birds that have utilized a WPA. As examples, Mallards banded in the prairie pothole region have been observed in 45 states and it is likely that virtually all Whooping Cranes have stopped at a WPA during migration.

A pair of examples helps illustrate the significance of WPAs, though the scale of their overall contribution to waterfowl and other bird populations is largely a result of their total numbers and combined size. 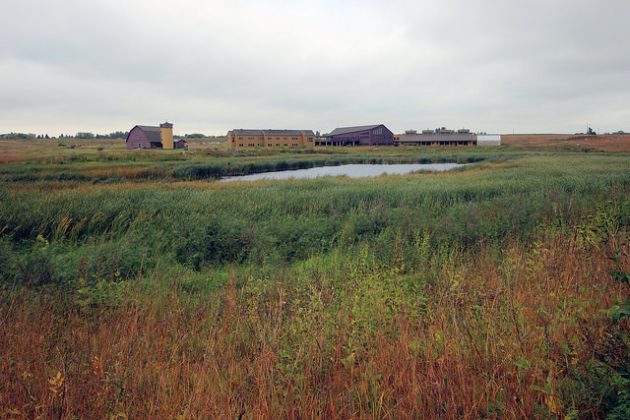 Established in 1962, Fergus Falls WMD is located in western central Minnesota. Key waterfowl species include Redhead, Northern Shoveler, Blue-winged Teal, Mallard, Gadwall, Wood Duck, Canvasback, and Canada Goose. It contains approximately 220 WPAs totaling more than 44,000 acres. Additionally, Fergus Falls WMD manages about 23,000 acres of wetland easements and more than 1,000 acres of grassland easements. It is also home to the Prairie Wetlands Learning Center, which has exhibits, more than 200 acres of prairie, 28 wetlands, and several miles of trails. It is also a site on the Minnesota Pine-to-Prairie Birding Trail.

The Rainwater Basin is located south of the Platte River in south-central Nebraska, at the narrowest point of the Central Flyway, making it one of the most significant waterfowl stopover areas in North America. FWS estimates that 2-3 million geese and 7-9 million ducks use use the basin between February and April, as they fly north to their breeding grounds. Rainwater also provides critical habitat for migrating endangered Whooping Cranes as well as numerous shorebird and grassland species. The Rainwater Basin WMD consists of 61 individual WPAs that total about 24,000 acres.  There are numerous productive birding locations for birders. (For a bird’s eye view of the Rainwater Basin, see this post.)

Notwithstanding the success of WPAs, the Prairie Pothole Region region remains a conservation priority and FWS continues to acquire land, in significant part with funds from sales of Duck Stamps. For birders, the easiest and most direct way to support WPAs (and NWRs) is to buy a Duck Stamp. 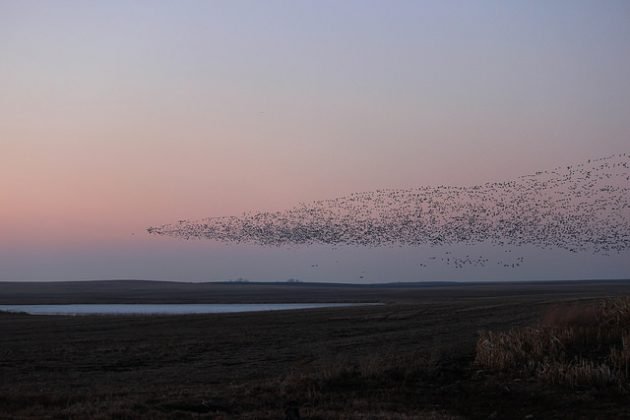 There have been and will continue to be ongoing debates about the appropriates uses of our federal public lands. Birders are familiar with National Parks and National Wildlife Refuges, and their importance to birds and birding. But there are other federal public lands that are critical to maintaining healthy bird populations, including the largely unheralded system of Waterfowl Production Areas.

This post was originally published on March 8, 2017, and has been updated.