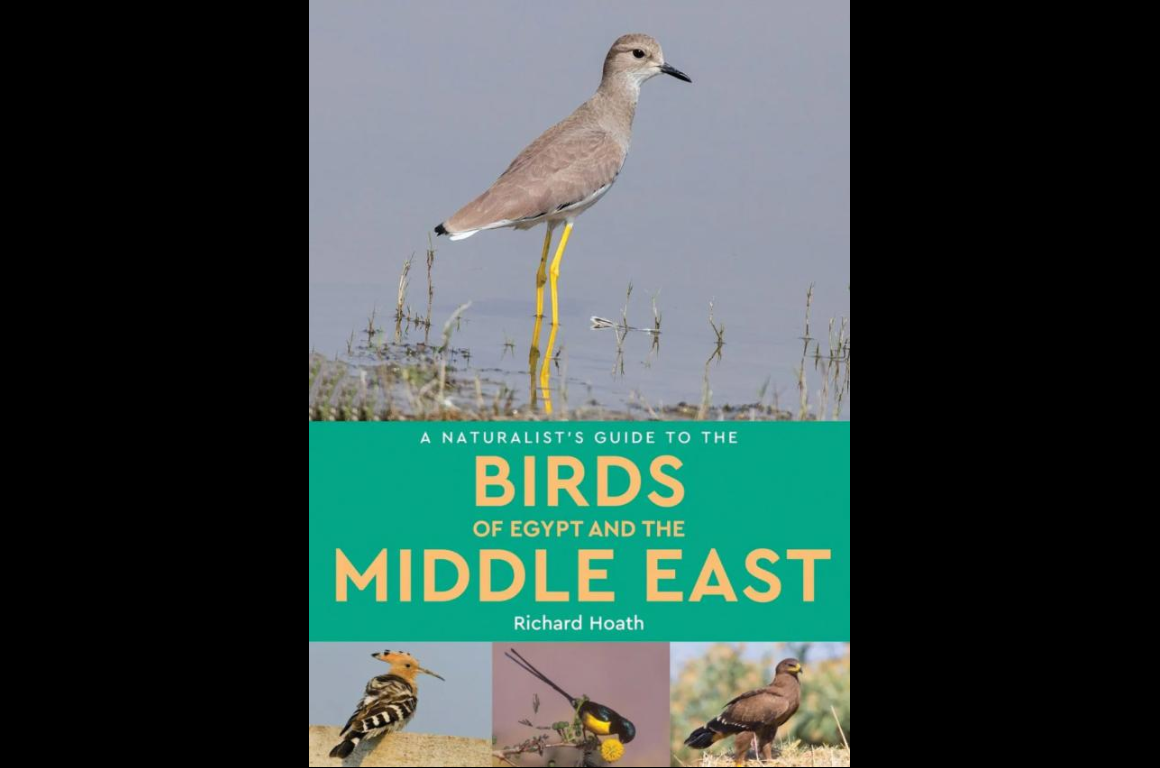 Birds of Egypt and the Middle East by Richard Hoath does a good job at giving you an idea of which birds to expect and how common they may be. For example, if you are using Collins Bird Guide by Svensson and Grant (covering the whole Western Palearctic) or, perhaps the best regional field guide, Birds of the Middle East by Aspinall and Porter, you will end up swamped by many species that can be spotted on migration only and do not spend much time in the region. That is where A Naturalist’s Guide to the Birds of Egypt and the Middle East steps in, helping you to get more realistic expectations.

It is portable and manageable, easy to carry and it fits your vest pockets. It covers the majority of species that are most commonly seen in Egypt and the countries of the Levant and the Arabian Peninsula, 280 in total. Not surprisingly, waterbirds are shown in the very best photos, but, as a rule of a thumb, the majority of photos of non-passerines are very good documentary shots. Species descriptions include nomenclature, size, distribution, habits and habitat. I find the distribution to be the most interesting part of the text, telling us not only where the bird can be seen, but also its regional abundance status (especially focused on Egypt, where the author is based). The book ends with a checklist of birds of Egypt (and not the whole region).

At the same time, it does not cover all the regional species and you cannot be certain of your ID, not knowing whether there are other similar but not depicted species. Photos of passerines are mostly of decent quality, but in some cases I would wish for less shadows and more clarity, and in many cases, I would wish for a second photo from a different angle. While birds of prey are mostly shown in very good photos, there’s usually only one photo of a standing bird, and in many cases what you need is a second photo of a bird in flight. There are no range maps.

Richard Hoath is a naturalist based in Egypt. He is the author and illustrator of many other books and articles on the wildlife of the region, a founder member of the Egyptian Ornithological Rarities Committee, a long-time member of the Ornithological Society of the Middle East (OSME) and is currently a member of the faculty of The American University in Cairo.

While you can ID the easier species from the photos illustrating this book, when it comes to harder ID cases, you will need one of the field guides mentioned earlier. If you see yourself as a hard core birder, this may not be a book for you, but if birds are just one aspect of your Egypt vacation (and not the main part), this book would be a good choice. It is mostly aimed at a general nature lover and a beginning birder. If birds are the primary reason for your trip, look at this book more like an illustrated checklist to check the abundance status of your target species prior to the trip itself.

The Pleasures of Collective Nouns and Murder -- a Review