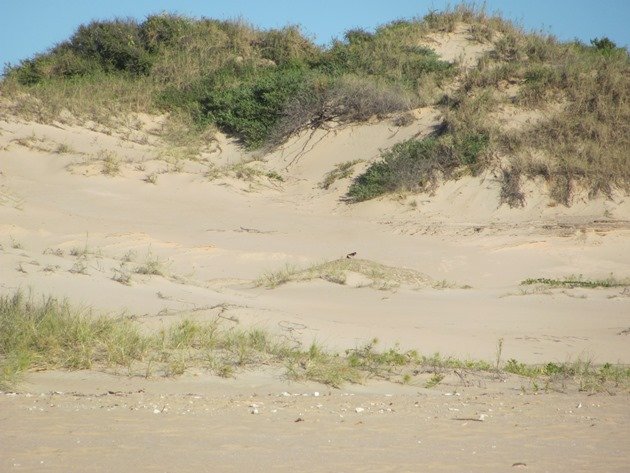 The past few weeks have seen increased activity on Broome’s beaches and this is not just the human activity, but also our resident shorebirds that are breeding at this time of year. The resident Pied Oystercatchers along the length of Cable Beach from Gantheaume Point to Willie Creek usually start to nest during the first week of July, but after a cold spell in June they actually started to lay a couple of weeks early this year. Each pair of Pied Oystercatchers has a territory and they lay their eggs on a variety of substrate depending on the location. Some pairs of Pied Oystercatchers choose to lay eggs in soft sand, but others use the rocky outcrops and generally the male bird appears to be responsible for the nest site construction and only if the female believes it to be suitable will the eggs be laid in it. It is not uncommon to see several nest scrapes around a territory until a final scrape is chosen and the eggs are laid in it. Over the years we have observed the same nesting locations used year after year, but the pairs have not remained the same over this time. Since I found the first nest on Cable Beach in 2000 we have observed the pairs not only show infidelity to each other, but also give up their territory in pursuit of another partner. Once we locate a Pied Oystercatcher nest site is being used we go and make a brief visit to confirm the number of eggs in the nest. Around the Broome coastline it is unusual to observe more than two eggs in a Pied Oystercatcher nest, but there have been a few occasions when three eggs have been laid and one occasion over all of the years where the three eggs became fully fledged young birds. When a pair of Pied Oystercatchers lays more than one clutch of eggs during the season due to predation it is not uncommon for the second clutch to have some abnormality such as a white egg or a smaller than normal egg. Pied Oystercatchers much prefer to walk than fly and as such it is quite easy to find a nest from the footprints present in the soft sand. 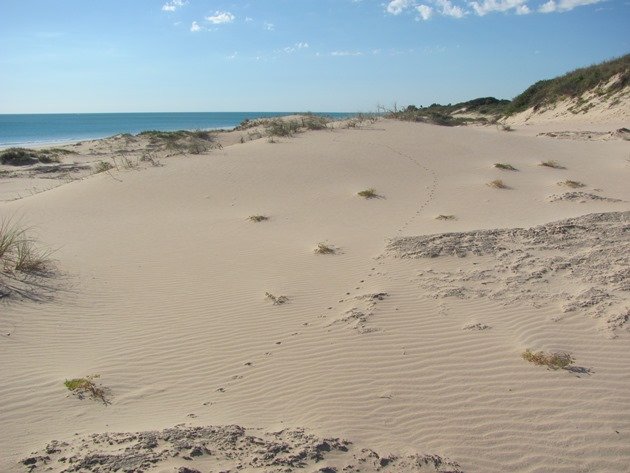 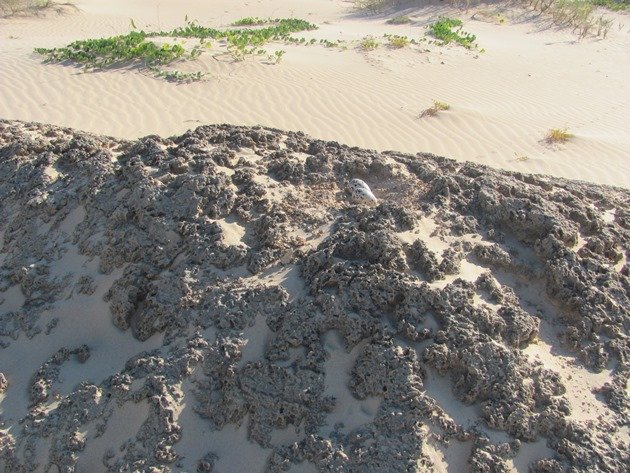 Two eggs in the nest 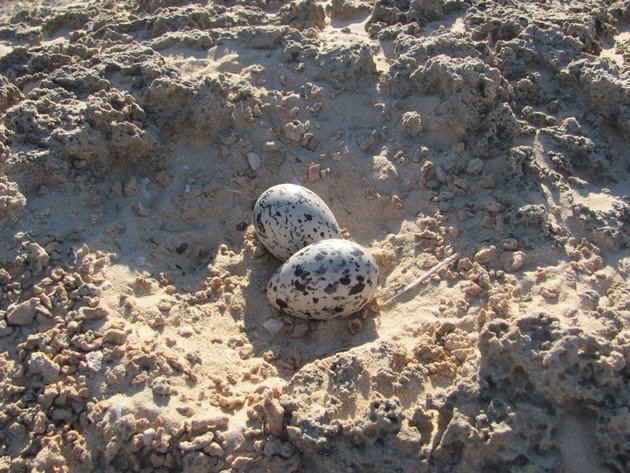 Egg pattern varies with each egg

Pied Oystercatchers walk in and out of the nest area leaving conspicuous tracks and if it has not been windy you can almost estimate how long the nest has been there. There is no “broken wing display” until the eggs have hatched and there are young birds to protect. They do still prefer to lead away from the area rather than attract attention. We have on several occasions see an adult Pied Oystercatcher fly towards an approaching dog and then walk in front of it to lure it away. 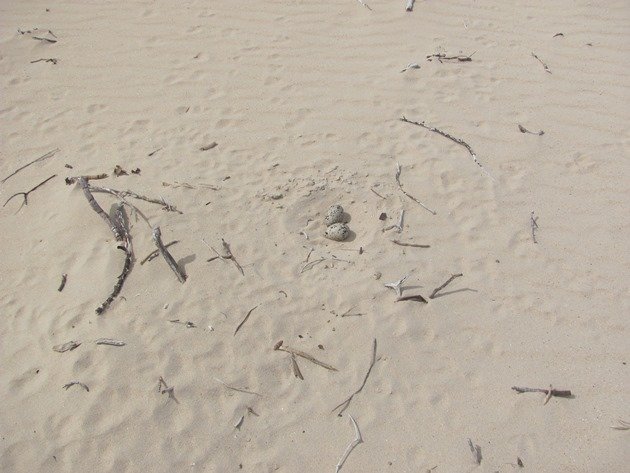 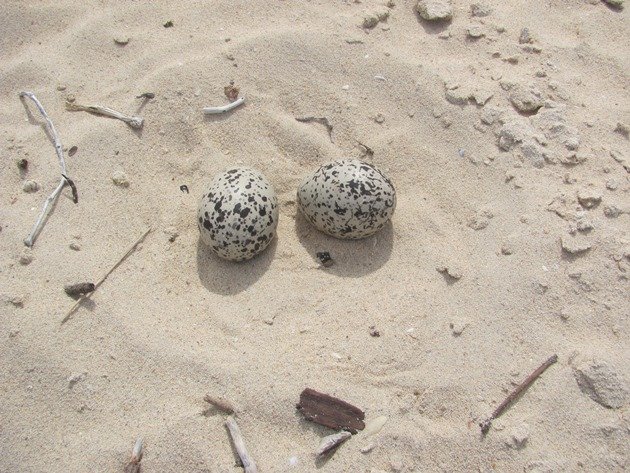 Eggs in a sand nest

Red-capped Plovers also nest along the beaches around Broome, but they are a lot more opportunistic and we have observed them nesting throughout the year. During the day time you are more likely to encounter the female Red-capped Plover sitting over the eggs, but the male bird will not be far away. Recently while walking along the northern end of Cable Beach we encountered some excellent “broken wing display” from a pair of Red-capped Plovers and realised there was a young bird around the area. With so much open sand there was only one place that it could be and that was in a dry sponge that had washed up! 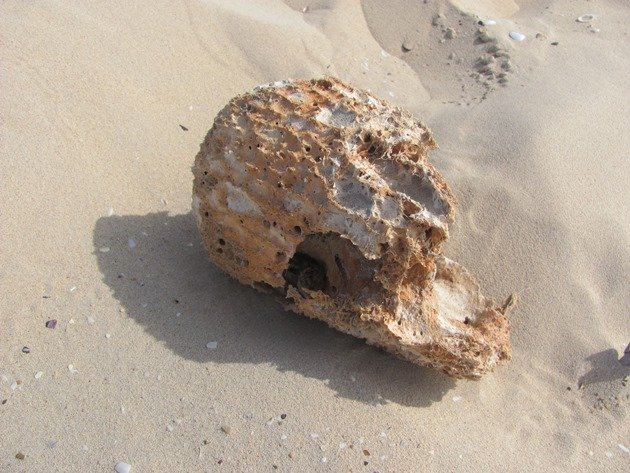 Grant picked up the sponge to see where it was and if you look at the photo above and below you can see the tiny Red-capped Plover chick hiding in the sponge! 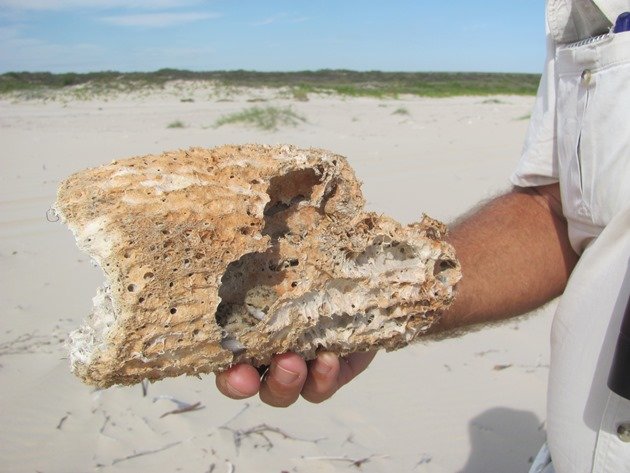 Red-capped Plover chick in a sponge

If you have not been able to see the Red-capped Plover chick in the two photos above then I will help out with one more very cute photo! 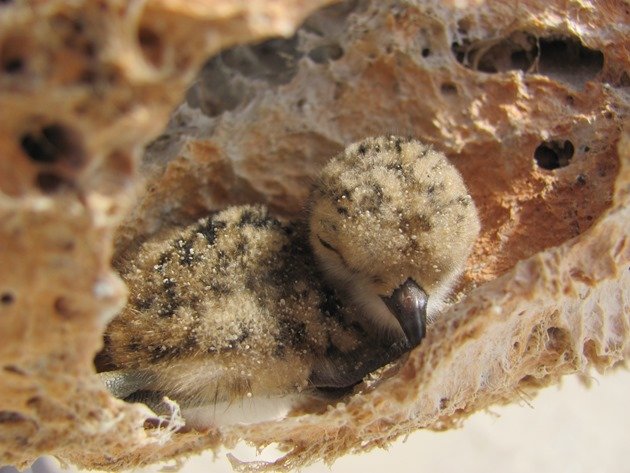 There’s a lot of activity on our beaches now and our resident shorebirds have a lot of challenges to deal with including birds of prey, reptiles, four-wheel drives on the beach, dogs and feral cats. Not only do the Red-capped Plovers find good hiding places, but so do the young Pied Oystercatchers. If you are on a beach in Australia please be considerate of our resident shorebirds that are trying to maintain their population. 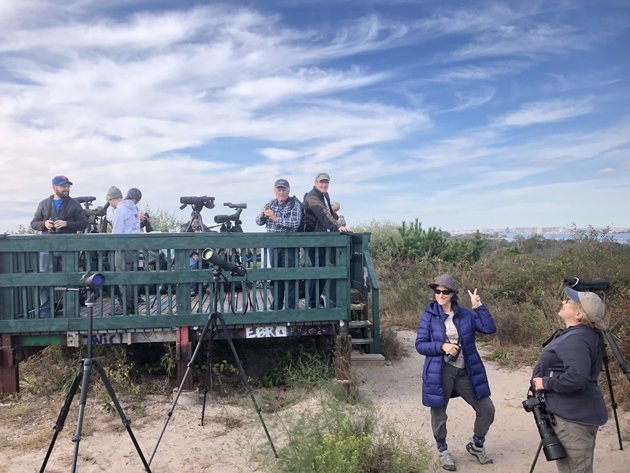 Where Are You Birding This Third Weekend of October 2019?