A Black-tailed Deer!  How excited we were to see what was for us a new species as we drove up into Olympic National Park on the road to Hurricane Ridge.  The deer walked down the road, seemingly unconcerned with being so close to an open car window that revealed an excitedly babbling family and a clicking camera.  Little did we know how representative of the park’s deer this one would be.  And even less did we know about the taxonomy of the Black-tailed Deer, which turned out to be not a new species of deer for us at all.

Let’s deal with the second issue first.  The Black-tailed Deer, or, in this case, the Columbian Black-tailed Deer, is not a full species, but one of two black-tailed subspecies of Mule Deer.*  It is found from northern California to British Columbia though it formerly ranged must further east before it was hunted out of its eastern haunts.  Though morphologically distinguishable from other subspecies of Mule Deer it is not a species in and of itself.  Because Daisy and I had seen Mule Deer in southern California before our sighting was therefore not of a new species for us. Rather than hand-feed a deer it is much more advisable to simply watch them when at Olympic National Park.  There are plenty around and in the course of a day at the park you should have no problem seeing at least one up close and personal without any need to provide it with an unauthorized snack. Or, if you can’t get to the park you could just enjoy these pictures, all taken in August of 2011. But the best part of seeing Black-tailed Deer up close was being able to share them with Desi, who, at less than two years, is fascinated by everything, but especially by big hoofed animals.

If you liked this post and want to see more great images of mammals and other creatures make sure to check out 10,000 Clicks, our big (and growing) page of galleries here at 10,000 Birds.

*The other black-tailed subspecies is the Sitka Black-tailed Deer O. h. sitkensis, which ranges from British Columbia up through south central Alaska. 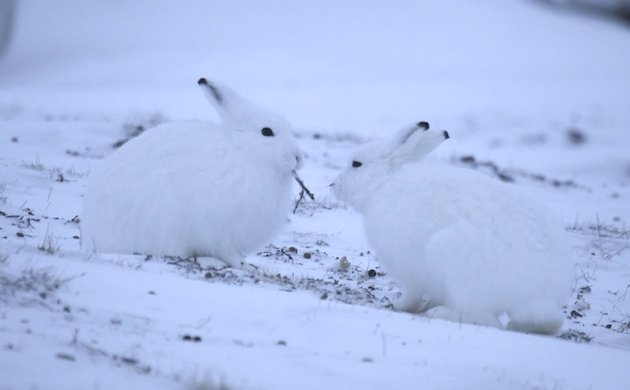