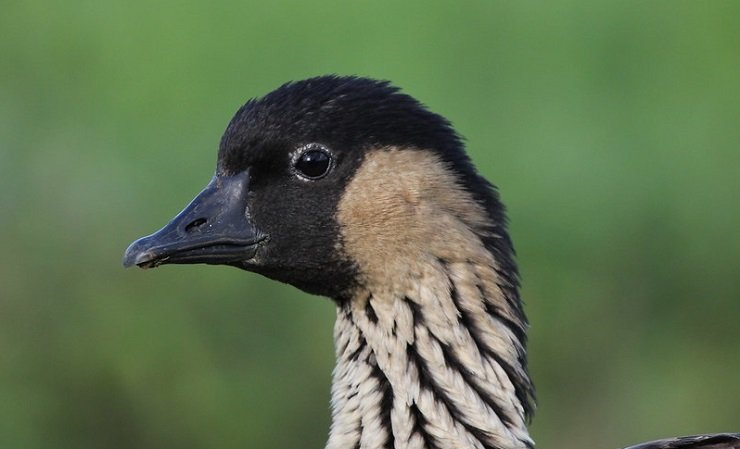 More than 50 years ago, the Hawaiian Goose (Nene) was one of the first birds listed under the Endangered Species Act, part of the inaugural “Class of 1967.” But now, due to substantial improvements in its population and its prospects, the U.S. Fish and Wildlife Service has proposed downlisting it from “endangered” to “threatened.”

Under the Endangered Species Act, any listing, uplisting, downlisting, or removal from a list requires a formal “rulemaking” process. That involves, among other things, public notice of the proposed rule and an opportunity for the public to comment. Because these decisions can be significant, taking the occasional look at the process can be illuminating.

In the case of the Hawaiian Goose (Branta sandvicensis), the public notice was published in the Federal Register on April 2, 2018. It provided a summary of the basis for downlisting and analyzed the criteria used to determine whether a species ought to be downlisted. It contains numerous citations to the literature, as the process must be based on the best available science. The notice also states that FWS will “seek the expert opinion of at least three appropriate independent specialists regarding scientific data.”

Specifically, the notice summarizes the long history of Hawaiian Goose conservation, including written recovery plans in 1983 and 2004, implementation of those plans, and research, including a population viability analysis. In particular, a captive-breeding program (1960-2011) likely saved the species from imminent extinction (2,800 were released) and expanded the range of the species to islands where they had been extirpated. The program became more effective as managers learned the best ways to release the birds.

Also, research filled in many knowledge gaps and informed conservation efforts. Habitat has been improved and conserved in some areas, though Hawaii’s increasing human population has made that a challenge.  Several national parks, national wildlife refuges, and state lands host significant populations. The goose has also proven highly adaptable: it is at home in many human-altered environments (e.g., golf courses and parks) and is an opportunistic feeder, consuming a variety of native and non-native vegetation. It can be found in a variety of habitats at a range of elevations.

The number of wild geese has increased dramatically: in 1960, there were an estimated 30 birds on a single island, Hawaii, but the current estimate is 2,855 on Kauai, Molokai, Maui, and Hawaii.  According to FWS (lightly edited):

The implementation of recovery actions for nene has significantly reduced the risk of extinction for the species. On the brink of extinction, the captive propagation and release program successfully increased the number of individuals and re-established populations throughout the species’ range on Kauai, Molokai, Maui, and Hawaii Island. Studies of foraging behavior identified food preferences and nutritional values, contributing to a greater understanding of habitat requirements. Current populations are sustained by ongoing management (e.g., predator control, habitat management for feral ungulates and nonnative plants). Recent population modeling suggest that certain key populations are expected to maintain current levels or increase into the future if current management is continued.

Although there are still risks regarding habitat, predators, and disease, among others, FWS determined that the goose does not not meet the standard for “endangered” in that it is not threatened with extinction.  But it might be in the future, so FWS determined that a “threatened” listing was appropriate. The notice provides more than 20 pages of analysis in defending this conclusion.

This is the summary conclusion (lightly edited):

As required by the Act, we considered the five factors in assessing whether nene is endangered or threatened. We carefully examined the best scientific and commercial information regarding the past, present, and future threats faced by nene. We reviewed the available information available and we consulted with recognized experts and State agencies. The current statewide nene population estimate is 2,855 individuals, with the wild populations on the islands of Hawaii, Maui, Molokai, Kauai, and Oahu. Populations on Kauai, Maui, and Hawaii are stable or increasing, while the population on Molokai is fluctuating.

Continuation of current population trends is dependent on, at a minimum, maintaining current levels of management (e.g., predator control and habitat enhancement). Nene are still affected by predation, loss and degradation of habitat, and effects of human activities; and some subpopulations may potentially be affected in the future by habitat changes resulting from the effects of climate change such as increases in drought, hurricanes, or sea level rise.

Regulatory mechanisms do not adequately address these threats. While threat intensity and management needs vary somewhat across the range of the species, nene populations continue to be reliant on active conservation management and require implementation of regulatory mechanisms, and all remain vulnerable to threats that could cause substantial population declines in the foreseeable future. Despite existing regulatory mechanisms and conservation efforts, the factors identified above continue to affect the nene such that it is likely to become in danger of extinction within the foreseeable future.

Note that FWS specifically includes climate change as a threat and the notice contains a detailed discussion of the likely impact of climate change in Hawaii. 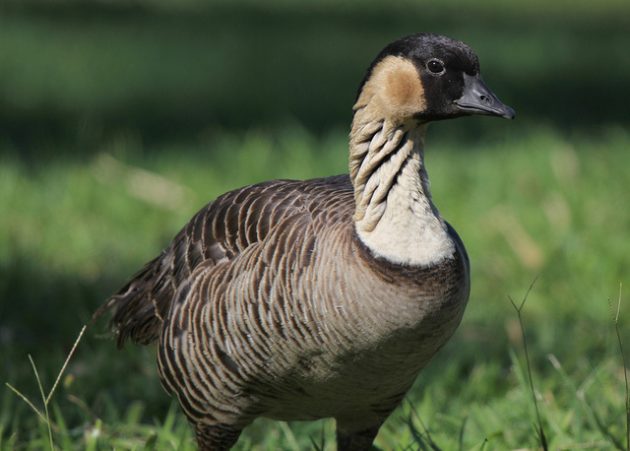 The period for public comments closed on June 1, 2018, and FWS will likely address those comments and issue a final rule in the coming months. It appears that conservation organizations are not opposed to the downlisting. At least one group characterized the potential downlisting as a conservation success and a testament to the effectiveness of the Endangered Species Act. As a result, it appears likely that the Hawaiian Goose will be officially downlisted as a result of this rulemaking.

The Hawaiian islands are the epicenter of avian extinction in the United States, but even in Hawaii there are a few conservation successes.

UPDATE:  The Hawaiian Goose was downlisted to “threatened” in a Final Rule announced on December 18, 2019. 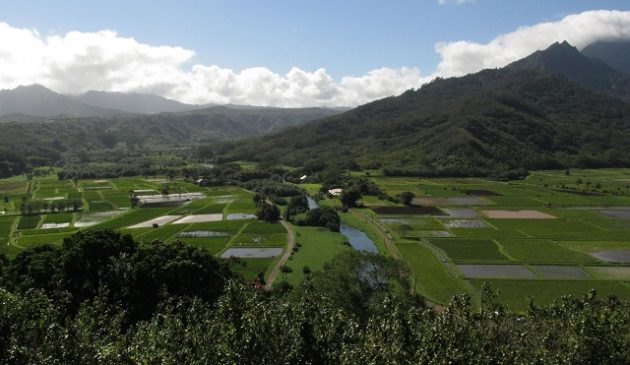 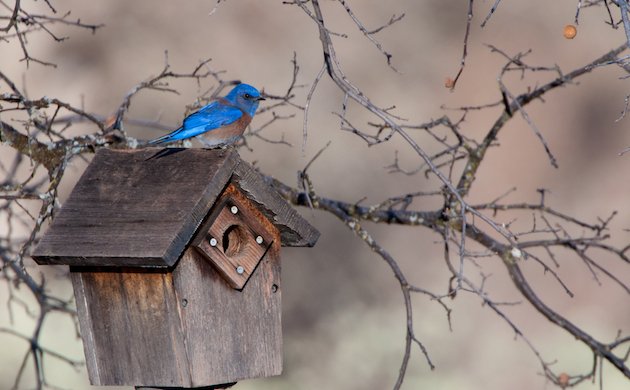 « Previous post
Week Fourteen: The Center of Australia, and Sydney Part #1
Next post »
Scarlet and Indigo at the Forest Park Waterhole