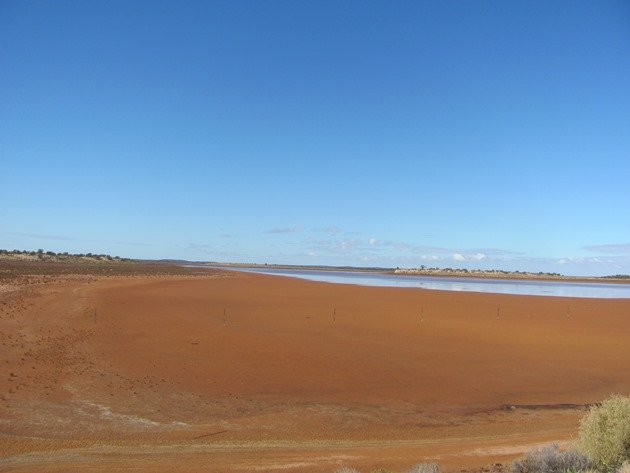 On our recent camping trip away that saw us going as far south as Burra Rock Conservation Reserve we travelled the highway south from Wiluna to Leinster. There is a lake system called Lake Miranda about 37 kilometres/ 23 miles before you get to Leinster and although it is very large lake system there is no guarantee that there will be any water in it at all. Many of the lakes and rivers in Western Australia only contain water after significant rainfall and it may not happen every year! Having visited Lake Violet on the outskirts of Wiluna to find not even damp ground we were not too hopeful of finding water at Lake Miranda, but slowed down as we approached the area. Lake Violet near Wiluna had not been a disaster despite the lack of water, because we found our first Orange Chats, Crimson Chats and White-winged Fairy-wrens for the year! Lake Violet is located at 26 39 11. 29 south and 120 15 56. 41 east for those of you who want to see a dry lake! Lake Miranda is located at 27 40 55. 02 south and 120 32 46. 09 east, but the image is from 2005 and there was ample water that year! The photo above is what we first observed as we approached the lake system and pulled over to the edge of the road. Hundreds of Red-capped Plovers lined the edge of the lake system. We came to an area where we could pull off the highway and noticed a track, which of course we took! It was odd that there was one red sand dune in the middle of the scrub, which is clearly visible on Google Earth at 27 39 41. 14 south and 120 33 31. 03 east. We had not gone far along the track and we suddenly realised that not only were Welcome Swallows swooping around our vehicle, but there were four White-backed Swallows roosting directly in front of us! We have only ever observed this species in flight, so it was rather special. I didn’t just want to enjoy observing them at such close proximity, but hopefully get photographs without having to take them through the windscreen! The White-backed Swallows cooperated quite well and then took off to swoop around our vehicle alongside the Welcome Swallows. The whole area was covered in the most bizarre looking plants, which we don’t know the name of! A Parks and Wildlife officer in Kalgoorlie told us that he called them the “dreadlock plant”, because that is just what they looked like! They are obviously a salt bush that loves the area. Among these bizarre plants we observed Orange Chats, Crimson Chats, Zebra Finch and Crested Pigeons. Large numbers of Australian Shelduck lined the edges of the main water body on our right as we moved slowly along the track. Further out there were several dozen Red-necked Avocet and Black-winged Stilts in shallow water feeding. The whole lake was full of rapidly feeding Banded Stilt and we noted over 420 in the area that was visible to us. Other species in the area included Black-faced Woodswallows, Whistling Kites, Singing Honeyeaters, Horsfield’s Bushlark, Wedge-tailed Eagle and Black-shouldered Kite. We only spent about an hour and a half at Lake Miranda and no doubt you could spend a lot longer there absorbing the wildlife! Of course there is no guarantee that the lake system has water in it, but if you happen to be driving between Wiluna and Leinster than it is worth slowly down and having a look! 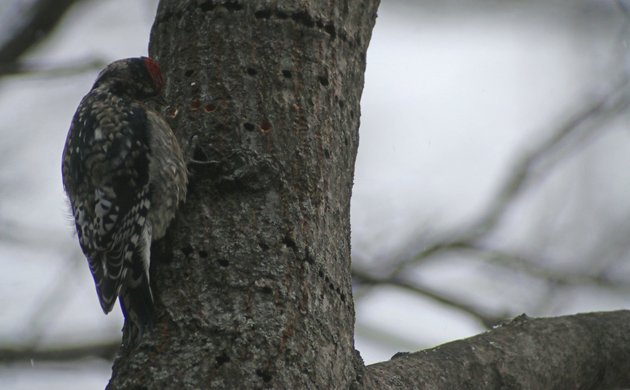 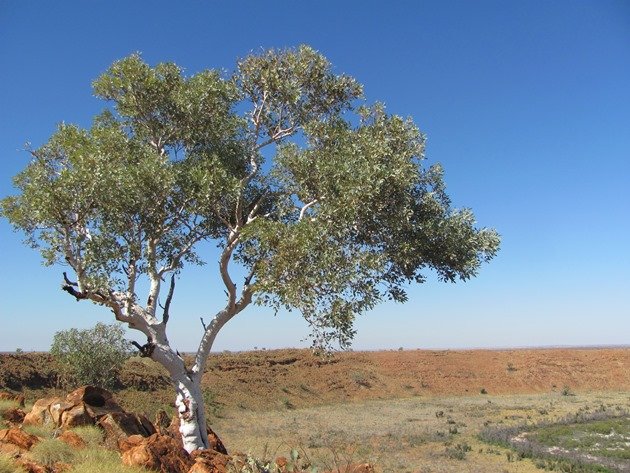 Where Are You Birding This First Weekend of August 2015?