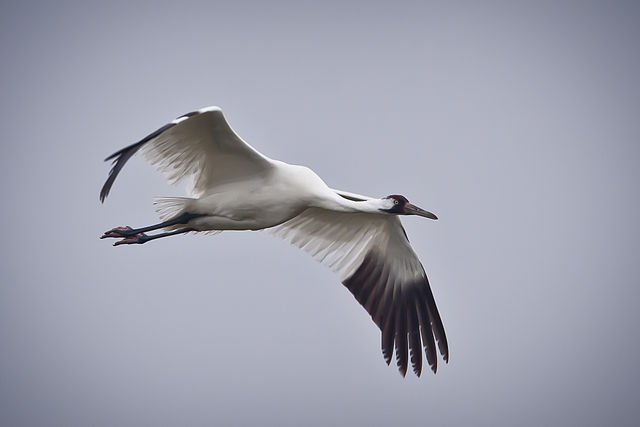 It looks like Whooping Cranes will have to find another way to fly. The U.S. federal government’s Operation Migration program, which has used ultralight aircraft to teach migration routes to the endangered cranes, has flown its last group of Whoopers from Wisconsin to Florida.

Over 15 years, the program sought to boost the cranes’ numbers and enable them to someday flourish without intervention. But this interaction with humans apparently interfered with adult birds’ ability to successfully mate and rear chicks.

Let’s hope that the eastern population of Whooping Cranes manages to find another way to rebound, and that their wild cousins who migrate from Texas to Canada and back also thrive.