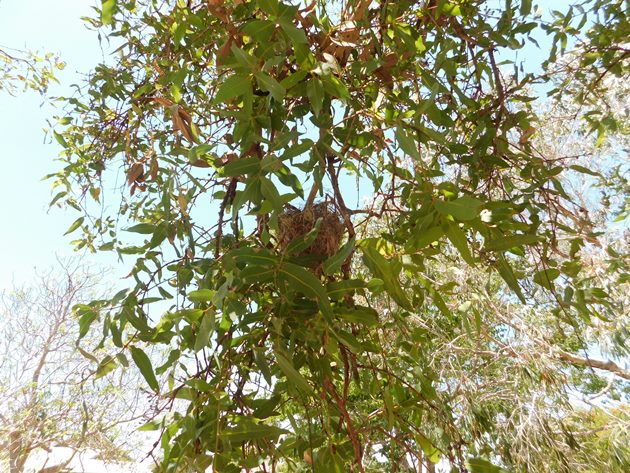 Our daily walks to our two local parks with our neighbour’s dog are currently quite a dangerous affair. The Little Friarbirds are nesting and they are not happy as we approach the trees. With a dog you have to approach the trees for obvious reasons. The Little Friarbirds swoop down at us whilst we try and move through the park. The small black Pug is oblivious to the swooping birds, because he has things to smell.

The Little Friarbirds nests hang precariously in between the branches made with mostly natural fibres. Several years ago a Little Friarbird nest was dislodged in strong winds in the park. Grant was able to attach it in a lower more stable position and the birds fledged. I have been able to photograph four of the nests. There are eggs in the nests, so it won’t be long and there will be young and no doubt it will become even more dangerous to walk through the park. We have not had a Little Curlew visit this park as far as we know this year! 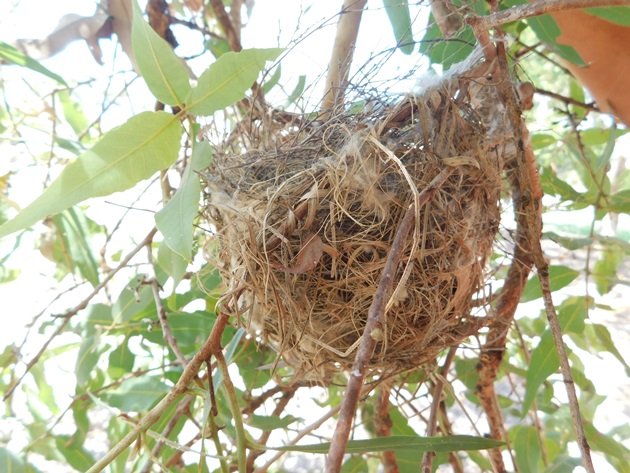 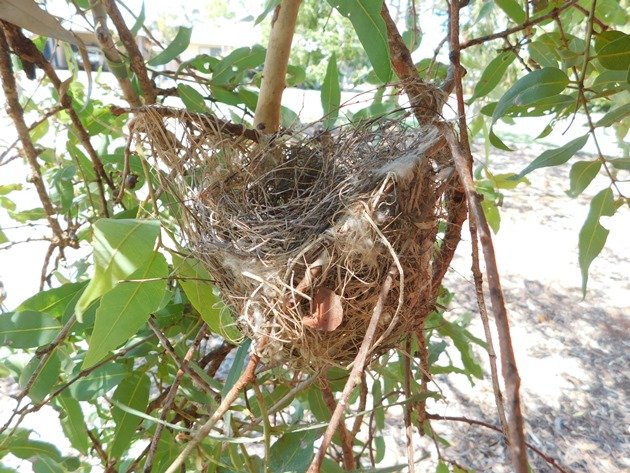 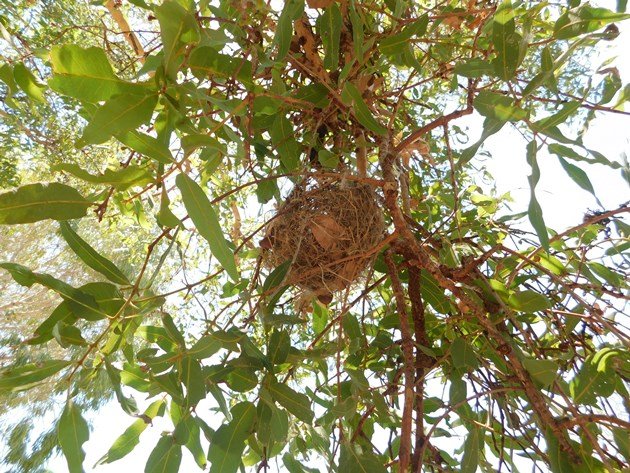 The next Little Friarbird nest is at Cygnet Park where the Great Bowerbird continues to thieve from surrounding houses. It is somewhat higher than the other nest and has more unnatural items in the construction. One interesting item is a “wet wipe”. It may well be of strong construction and may well last long after the nest has been vacated. Sadly we live in a world where birds are often tempted to use unnatural items in their nest construction. 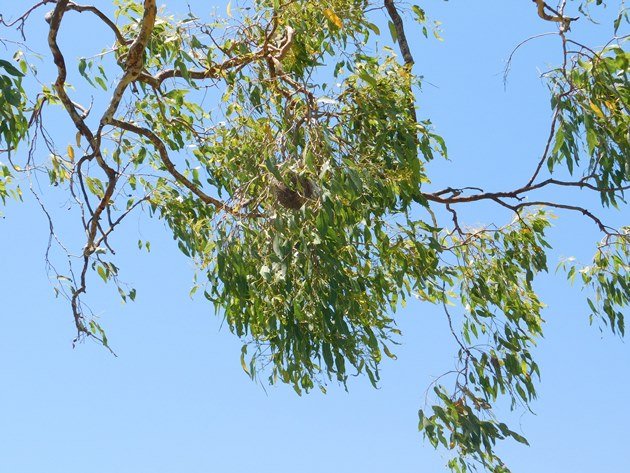 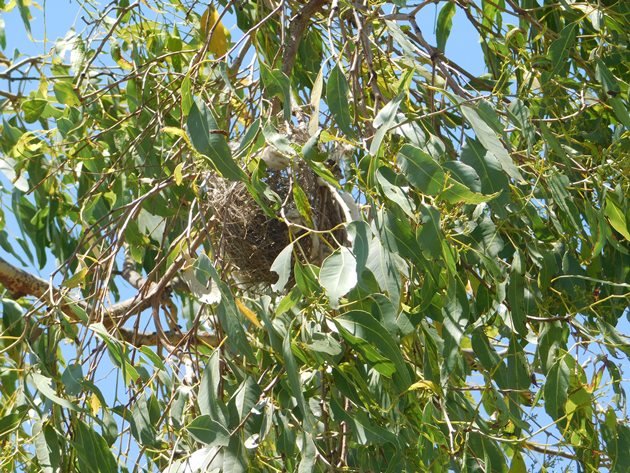 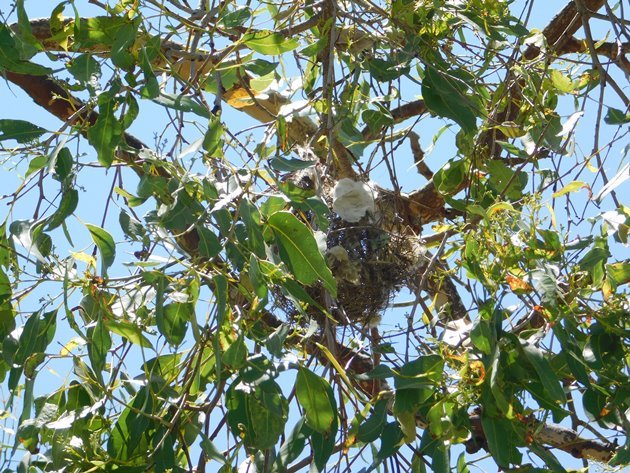 Another Little Friarbird nest very close by in the same park is mostly natural. More Little Friarbirds breeding and more birds swooping! It is not just the Australian Magpie that is dangerous! 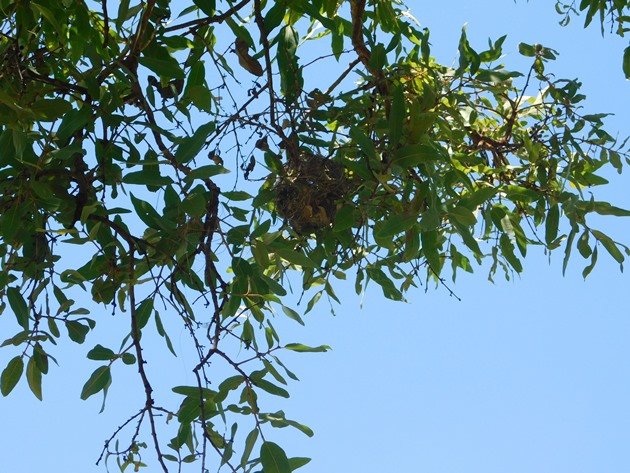 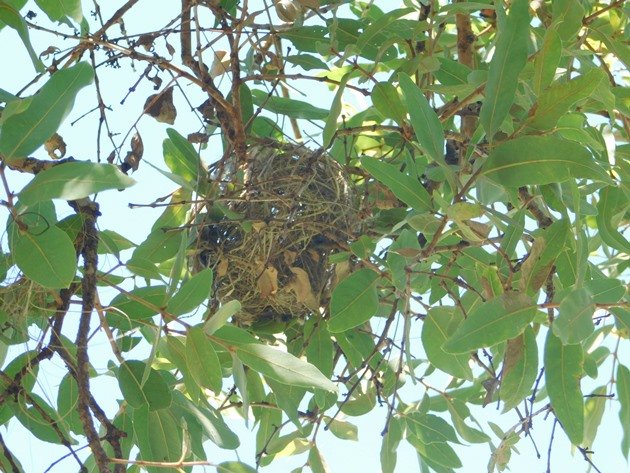 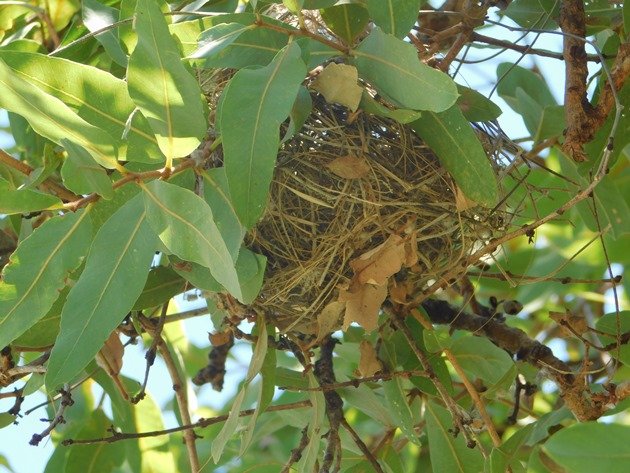 We noticed another nest that is being taken apart by Little Friarbirds. It has not been used recently and they are taking advantage of it. They are pulling the sticks out and carrying them away to be used nearby. 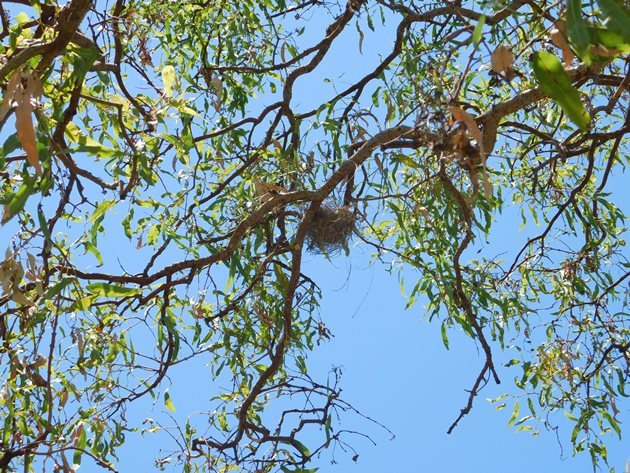 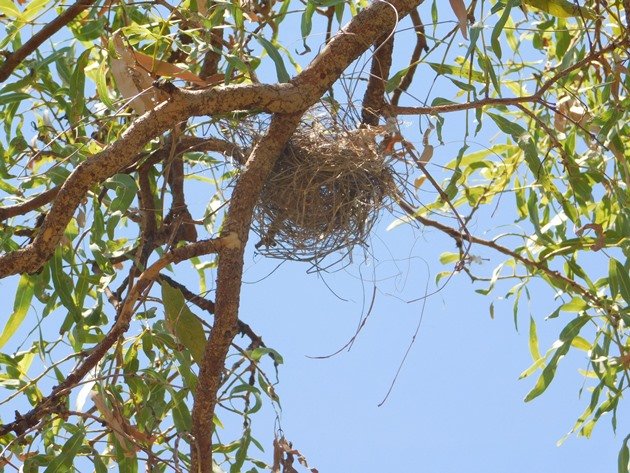 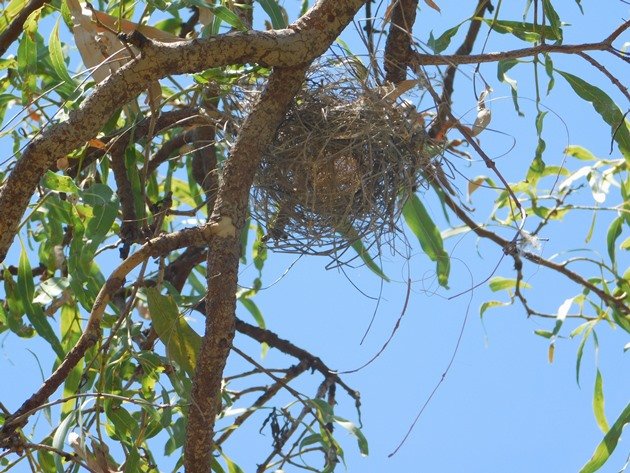 Little Friarbirds are dismantling this nest

Little Friarbirds are common around Broome. We have occasionally seen large flocks of them when there are a lot of native trees in flower. At Ellendale Dam the numbers can be overwhelming as I discussed a few years ago.

We will continue to enjoy walking the local parks, but be aware that there are some trees that are not as safe to approach as others! 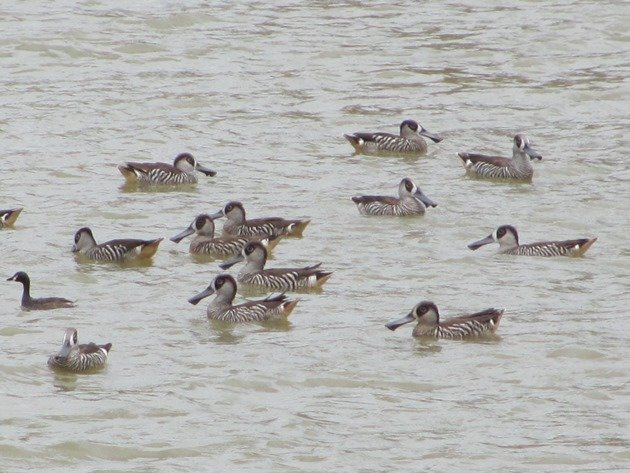 « Previous post
Best Bird of the Weekend (Second of November 2020)
Next post »
Peterson Reference Guide to Bird Behavior, by John Kricher — a review