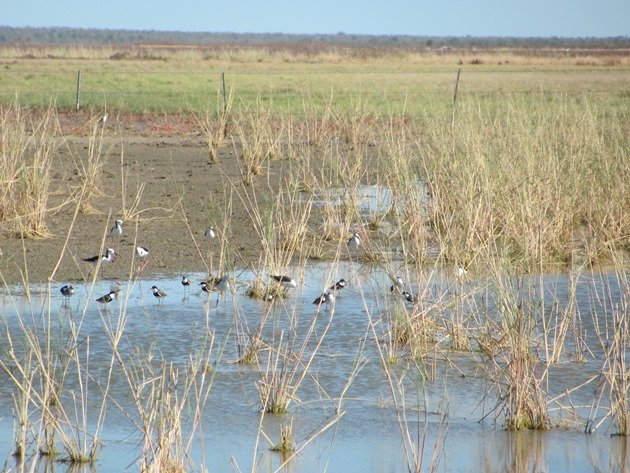 You only have to look back over the past few months of my posts this year to realise that we have been inundated with birds breeding in the Broome area after substantial wet season rains early in the year! Hardly a week has gone by without us encountering more birds breeding in the Broome area and it continues along our coast now with our resident shorebirds. This year has seen unusually high numbers of Red-kneed Dotterels in the Broome area and they are a larger shorebird than the more commonly encountered Black-fronted Dotterel. Red-kneed Dotterels-Erythrogonys cinctus are an Australian endemic shorebird that are found at wetlands throughout most of Australia, but are not always present .Red-kneed Dotterels arrived in large numbers of over several thousand individuals this year and they have bred close to ephemeral lakes and even against the flooded highway leading out of town towards Port Hedland. The adult Red-kneed Dotterels have distinct bright colouring and form loose flocks around the edges of the muddy lakes. 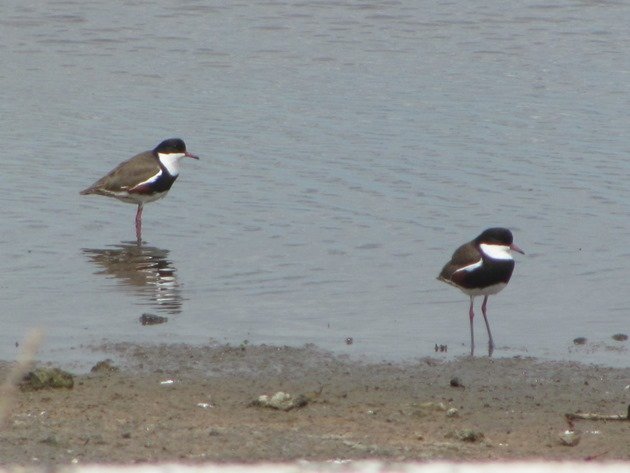 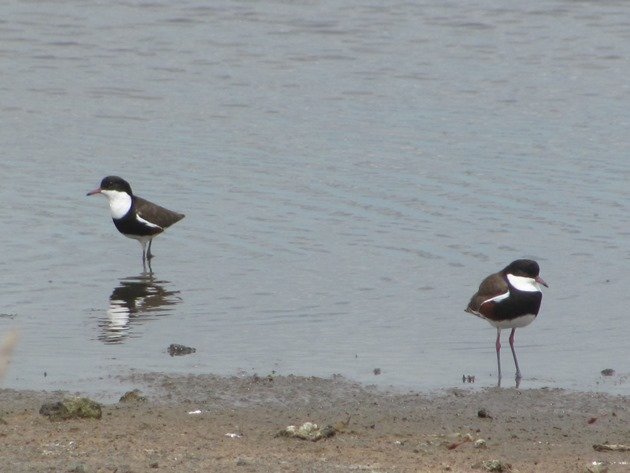 We have come across some very young Red-kneed Dotterels over the past few months and the very young chicks do have unique individual plumage the same as we encounter with Pied Oystercatcher chicks. The pattern on the back of each chick is slightly different. It has been unavoidable to walk through muddy wetland areas this year without encountering young birds of many species and we have moved on as fast as is practical. 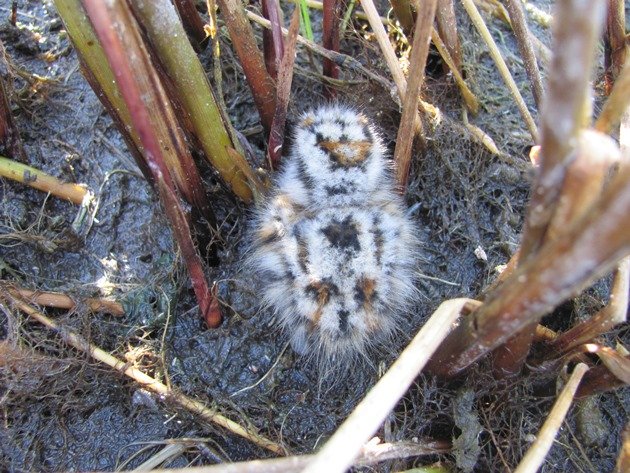 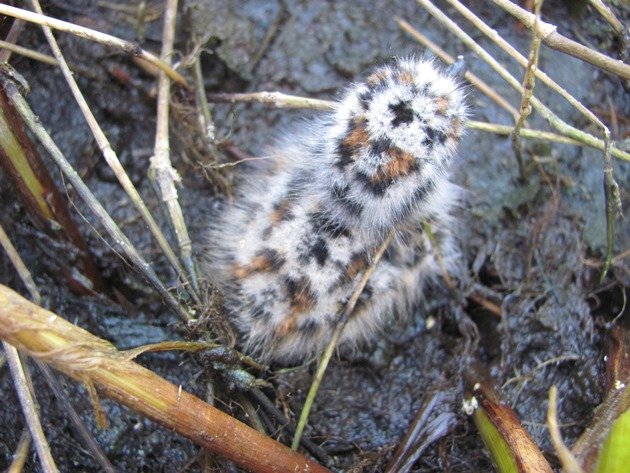 As the Red-kneed Dotterel chicks develop they are more likely to be seen running ahead until they can find a place to hide. The bird below started to run, but then stopped to look at why we had stopped moving and I was able to photograph the situation. 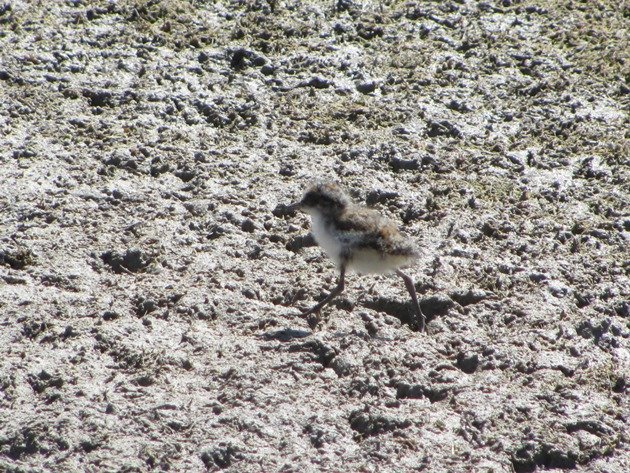 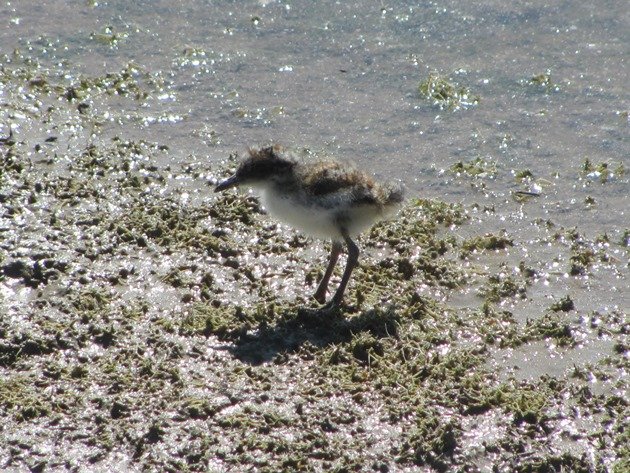 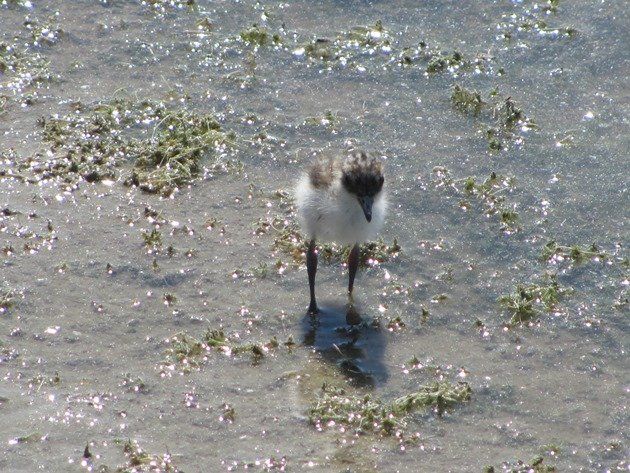 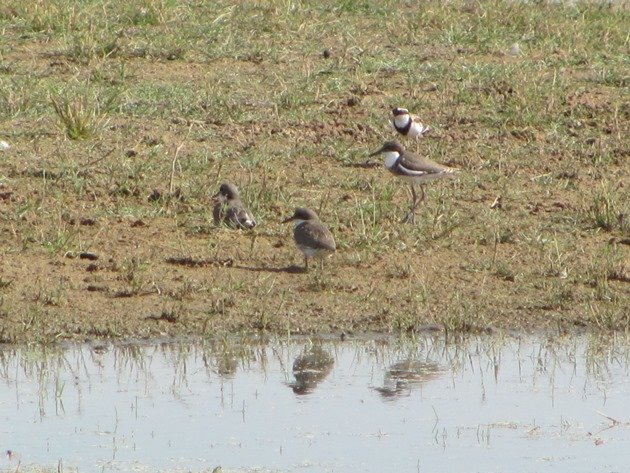 This year has been rewarding in so many ways with the arrival of so many species of birds to the Broome area, but especially so because so many of the birds were able to successfully breed here under the ideal conditions. 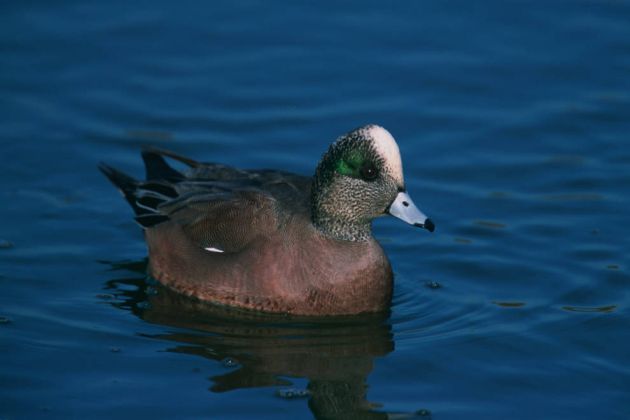