My spark bird was the Red-tailed Hawk that lives next to Central Park, the one named Pale Male I’ve always been a little embarrassed about this. There have been three books written about Pale Male and 2 movies made about him, and saying that he was the bird that sparked my birding obsession makes me feel like I am living out an urban cliché. The truth is that I was. It wasn’t just the sight of the hawk sitting directly above me, in a tree by the Central Park Reservoir, that made me stare and think. It was seeing this incredibly huge bird sitting against the backdrop of the dignified buildings that line Fifth Avenue, and seeing New Yorkers walking their fast New York pace below the hawk, ignoring my pointing finger. “Look, a hawk,” I called out to random people. No one looked but me. It was rush hour on a cold, snowy day and everyone was anxious to get home. This is what got me, the incongruity. The incipient ferociousness of the hawk set against the skyscrapers, the Red-tail’s stillness against the human rush.

I thought of this experience as I read Still the Same Hawk, a collection of twelve essays about nature and New York City, edited by John Waldman. The essays vary widely in tone, reflecting the backgrounds of their authors–academics, professional writers and memoirists. There are thoughts about the possible futures of New York City, based on how we reclaim our waters and where we invest our resources, and there are descriptions of how to teach urban college students to value their natural, usually unseen surroundings, and there are essays expounding the “duality” of living in a world of cement and steel where plants and hawks and rats and butterflies insist on making their presence known.

Not surprisingly, I found the most compelling essays were those by people who had had similar experiences to mine. In Monarchs of the Urban Mind, Betsy McCully writes evocatively of a Sunday in September 1984, when “thousands of monarch butterflies descended from the sky to nectar on seaside goldenrods” in her Coney Island neighborhood. The magical happening opened up for her an inquiry into the natural, geological history of the city, and her essay becomes a meditation on natural change and human change, and finding one’s place between the two.

Dara Ross, a writer and teacher, recreates the feeling of community shared in a working-class immigrant neighborhood by the spontaneous creation of a “Corner Garden”. The garden is reclaimed from a garbage-filled lot; the neighborhood people, old and young, from small islands in the Caribbean and South Carolina, clean the lot and plant flowers and vegetables that have meaning to them. The garden becomes the center of the neighborhood. “It was a place for people who were not fortunate enough to have their own private plot of back yard to grow vegetables or flowers. It was a place where one could share in the joys and rewards of nurturing and growing things.” And, then, sadly, the community fades when the city reclaims the plot for development, and it feels like a death when they cut down the apple tree, the source of fruit for jams, jellies, and stories.

And, in “Public Place, Brooklyn”, Kelly McMasters depicts the other side of nature in the city, in a memoir about living in a basement apartment near the Gowanus Canal. Attracted to the place by a garden in the back and an open lot across the street, the author soon discovers that the area is toxic, poisoned the manufacture of gas back when gas was made from coal. And, the lot that is ironically officially named “Public Place” will never be the park promised by the city back in the 1970’s, that you can only walk in it safely in hazard suits and that the area, eventually inducted into the Superfund program, might be safe for people (and birds, I assume), in a decade or so.

These essays are not about birds; they are about the connection between the soul and nature, and about relationships that develop because of nature, which is for me what birding is all about. They succeed because they are honest and simple, even when they incorporate scientific data. I wish I could say the same about the other pieces of writing here. I usually enjoy collections of articles and essays, they allow me to sample different writers and different ideas. But, a collection needs to have a wholeness, a theme or a goal that brings its diversity of content together. That wholeness is missing here, probably because it is not clear exactly what is the book’s purpose. John Waldman, the editor, defines the book as a collection of “creative nonfiction essays” that are “reflections by naturalists and urbanists that should not only inform the role of nature in New York City, but in urban centers across the world”. But, the essays are too varied in tone and content, and in some cases lack the depth necessary to achieve this level of intellectual influence.

This is probably due to the book’s origin as a conference on “Why Nature Matters to New Yorkers”, held in 2005 at the City University of New York. You can hear the authors speaking as you read, you can even see in the black-and-white illustrations some of the slides that must have been presented. Most of Waldman’s Introduction, for example, is based on five photographs and drawings illustrating random, perhaps representational, examples of how New Yorkers relate to nature in the past (a shark is killed in the Gowanus Canal in 1950) and the present (the fight to re-install the nest of my spark bird, Pale Male). It is unclear why it took so long for the book to be published, and though some of the original presentations appear to have been updated, I think the book’s unevenness stems from the fact that it is a combination of conference presentations made over five years ago and essays written as essays, that is, text meant to be read.

There are essays here, in addition to the three I talked about earlier, that I think 10,000 Birds readers will enjoy. Queens birders will get a kick out of William Kornblum’s “A Land Ethic for the City”, in which he takes his Queens College students on a geological tour of Kissena Park, describing it, as well as Alley Pond Park and Jamaica Bay, as cogs in the city’s network of waterways. It is a different way to look at the birding patches we love. Anne Matthews’ too-brief musings on the possible futures of the city offer cinematic utopian and dystopian possibilities to ponder. Especially Urban Vision #4, New York City inalterably changed by global warming into a place of dramatic weather. She writes, “it is entirely possible that by 2050, Battery Park City, the Rockaways, Coney Island, Alphabet City, Red Hook, Jersey City, and much of the financial district will all be drowned land.” Yeah, I paused too when I read that. And, I put Matthews on my list of writers I want to read in 2013. This book is not a must-buy, but it is a good entryway to interesting nature and environmental writers. I suggest reading a library copy, so you can sample the twelve very different nature writers presented here. Some of them are even birders.

We are going into 2013 with local and global questions about land use and coastal rebuilding and rainforest conservation and global warming looming large. As much as we have been rejoicing about seeing Razorbills in Florida and Evening Grosbeaks in Brooklyn (well, some people saw them, not me), we know that there is a reason this happens, and it ain’t a good one. My resolution for 2013 is to think and read a little more about these issues. Just a little. Otherwise, it becomes overwhelming. What is yours? 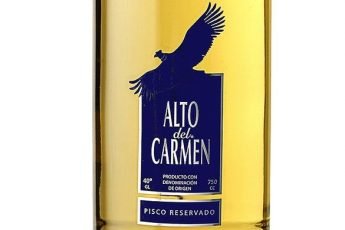