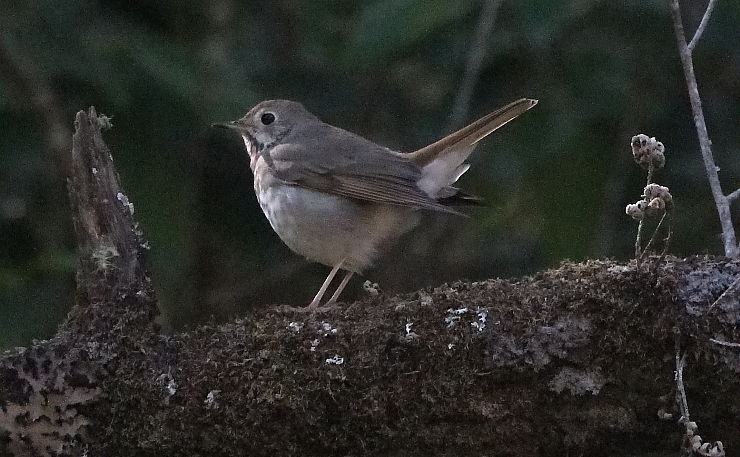 So here are some numbers: As I write this, on March 24th, my 2022 list includes 239 species, all from within the state of Michoacán. The latest species I picked up is the Spotted Wren, a rather common endemic here that I had somehow managed to not see, until three turned up in my garden this morning.

239 is easily enough to keep me at the front of the pack on eBird for Michoacán. But then, there is still not that much competition here. 239 is only good enough to place me at #280 for the nation of Mexico; even twice that number would not put me in Mexico’s top ten. Still, 239 would currently put me at #1 in 46 of the U.S. states — all but Florida, Texas, Arizona, and California. This, in spite of the fact that I am not, repeat, I am not a great birder. Nor do I spend more than a half daybirding each week.

In other words: It’s good to live in Mexico.

239 also means that I have already seen more than 80% of the total number I can expect to see in Michoacán this year. I means that the point is inevitably drawing near, when I will go through my first week of 2022 without seeing a First of Year species. (I reached that milestone last year in the first week of May.) And it means that it is getting harder and harder to find FOY birds.

Still, Kilómetro 23 is not one of my best sites. I mostly went there on the 21st because I had driven so far the previous week, and wanted to go someplace closer to home. The 44 species I saw there were a fairly typical result for the site; nothing spectacular for Michoacán. In fact, I went there suspecting that this trip might make the week my first of the year without any FOY birds. However, my fears were not realized. That would be thanks to the thrushes.

I had already seen 7 thrush species this year, although none bear the simple name “Thrush”. There were Bluebirds, Robins, Solitaires, and Nightingale-Thrushes. But, somehow, I had not yet seen any of the more simply-named White-throated Thrushes or Hermit Thrushes… until Kilómetro 23.

This White-throated Thrush is from another date; March 21st’s birds were not very cooperative during their photo shoot.

A single Hermit Thrush, shown here and above, was much more cooperative.

Of course, there were 42 other species there, and a few did choose to pose nicely.

Acorn Woodpeckers somehow manage to look presumptuous and ridiculous at the same time.

This Tufted Flycatcher gave me some stink eye.

March is an awkward time of year for male Summer Tanagers. Don’t worry, he’ll be all red soon.

The same can be said for male Indigo Buntings, soon to be all blue. I saw this one at a drier spot, on the way home.

Best Bird of the Weekend (Fourth of January 2011)