September 3, 2022 by Patrick O'Donnell No Comments 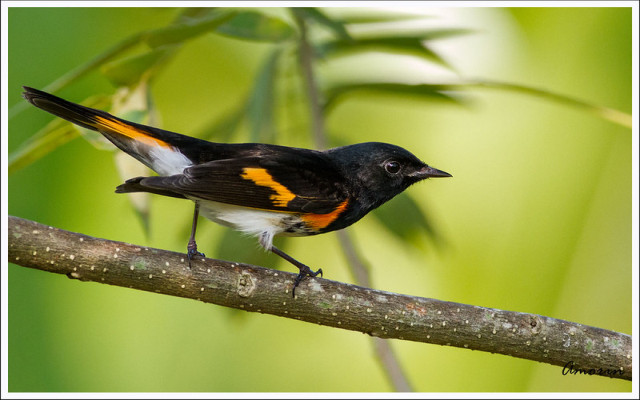 I saw a redstart the other morning, my first of fall migration. If I lived in another hemisphere, I might be talking about the Common Redstart or other chat species with a flash of red in the tail. In Costa Rica, we have a couple resident redstart species (that actually show white in the tail) but I can see them on any visit to montane habitats. The bird I watched the other day was the same species that birders see in the maple and oak woodlands of eastern North America, the same species I commonly saw during so many past migrations, spring and fall.

I still recall the first ones I saw, a few female or young male birds flitting between the pine trunks at a campground in Alleghany State Park, the southern tier of New York state. I must have been petty young, was probably around nine. I watched them for some time, they were tame and they were lifer redstarts! And yet, they didn’t have red, they had yellow. I still recall pondering that, as if not seeing a wicked Halloween male with red in its plumage still counted. I quickly accepted that it of course did, that my sighting of those American Redstarts was valid. Since those early 1980s days, I’ve been blessed to see hundreds in various places.

In Costa Rica, I don’t see nearly as many but there are always a few, here and there. On their wintering grounds, they can occur in second growth, forest, and other habitats, I suppose any leafy and buggy place will do. Maybe that’s why they are often in mangroves? Try some winter Costa Rica birding in that habitat and you’ll probably see a few redstarts among the many Prothonotary Warblers and tail dipping Northern Waterthrushes.

The one I saw the other day was a young male foraging out back, using an important riparian zone in urban surroundings. All habitat is important, especially during these crucial Anthropocene times but wooded riparian zones near houses and farms seem to be especially needed. The one out back acts as an urban refuge for wren species, Red-crowned Ant-Tanager, Barred Antshrike, and many other birds. It’s also used by migrant species. For migrants, all green space is good and this spot is no exception. I’ve seen species of concern; Cerulean and Golden-winged Warblers, Olive-sided Flycatcher, and several other birds that survived the long trip from thousands of kilometers to the north.

“American Redstart (immature male)” by Becky Matsubara is licensed under CC BY 2.0.

The fact that they use this and other wooded zones makes such places extremely important but they are also essential because people need nature, now more than ever. These ribbons of green are also streams of gold brocade, natural treasures and yet too often overlooked and sadly ignored by eyes trained for television, tablets, and forged plastic. Such modern vision is focused on a false path to happiness. For long term survival and wellbeing, we need to get more people refocused on nature near them, help them realize that they are connected to and rely on healthy ecosystems.

Maybe they could relearn that connection by watching the antics of an American Redstart?

The other morning, along with a Red-eyed Vireo seen a minute after, that American Redstart was the first fall passerine migrant out back. I wonder what else will appear? I hope to see more, i’ll be watching.

The feature image in this post was taken by Jose Amorin. Please see image information and a link to his photography here: 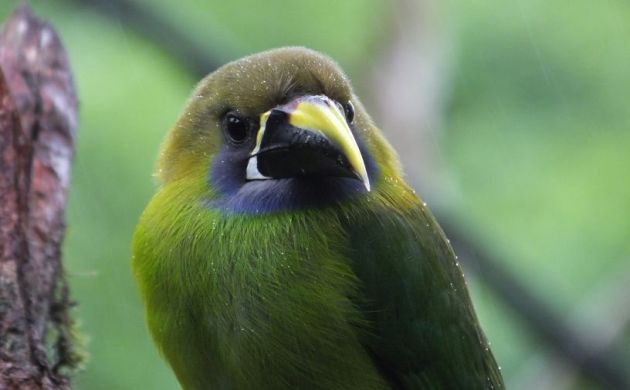 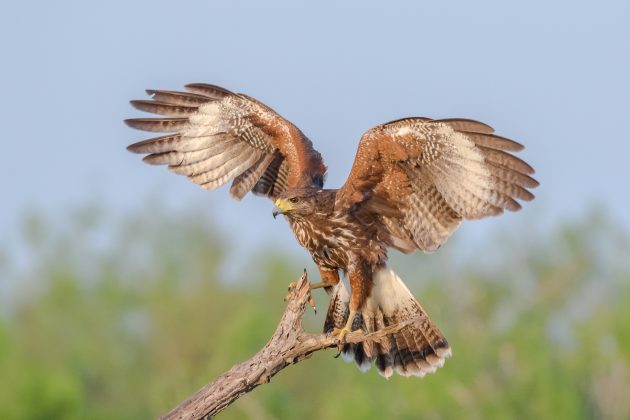