301 Snowy Owls in One Weekend!

How’s this for an exciting weekend?

The linked post, from The Bruce Mactavish Newfoundland Birding Blog, also has a possible explanation for where all the Snowy Owls in this amazing irruption year are coming from:

First I found out where Snowy Owls were in low to normal numbers in the Canadian Arctic (Rankin Inlet on western shore of Hudson Bay, Igoolik on the Melville Peninsula and northern Baffin Island including Bylot Island – information thanks to Alastair Franke, University of Alberta).   Greenland was also ruled out as a source where David Bortemann in communication with biolgists working around Greenland reported normal or low numbers of Snowy Owls during the summer of 2013.  In the end several sources pointed to Northern Quebec as having a big lemming year and a boom year for Snowy Owls.  I don’t have many details yet but this mind boggling picture below is probably enough to answer the question about the location of the source of the current Snowy Owl influx in eastern North America.

What’s the most Snowy Owls you’ve seen in a weekend? My record, which I was pretty happy about until reading Bruce’s blog, is six. 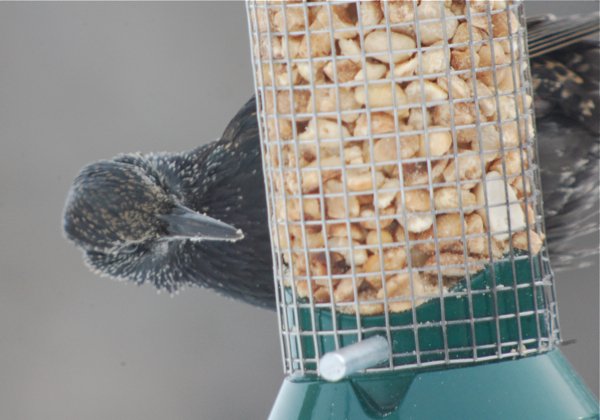 City Cracks Down on Unseemly Birdfeeders

Are Boas Preying on your Wild Parrots?