Although legislation passed by Congress is more visible, most regulations are issued by the vast federal bureaucracy. For those interested in avian conservation, some knowledge of the bureaucratic process is useful, as it is used to implement many important conservation laws. For example, the process applies to, among other things, the listing (and delisting) of species under the Endangered Species Act and interpretation of the Migratory Bird Treaty Act.

The U.S. Fish and Wildlife Service (FWS) recently sought public comments on its proposal to permanently add a hunting element to the Duck Stamp art competition. Duck Stamp sales have provided more then $1 billion dollars to protect more than 6 million acres of waterfowl habitat and many birders purchase a stamp every year. Thus, the FWS proposal provides a relevant case study for birders to review the bureaucratic process.

Congress generally legislates in broad terms, leaving the specifics to administrative agencies. For example, Congress passed the Migratory Bird Hunting Stamp Act in 1934, but it did not mandate specific rules for a Duck Stamp Competition. Instead, the rules have been drafted by FWS, which runs the competition. Winners do not receive compensation, but artists maintain the copyrights to their works and may sell prints of their designs.

Like most federal regulations, the contest rules are created using a well-established “rulemaking” process. The federal rulemaking process is governed by the Administrative Procedure Act (APA).

There are numerous arcane rules for the Duck Stamp competition, and they are published in the Code of Federal Regulations (CFR), which is the codification of rules published by federal agencies. For example, 50 CFR § 91.13 sets forth technical requirements (e.g., size, medium, frame, etc.) for submission of an entry. And each year, there are no more than five “eligible species” for the contest, and those are chosen from a larger list set forth in 50 CFR § 91.4.

In this case, the proposed rule was changing the artistic requirements for the competition. The existing regulations (50 CFR § 91.14) explain that a portrayal of waterfowl must be the dominant feature of the design, but that the design may depict other elements provided the bird is in the foreground and clearly the focus of attention.

FWS proposed to make this a requirement for every future competition. Thus, the proposed rule sought make permanent the requirement that design have a theme celebrating “our waterfowl hunting heritage.” In a press release, Secretary of the Interior David Bernhardt said that “[h]unters and anglers are the backbone of American conservation, and the Duck Stamp is one of the many ways they contribute to conserving America’s waterfowl and wetlands throughout the country.”

Because many non-hunters purchase Duck Stamps to conserve waterfowl and other wildlife, there was substantial opposition to this proposal, even as many acknowledged the tremendous contributions that hunters have made to waterfowl conservation.

The Friends of the Migratory Bird/Duck Stamp opposition was typical (lightly edited):

[T]his proposal will not increase Contest participants, generate increased Stamp revenue, grow the number Stamp collectors, expand sales to nonhunters, and will not raise appreciation for the Stamp itself. We feel the pending permanent rule change will negatively impact the Stamp and the Stamp Art Contest…. In 1976, Congress changed the name of the Stamp from “The Migratory Bird Hunting Stamp” to “The Migratory Bird Hunting and Conservation Stamp” in order to acknowledge the rich tradition of the broad diversity of duck stamp supporters. This proposal is a step backward and should not be implemented.

Opposition to the proposed rule was significant, as evidenced by the 716 comments by both individuals and organizations.

I had never publicly commented on a proposed rule and Duck Stamp sales have contributed to many of our finest birding locations, so I commented as well, as did other birders. The online public comment process is quick and easy.

The comment period closed on March 16, 2020. I have not reviewed every comment, but my sampling indicates that the overwhelming majority of commenters, including many hunters, opposed the proposed rule.

FWS is now obligated consider the “relevant matter presented” in the public comments and must incorporate into any adopted rule a “concise general statement” of the “basis and purpose” of the rule, which must also be published in the Federal Register.

But even “final” rules are not necessarily final, as they can be challenged in federal court and set aside if they are found to be procedurally flawed or “arbitrary, capricious, an abuse of discretion, or otherwise not in accordance with law.” The Trump Administration has lost numerous cases because it simply failed to follow the APA, by either not complying with the required procedures or by failing to justify proposed rules.

UPDATE (5/8/20):  FWS issued a final rule that was unchanged from the proposed rule. The responses to the public comments are perfunctory (e.g., “The Service made no changes to the final rule in response to these comments”), but the decision whether to emphasize a specific element of Duck Stamp history is a subjective value judgment rather than a science-based or fact-based decision. Thus, for the foreseeable future, Duck Stamps will have a waterfowl hunting theme. 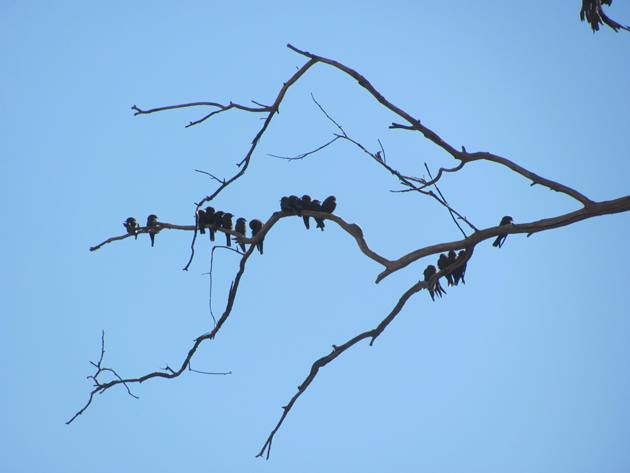 Where Are You Birding This First Weekend of September 2010?