Last year, I wrote about the rulemaking process used by the Trump Administration to change the requirements of the art contest for the Federal Duck Stamp. The change was to “permanently” require a mandatory hunting element in each submission.

This year, the Biden Administration used the same administrative process to undo that “permanent” change.

Like most federal regulations, the regulations that govern the Duck Stamp competition are created using a well-established “rulemaking” process, which is governed by the Administrative Procedure Act (APA).

The Trump Administration had argued that “hunters and anglers are the backbone of American conservation, and the Duck Stamp is one of the many ways they contribute to conserving America’s waterfowl and wetlands throughout the country.” And in order to reflect that contribution, the Administration proposed that the Duck Stamp contest have a mandatory hunting element. Historically, such elements had been allowed but were not required. The proposal essentially meant that all submissions had to include a dog, decoy, blind, or some other hunting element.

Of course, hunters are not the only ones who conserve waterfowl or purchase Duck Stamps, and the proposed rule was controversial. Opposition was significant, as evidenced by the 716 comments by both individuals and organizations. My high-level review of the comments indicates that the overwhelming majority of commenters, including many hunters, opposed the proposed rule. But the Trump Administration persevered and issued the final rule anyhow.

After the 2020 election, the Biden Administration stated that it would revisit the issue, and, on June 22, 2021, FWS proposed a new rule to effectively undo the Trump Administration Rule.

This proposed rule would remove the permanent “celebrating our waterfowl hunting heritage” theme and the mandatory inclusion of an appropriate hunting element beginning with the 2022 contest; revise the judging requirements to consider that the entries reflect this theme; and revisit the qualifications for selection as a judge. Since the implementation of the 2020 final regulations, many stakeholders have continued to express their dissatisfaction with this element being a requirement for all entries.

The Biden Administration’s proposed rule was far less controversial, and it received a fraction of the comments (just over 200). FWS did not make any changes in response to the comments and the final rule was published on August 25, 2021.

Under the new rule, things will be just like before the Trump Administration rule: “The regulation still requires the live portrayal of one of the eligible species as the dominant feature. Hunting accessories and scenes, such as dogs, decoys and blinds will be optional components and their inclusion will be left to the artist’s discretion.”

So, after years of rulemaking, we are back to where we started. Nevertheless, because the rules for the 2021 Duck Stamp contest (which will be held September 24-25, 2021) had already been made public, the new rules will apply starting with the 2022 contest.

Of course, funds from the sale of Duck Stamps support some of the best birding locations in the country. 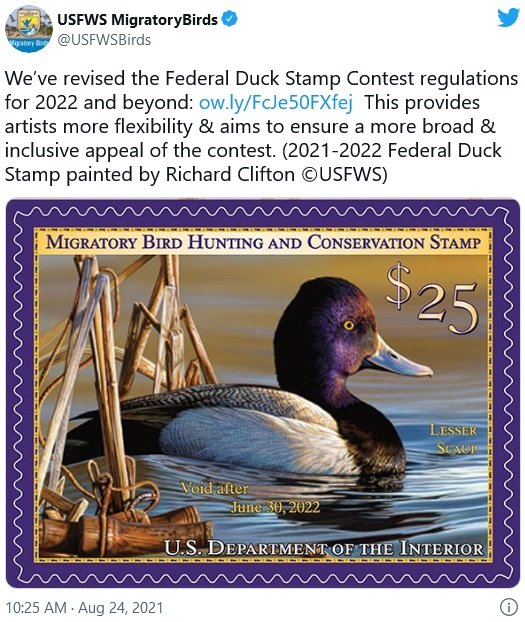 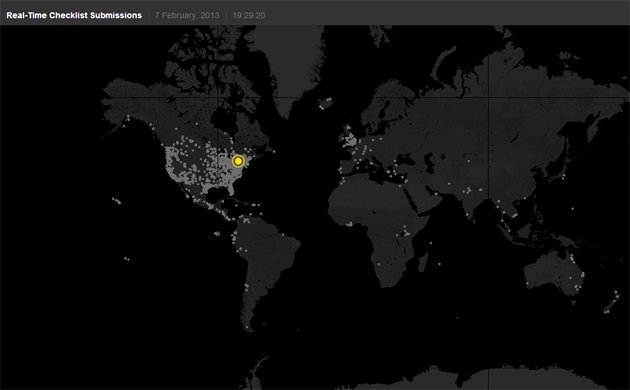