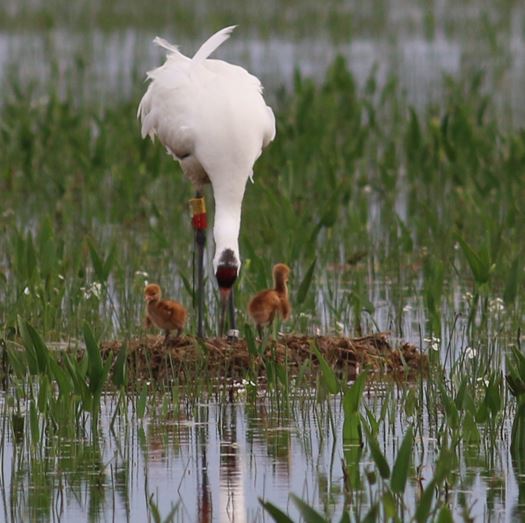 In the fight against extinction, score one—actually, make that two—for Whooping Cranes. For the first time in 75 years, a pair has successfully nested in Louisiana, producing not one but two fuzzy, wild-born chicks. With the bird’s total population hovering roughly 600, every new addition counts—and counts big.

For a bird that’s teetered on the brink of disaster for a century, and even still suffers tragedies, the birth of twins is wonderful news! To keep up with the latest, check out the Whoopers’ Facebook page. (Warning: cute baby alert!)

Photo by Louisiana Department of Wildlife and Fisheries